// * Anna Ardin (the official complainant) is often described by the media as a “leftist”. She has ties to the US-financed anti-Castro and anti-communist groups. She published her anti-Castro diatribes (see here and here) in the Swedish-language publication Revista de Asignaturas Cubanas put out by Miscel?neas de Cuba. From Oslo, Professor Michael Seltzer points out that this periodical is the product of a well-financed anti-Castro organization in Sweden. He further notes that the group is connected with Union Liberal Cubana led by Carlos Alberto Montaner whose CIA ties were exposed here. Note that Ardin was deported from Cuba for subversive activities. In Cuba she interacted with the feminist anti-Castro group Las damas de blanco (the Ladies in White). This group receives US government funds and the convicted anti-communist terrorist Luis Posada Carriles is a friend and supporter. Wikipedia quotes Hebe de Bonafini, president of the Argentine Madres de Plaza de Mayo as saying that “the so-called Ladies in White defend the terrorism of the United States.”

However we do not have to accept the single-bullet theory. Life is more complicated than that. In addition to her anti-Castro, pro-CIA streak, Anna Ardin apparently indulges in her favorite sport of male-bashing. A Swedish forum reports that she is an expert on sexual harassment and the male “master suppression techniques”. Once, as she was lecturing, a male student in the audience looked at his notes instead of staring at her. Anna Ardin reported him for sexual harassment because he discriminated against her for being a woman and because she claimed he made use of the male “master suppression technique” in trying to make her feel invisible. As soon as the student learned about her complaint, he contacted her to apologize and explain himself. Anna Ardin’s response was to once again report him for sexual harassment, again because he was using the “master suppression technique”, this time to belittle her feelings.

Ardin is apparently involved with a “Christian” Social-Democrat group. The Swedish church has a precious few male priests: what was once the struggle for female equality has ended up with men being effectively removed from service. Nowadays very few Swedish male-female couples marry in the church, or get married at all; most Swedish gay couples, however, are proud to become “man and wife” in the church. This is all good news for wealthy Swedes: deserted churches sell their properties (once enjoyed by the community) to be fenced off by the nouveau riche created by the latest privatization wave. So much for Swedish social democracy!

The second accuser, Sofia Wilen, 26, is Anna’ friend. Here is a video of an Assange press conference where one can see the girls together. Those present at the conference marveled at her groupie-like behavior. Though rock stars are used to girls dying to have sex with them, it is much less common in the harsh field of political journalism. Sofia worked hard to bed Assange, according to her own confession; she was also the first to complain to police. She is little known and her motives are vague. Why might a young woman (who shares her life with American artist Seth Benson) pursue such a sordid political adventure?// 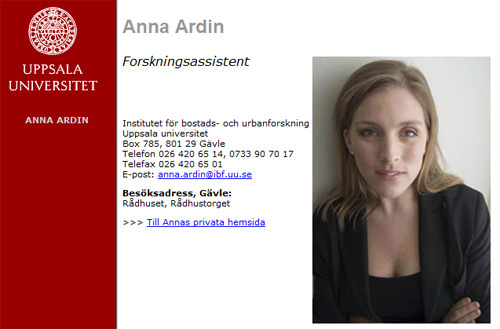 //New legislation, in Sweden and all over Europe, has made men extremely vulnerable to extortion scams of this sort. A young Swedish woman, 26 (her name withheld) succeeded in winning over a million dollars during the course of one vacation in Greece, as reported by the Daily Telegraph. She complained of being raped. Four men were arrested, their names disclosed, and their jobs jeopardized. She went back home a millionaire, her sacred identity safely preserved. Her success begs imitation: according to an EU report, Sweden has twenty times more rape complaints than were generated by the hot-blooded Italians. Most are dismissed right away, and justly so. //