Humans have only 2 legs,

and Oprah is a Terminator sent from the future by Skynet.

NASA to investigate 10,000-year-old mystery rock that ‘shows paintings of UFOs and aliens’ A physics professor from University at Albany, State University of New York and former NASA researcher believes there is 'plenty of evidence to support UFOs'

Brazil, Canada, Denmark, Ecuador, France, New Zealand, Russia, Sweden and the United Kingdom have been declassifying their UFO files since 2008

Are governments run by humans?
Is that a secret worth killing people to keep?

"Shortly before his death, Mr Spiers was said to have been probing into the lives of well-known figures in politics, business and entertainment."

At the time his mum Vanessa said she feared the worst.

She said: ‘I think Max had been digging in some dark places and somebody wanted him dead.’

Will Trump be abducted by aliens?

HONOLULU — A Hawaii-based burger chain has closed a Honolulu restaurant for cleaning after a video posted to social media appeared to show a rat being cooked on the grill.

Teddy’s Bigger Burgers has closed the Mapunapuna location and fired two employees who appeared in the Snapchat video.


A NASA scientist admits that it's entirely possible aliens have already visited Earth – and we simply never noticed.

The space expert also noted that not all UFO sightings can be "explained or denied", and said scientists should be more open-minded about the possibility of alien visitors.

A top scientist admits that aliens may have visited Earth, but said they could look completely different to how we expect

NASA has long been investing in SETI, the "search for extraterrestrial intelligence" – better known as aliens.

And in a recently publisher paper on SETI, Professor Silvano P. Colombano suggested that alien life may have already visited us.

He suggested that aliens could look so different from how we expect, and that they may be able to travel huge distances – because we simply can't comprehend their make-up or technology.

"I simply want to point out the fact that the intelligence we might find and that might choose to find us (if it hasn’t already) might not be at all be produced by carbon based organisms like us," said Professor Colombano, of NASA's Ames Research Centre in California.

"How might that change the above assumptions about interstellar travel? Our typical life-spans would no longer be a limitation (although even these could be dealt with multi-generational missions or suspended animation), and the size of the 'explorer' might be that of an extremely tiny super-intelligent entity."

According to Professor Colombano, scientists are too preoccupied with modern human technology.

This, he says, makes it difficult for us to imagine technology that could have been produced by aliens living on planets older than Earth.

He said "we need to re-visit even our most cherished assumptions", including that "interstellar travel is impossible or highly unlikely".

"Considering further that technological development in our civilisation started only about 10,000 years ago and has seen the rise of scientific methodologies only in the past 500 years, we can surmise that we might have a real problem in predicting technological evolution even for the next thousand years, let alone 6million times that amount," the professor explained.

He added: "Even if the speed of light continues to be an unbreakable barrier, over spans of thousands of years civilisations could probably make interstellar journeys."

"alien life may have already visited us."

OK, so half of America already voted for one of them, a female, and she still lost.

That alien is still bitter about the election.

The hints and clues are getting a little thick now, with multiple governments tell us that we are living with aliens among us and more are coming soon.

So why wouldn't aliens want to run the government?   Governments have all the powerful weapons and human citizens, us,  have almost nothing comparable - no atom bombs, no stealth aircraft, just a few pop guns and they want to take even those away.

US Senators Schumer, Schiff, and Nadler don't look human to me.

Justice Ginsberg looks a bit dodgy too, like maybe a half-alien?

And have you seen Hillary?    She looks like a corpse that something from another planet has been eating, and smells worse than ever.     Those "people" can't be human.   They try to destroy America, Russia and most of the Middle East.

Government terra forming our climate by chem trail spraying at high altitude, using chemicals and radioactive isotopes to change the planet in a fundamental way, polluting the soil with substances incompatible with human existence - outcome is death.

Government mandates vaccination with vaccines that have injured or killed humans - outcome is death.

Government approves cancer-causing weed killer for use in human food and on food crops - outcome is death.

Government labs periodically announce "a virus has escaped the lab", imports Ebola into the US - outcome ?

Government approves Genetically-Modified Foods that cause terminal illness in humans - outcome is death.

Government mandates bicycles shall use the same traffic lanes as automobiles - outcome is death.

People who can see the trend, can see human beings are under attack by their governments.

Did they come to take the Obama family back to their home planet?

Nobody is stranger or more alien to planet Earth than Harry...

“I personally don’t know if there exists little green men other places, I kind of doubt that, but I do believe that the information we have indicates we should do a lot more study,” the Nevada Democrat said. “We have hundreds and hundreds of people that have seen the same thing — something in the sky, it moves a certain way.”

Reid said that also included sightings of vessels at sea.

The topic of UFOs was on Reid’s mind Thursday because his interview with KNPR came just before he said he was scheduled to talk with an important senator about setting up a way for members of the military to support exploring suspicious sightings without facing retribution.

“I’m going to have a call with a member of the Senate in an hour or two where we have people in the military who want to come and tell somebody what they’ve seen,” Reid said in the interview, declining to identify who that senator is. (Food for thought: Reid’s former deputy, Senate Minority Whip Richard J. Durbin, D-Ill., is the ranking member of the Defense Appropriations Subcommittee.)

“What we found in the past is that these pilots, when they see something strange like this, they’re prone not to report it for fear that the bosses will think something’s wrong with them, and they don’t get the promotion,” he said. “So, many, many times they don’t say a word to anybody about these strange things.”

“The facts are, they need a place to be able to report this, and that’s what I’m going to work on in a couple of hours, to make sure that somebody I think’s a powerful member in Congress, I want him to be able to sit down and talk to some of these pilots who have seen these things,” Reid said. “I can arrange this because of the contacts I have with members of the Congress.”

Back in December 2017, the New York Times reported on a Pentagon program to study UFO sightings that came about because of Reid’s advocacy back when he was serving in the Senate.

“We spent a lot of money, and it was an extremely important study,” Reid said Thursday, calling setting up the program,“one of the easiest sells I ever had to make.”

He recalled again how he lobbied the leaders of the Senate Appropriation’s Defense Subcommittee to get money for the project, and how the late Sen. Ted Stevens, R-Alaska, was entirely on board because of a suspicious aircraft he cited during his own time as military pilot.  But Reid said that the Pentagon has not done enough since then.

“Frankly, I think the federal government has done almost nothing to help us with this,” Reid said.

During the interview, Reid also said he knew a lot more about classified operations undertaken at Area 51 in his home state of Nevada. 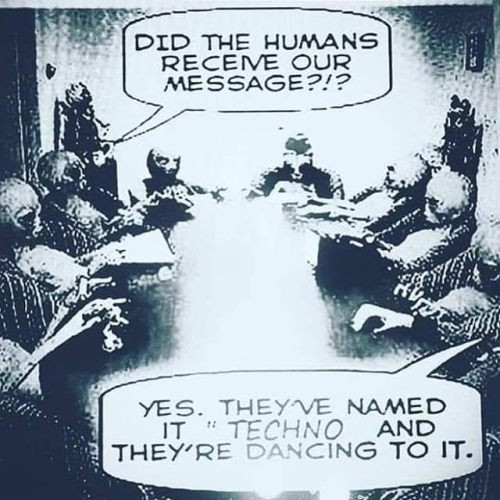 Remember That Time Jean-Claude Juncker Said He was in Communication with Aliens?


During a session of the European Parliament, European Commission head Jean-Claude Juncker claimed that he was in communication with aliens yesterday, and that the versions of the video with English subtitles have been stripped from YouTube.

But the fact that someone ordered whoever does the transcripts to change what he said, combined with the fact that the media didn’t even mention it, indicates that there is something extremely strange going on here.