Dr Chi first said the hybrids may already exist in a lecture in 2012 but has now written a book on the subject.

He believes there is a strong correlation between climate change and alien abductions, the Oxford Student newspaper has reported.

His book, written in Korean, is called Alien Visitations and the End of Humanity.

He says he has identified four types of aliens – small, tall and bold, scaly with snake eyes, and insect-like.

(Zharkov:  all 4 types must have been involved in designing today's BMW automobiles.)

Dr Chi believes the insect aliens may be in charge and give orders to the other types.

The aliens exist in their own bio-system that humans cannot experience because our perception is limited by our organs, the professor has claimed.

As the aliens are said to be highly intelligent, so Dr Chi believes they could solve the problems on Earth in the future, such as climate change.

Dr Chi said he was “still looking for more evidence to support my view”.

(Zharkov:  He can find evidence on Pravda's forum.)

I think the insect alien could have designed the electronic shift for the BMW transmission.

A FORMER NASA scientist has claimed time travel is possible because the “speed of light is changing”.

Is this a result of a shift in time already occurring from CERN, or is it a Doppler Effect of the acceleration of expansion of the universe?   Was the speed of light ever really a constant?

A FORMER NASA scientist has claimed time travel is possible because the “speed of light is changing”.

Is this a result of a shift in time already occurring from CERN, or is it a Doppler Effect of the acceleration of expansion of the universe?   Was the speed of light ever really a constant?

Recall y'all Shaktiman has been writing on this for a while now.

The reasons however may be rather different.

This is a good thing.

We need some virtue and veritas in the stew,

Russia is ahead of the US in THIS,

Remember my notes and drawings as well.

So far it checks out well

claims time travel is POSSIBLE because ‘speed of light is changing’

It is an oddity no matter how one looks at it Zharkov, (2nd prong of Special Relativity)

I first started writing on Pravda after seeing a paper in this topic here.

The authors refused to release much  info.

Well a good exercise in style; They said the Kremlin was covert in these kind of science expositions.

I shut up and crank out variants.

"It's as if the entire planet is being weaponized"

Elana Freeland researches and writes on Deep State issues, including the stories of survivors of MK-ULTRA, ritual abuse, and invasive directed energy weapons. In the first half, she discussed the various ways technology is being used to potentially dominate the world population.

"It's as if the entire planet is being weaponized," she said, "and yet we can't see it because it's an invisible technology."

She believes that the air is being injected with a chemical soup and nano-scale particles (such as by chemtrails) as part of an agenda by the military-industrial complex, which aims to make the atmosphere a better conduit for 24/7 wireless and surveillance. Some of the particles from chemtrails are forming a ring around the planet, she added, and synthetic biology and transhumanism may be boosted by unnatural changes in the environment.

Transhumanism, she explained, is not about adding enhancements to the human body, but rather a movement toward a brain-computer interface and the eventual creation of cyborgs.

She considers cell phones to be military weapons that can pulse people and exert forms of mind control. We are living in a "technocracy," she declared, and the "smart city" will oversee and track the population which is bonding with their machines.

After Bernard Eastlund's patent for Project HAARP and its ionospheric heaters, things kicked into gear, with more controlled extreme weather events such as Katrina, Freeland stated, as well as the development of a "Space Fence," which she said is run by Lockheed Martin, and can calibrate its various installations together to render climate events and effects.

It is not the first time bizarre sightings have been spotted. 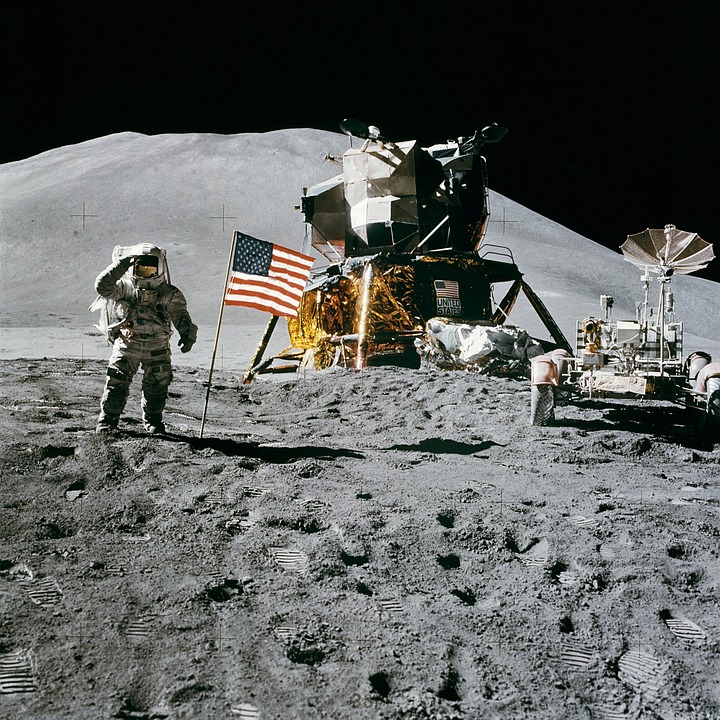 (I told you so.)
Iranian news agency says the U.S. is secretly run by Nazi space aliens. Really.
http://www.washingto...-aliens-really/