19 replies to this topic

which aspect of russian culture are you interested in? literature? try Chekhov

Let's start with the Orthodox Church that has heavily influenced Russia for over 1,000 years.

I think it should be preserved, but, it should not be considered as a guide to solving the immense problems facing Russia today.

Why do I say that/

Because it has been Orthodox "thinking" that has led to so many disasters for Russia in the past, including the Bolshevik revolution and its deadly results.

It was Orthodox logic that led to the "Islamic" conquest of Syria, Anatolia, Constaninople, Hungary, Serbia etc. Orthodox logic focused on a professional army moribund in wrong doctrine.

Their oppressive marriage laws encouraged a lot of people to support the "Islamic" invaders.

It was the Orthodox church that killed most the shaman priests of the old Slavic religion and imposed oppressive rules regarding marriage and sex.

Then it was the Orthodox church that killed a lot of Russians for not crossing their heart with the correct number of fingers.

These 3 criticisms are limited. But, the fact that they caused so much harm indicates that there is plenty more to criticize them over.

In summary,  the fault of the Orthodox Church is in line with what Christ said about the Nicolaity in the Book of Revelation.

Nicolaity means victory over the people.  It is done by politicians, lawyers, medical people and priests who milk the people via their influence, and control over society, and all done in the name of righteousness.

When it comes to the Olympics there's more to the event than just the sport.

A clash of cultures and geopolitics have, from to time to time, threatened to overshadow the athletes themselves.

The Sochi Winter Olympics in Russia have had their fair share of controversy even before the opening ceremony, so we decided to see what countries actually think of Russia.

According to the Pew Research Center, 44 percent of Americans are sceptical (sic) of the decision to allow their former Cold War adversary to host the Olympics.

Just reading western news reports about Russia is an education in itself.  In the above snippet we find a major British media corporation assuming that Americans have a God given right to decide whether or not Russia should be allowed to participate in the global celebration of sportsmanship.  This inflammatory attitude toward Europe's largest and most powerful nation, can be found in virtually everything the western media publishes on the subject of Russia.  In one breath they'll tell you the so called "Cold War" is over, and in the next they will do everything they can to perpetuate Cold War hostilities forever.  I believe this is not solely a construct of the media, but reflects a deeper anxiety about Russia, among western politicos and corporate fascists.

I've never been to Russia, though I have visited most of the rest of Europe.  Most of my travels as an adult were made possible and sometimes absolutely necessary, by my job as a journalist.  But although I did travel through East Germany, I saw nothing more of the old Soviet Union and absolutely nothing of Russia.  These days I detest flying and have almost no desire to visit other countries, with the exception of Russia.  Although I hold and cherish Canadian citizenship, I still consider myself a European, and I believe that until the EU can lure Russia into full membership, the European Union will remain a great idea that is ultimately bound to fail due to its own xenophobic bigotry.  Meanwhile, the military-industrial complex in the USA, sits in the shadows encouraging as much hostility between Russians and other Europeans as it possibly can.  This is because the USA's internal economy depends on its war-mongering abilities, and since American oligarchs cannot simply attack Russia with bombs and bullets, they resort instead to economic warfare.  Americans fear a stronger European Union because such a body could become even stronger and more enduring than the USA.  So they will do anything they can to keep Russia divided from its neighbors.  Have your readings to date lead you to any different conclusion?

The best way to understand a culture is to immerse yourself in it. You may want to begin by learning the language, daunting though this may seem. I promise you that in the process of learning the language, however, you will also learn much about the culture, as the two are quite tightly interwoven, as you might imagine.

Otherwise, you will be stuck with a set of translated literary works, a few dubbed or subtitled films, music you won't be able to understand and various outsider opinions of Russia and its people.

The best way to understand a culture is to immerse yourself in it. You may want to begin by learning the language, daunting though this may seem. I promise you that in the process of learning the language, however, you will also learn much about the culture, as the two are quite tightly interwoven, as you might imagine.

Otherwise, you will be stuck with a set of translated literary works, a few dubbed or subtitled films, music you won't be able to understand and various outsider opinions of Russia and its people.

Agreed, Desther, because language does shape and define the way we think etc.  I wish I spoke Russian, but the best I've ever done in that regard is keep some references on the language around, Russian grammar texts and so forth, which is not equivalent to learning the language.  My comment was intended as a personal analysis of news stories that attempt to reveal or even create rifts between east and west.  With problems in Kiev raging in the background, I was looking at the different attitudes displayed in those news reports; in the belief that kind of analysis can teach us something about the cultures from which those reports originate.  Admittedly, the original editorials from Russia and the Ukraine were probably not written in English, so a knowledge of the Russian and Ukrainian languages would have helped me to refine the analytical thought process.  However, I don't think I actually made any statements about the character of Russia and its people.  I simply said that just following these conflicting media reports can reveal things about how our personal views can be subtly shaped or modified.

I think that stuff is why so many survive walking on water.

which aspect of russian culture are you interested in? literature? try Chekhov

Start with Ilf and Petrov "12 Chairs"

Yeah - go to youtube and watch videos by Sergey Baklykov.

You'll learn all about Russian culture.

Yeah - go to youtube and watch videos by Sergey Baklykov.

You'll learn all about Russian culture.

He is jewish plant to ridicule Russia as much as possible, not a very good example for a "journalist"

I have been living in Russia for two years and I love everything here.

I have been living in Russia for two years and I love everything here. 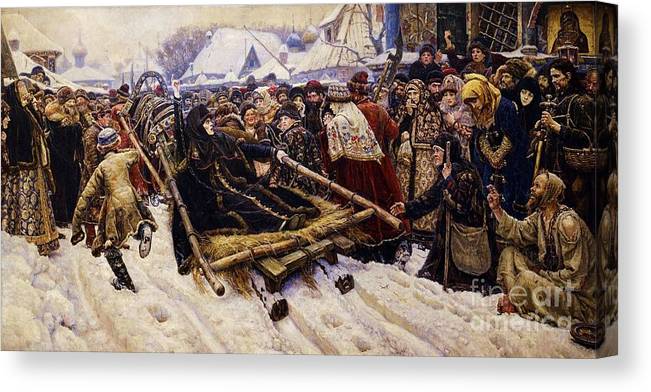 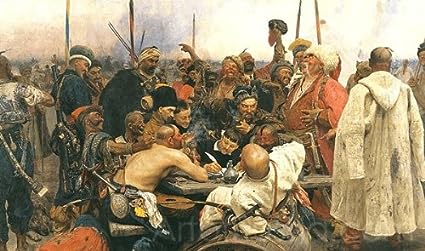 As the Sultan; son of Muhammad; brother of the sun and moon; grandson and viceroy of God; ruler of the kingdoms of Macedonia, Babylon, Jerusalem, Upper and Lower Egypt; emperor of emperors; sovereign of sovereigns; extraordinary knight, never defeated; steadfast guardian of the tomb of Jesus Christ; trustee chosen by God Himself; the hope and comfort of Muslims; confounder and great defender of Christians - I command you, the Zaporogian Cossacks, to submit to me voluntarily and without any resistance, and to desist from troubling me with your attacks.

The Cossacks' reply came as a stream of invective and vulgar rhymes:

Zaporozhian Cossacks to the Turkish Sultan!

O sultan, Turkish devil and damned devil's kith and kin, secretary to Lucifer himself. What the devil kind of knight are thou, that canst not slay a hedgehog with your naked arse? The devil shits, and your army eats. Thou shalt not, thou son of a whore, make subjects of Christian sons; we have no fear of your army, by land and by sea we will battle with thee, **** thy mother.

Thou Babylonian scullion, Macedonian wheelwright, brewer of Jerusalem, goat-fucker of Alexandria, swineherd of Greater and Lesser Egypt, pig of Armenia, Podolian thief, catamite of Tartary, hangman of Kamyanets, and fool of all the world and underworld, an idiot before God, grandson of the Serpent, and the crick in our dick. Pig's snout, mare's arse, slaughterhouse cur, unchristened brow, screw thine own mother!

So the Zaporozhians declare, you lowlife. You won't even be herding pigs for the Christians. Now we'll conclude, for we don't know the date and don't own a calendar; the moon's in the sky, the year with the Lord, the day's the same over here as it is over there; for this kiss our arse!

Back to Russian Culture