Graham Philips back in Donbass. Something gonna happen soon.

WATCH IT - LOOK AT HIS REACTION! He talked to his Mom....

If West Ukraine wants to wage war on the East, Russia needs to bypass it with gas pipeline to Europe. thought that was happening.

then close the taps on West Ukraine.

East Ukraine will be warm in winter.

“Of course we need peace with Russia, a cold peace, but peace. People are tired of the war and Russian propaganda is playing with this painful emotion,” Poroshenko said.

The possibility of war between Russia and Ukraine if it starts is minimal, said retired lieutenant-general of the Ukrainian special services, Vasily Bogdan.

In an interview with Fakty newspaper, the retired military man assured that there will be no war between the two countries before the presidential elections in Ukraine. According to him, the Kremlin hopes that the political direction of Kiev will change.

However, even after the elections and regardless of their results, a large-scale war will not be triggered, he adds.

In the general’s opinion, serious fighting will only happen if Russian troops decide to attack.

At the same time, he added that the Armed Forces of Ukraine is considering the possibility of carrying out military operations to recover Donbass.

So these vultures want peace with Russia while murdering the People of Novo Russia who refuse the USA hijack of Ukraine.

Sound like USA blabbing about wanting peace while waging wars against many nations.

Any news on getting hold of the bastards who killed those patriots?

Special troops never report, but belive me - they will revenge. For sure.  Believe me me in my Afghan experitnce of 80-th.

Special troops never report, but belive me - they will revenge. For sure.  Believe me me in my Afghan experitnce of 80-th.

On February 17, 2015 Debaltsevo was liberated from Ukro-nazi 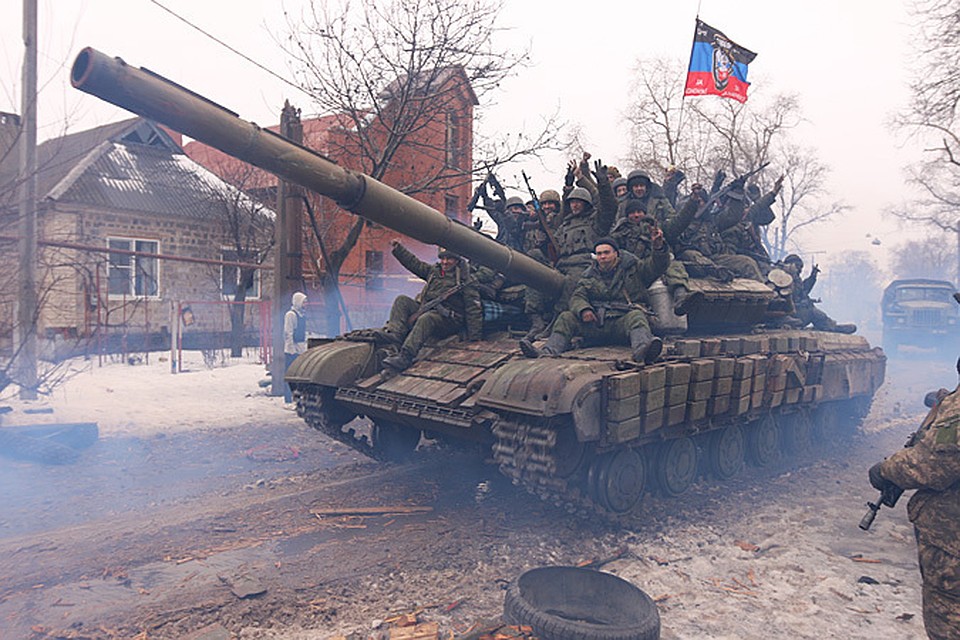 Another Ukrainian officer captured. (This is a Mature Served since 1994). Drunkenness and alcoholism - this is the misfortune of the Ukrainian Army. They are under the influence of alcohol and drugs are sent to the "adventure quest" .... Most are undermined in the minefields, those lucky enough are captured.

DONETSK, DPR – According to authorities and FRN’s sources on the ground, a terrorist attack from U.S backed Ukrainian forces targeted several sites in central Donetsk. Two of these took place in the vicinity of the hotel where representatives of the Organization for Security and Co-operation in Europe (OSCE) mission stay. This was reported by the press center of the DPR.

UPDATE: THE ATTACK OCCURRED AT  9 AM, 3 IEDS.
ONE _MAY_ HAVE BEEN DROPPED BY A DRONE.

According to Russell ‘Texas’ Bentley:    https://www.fort-rus...-buildings-hit/

French thought they were on top of things.

A new song by Artyom Grishanov

The shell hit the dugout. The call sign Anapa beat on the spot, many wounded. Help is needed.

French thought they were on top of things.

Dien Bien Phu,General Giap gave a master class in how to deal with Colonial scum.