14 replies to this topic

Conchita Wurst: Why Transvestite Jesus will win the Eurovision song contest 2014 and he's from Austria.
Jesus, the second coming as transvestite: After the very last Oscars now the very last Eurovision song contest
Shortly before the Obamanation of Desolation is stunned by the crucifiction of the Obamessiah:
1. March 2: Transvestite Jesus wins the very last Oscar for actor in a supporting role.
Official story, alias simulated reality: he is a transvestite while performing in the movie and he is a man that looks like Jesus in the world as the human cattle knows it, alias Oscars awards.
Reality: "he" is in fact a transvestite in both simulated realities, the movie and the Oscar awards.
In other words: "he" is indeed played by an actor in the movie but "he" is played by an actress wearing a beard in the Oscar awards.
2. Within hours: Transvestite Jesus will win the very last Eurovision song contest, as transvestite Conchita Wurst (sausage).
But this time it will be official that Jesus came back as a transvestite to win it all.
Why an Austrian transvestite
As for what is scripted as the real second coming of the Son of Man in the anti-Bible:
The Son of Man is played by a duo, and they're both women. in fact half-sisters, their father born in Austria.
The first act took place 2005: first woman to become german chancellor.
The second act takes place immediately after the imminent arrest of the Obamessiah: first woman to become US president.
Notes
Script has Conchita Wurst as a Wiener (from Vienna, in german). Wiener also stands for the hot dog type of sausage.
This line in the script serves jokes:
- from "The Wiener takes it all?"
http://kurier.at/kul...-all/64.649.276 -- http://archive.today/4ArFj
- to parallelism of the "Anthony Weiner" joke.
http://en.wikipedia..../Anthony_Weiner
No wonder the senator appears in the search for Wiener images at the very first line, second to dogs (normal or hot) only:
https://www.google.c..._AUoAQ&biw=1881
BASICS
2012: same actress plays both man and woman at ages 41, Jared Leto, and 14, Paris Jackson.
Climax is scripted for the very last Oscars, 2014:
http://end-of-show.b...d-by-paris.html
Transvestite Michelle Obama, Homosexual Obamessiah of the Obamanation of Desolation:
http://anti-bible.bl...homosexual.html
Hitler's daughters and the BIG BANG
http://big-bang-now.blogspot.com/
Blog ALL Exposed worldwide first by Last Prophet Matt:
http://end-of-show.b...jesus-will.html

The 2014 Eurovision Song Contest is approaching its culmination – the Grand Finale. Today, its participants conduct their final dress rehearsal on stage before the decisive performance. The audience is gradually thronging together to the island of Refshaleøen in Eastern Copenhagen, where the musical festival will be conducted in a dock, once part of the closed "Burmeister & Wain" shipyard. Streets in the Danish capital are decorated with the contest motto "Join Us!" and crowded with tourists.

Twin sisters from Russia, Maria and Anastasia Tolmachev, with their song "Shine" are among the finalists. Russia will present the fifteenth performance. The girls are in high spirits,  feeling well, and reportedly like Copenhagen very much.

The Tolmachev sisters, who are the youngest Eurovision competitiors, were born on January 14, 1997, in Kursk. As children, they won numerous musical competitions, and eight years ago, won the Junior Eurovision song contest in Bucharest with their own composition "Spring Jazz".

However, bookmakers seem to prefer Armenian artist, Aram MP3, Swedish singer Sanna Nielsen and Conchita Wurst, a transvestite from Austria. Unlike last year, when Danish Emmelie de Forest with her song "Only Teardrops" was the obvious favorite, this year, it is hard to pick a clear candidate for the big Eurovision prize.

Although many artists say, time and again, that music is the most important thing to them, commentators agree that this year's Eurovision is overshadowed by obvious political overtone. Many believe that we should expect certain "distortions" in the final results which are a 50/50 combination of both votes by national juries and telephone votes by TV viewers, who will vote after the final.

As a representative of the European Broadcasting Union, Jarmo Siim, has informed TASS, televoting from Crimea would be counted as Ukrainian votes, because Ukrainian telecom operators are working in the area. Meaning that Crimeans are able to vote for Russia as, according to the rules, viewers may not vote for their own country.

26 performers will participate in the final stage of the contest: 20 winners of semi-final rounds, as well as representatives of the host country Denmark and the "big five" countries (founders and main sponsors of the competition) - Great Britain, Germany, Spain, Italy and France. 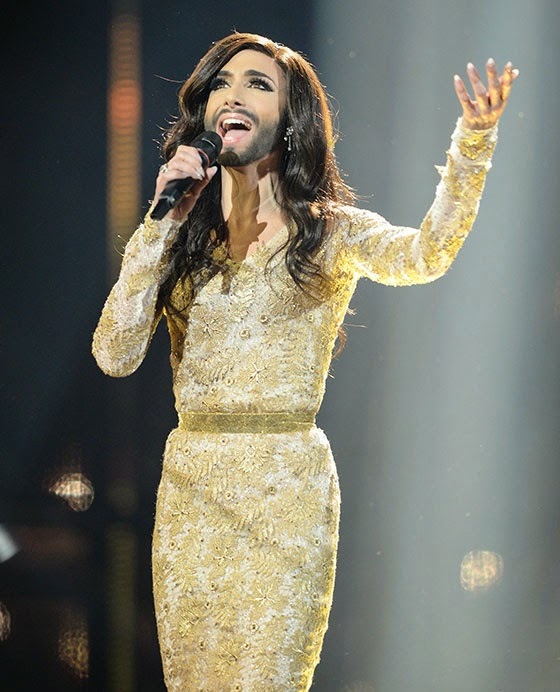 this is why we call Western Eu.... Faggotistan

Cultural Marxism has been dubbed "the greatest cancer in the Western world" but few even know what it is.

Cultural Marxism is Marxism translated from economic into cultural terms. The origins of "political correctness" or "Cultural Marxism" can be found in the early parts of the 20th century from the Frankfurt School, which was the headquarters for the Communists scheming in Germany. The role of the Frankfurt School is creating the victim groups that constitutes the politically correct coalition

Genophilia:  The love of one's own race. A natural instinct that Cultural Marxists want to deny (at least for whites).

Identitarian Religion:  An older form of religion that stresses racial identity.  Adamantly opposed by Christian Cultural Marxists (at least for whites). Throughout nearly all human history, identitarian religion (aka, ethno-religion), has been the norm.

Nation:  The very word 'nation' (from Latin 'nasci') implies link by blood.  The traditional (non-Marxist) understanding of nation implies racial homogeneity.  (Until very recently Europe has always been racially homogenous and USA, in 1960 census, was 90% white.)

The Origins of Political Correctness Http://www.academia.org/the-origins-of-political-correctness/

Legal Help for Victims of Reverse Discrimination.. is here .. http://www.adversity.net/legalhelp.htm

What Is The Frankfurt School (And Its Effect On America)?

Eh, Eurovision is a cheesy Eurotrash event with glitter and sequins. The last performers to make it big were ABBA in 1974. They still suck, although Robin and other old women think they are still Da Bomb. (Dear God, please save me from that damned Mamma Mia movie whenever it comes on again)

It doesn't surprise me that a bearded transvestite won.

I saw the abba movie. When Christine Baransky danced I was traumatized.

and I'm still terrified to see that again until this day.

can anyone guess why seeing her dance was such a  traumatic experience?

Referendum in South-east of Ukraine: "To Europe" "To Home"

Conchita is a new Euro-Mozart.

I saw the abba movie. When Christine Baransky danced I was traumatized.

and I'm still terrified to see that again until this day.

can anyone guess why seeing her dance was such a  traumatic experience?

a large size dick was sticking out from under "her" skirt.....

I saw that too

this thread made me very sick... so the only antidote is a Face of Russian girl like: 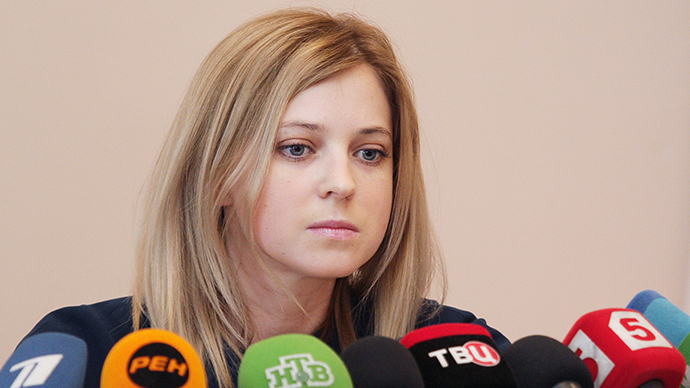 Not only the votes of each EU state but also of ALL other still formally independent countries were already given BEFORE the "contest".
And that obviously includes the fascist regime installed in Russia after the real Putin was murdered in 2010.
There was only ONE voter: lluminati Grand Master Alexander Adolf Hitler.
The only eurpean government NOT following his orders will not vote.
http://end-times-par...ndependent.html
And yet another paradox: hours after the Eurovision "vote", the second such government is about to formally rise from the ashes: the republic of Donetsk and Lugansk.
Now you know why "Russia voted Ukraine the third best song".

Referendum in South-east of Ukraine: "To Europe" "To Home"

Cosmetic industry is still fighting for the male half of the market.