The Morgenthau Plan - The Jewish Ideal for the Genocide of Germany

Adolf  Hitler was a Jew, the Ziopress secured his elevation like it wants to  secure Hillary Clinton and Rand Paul's elevation, like it raised Barak  Obama from zero to hero, despite murder allegations had been made  against him.

Ties in with file material indicating Adolf Hitler was a Jew, that the Ziopress in Germany beat his drum securing his elevation, the same way it beats Hillary Clinton and Rand Paul's drum today.

That beat Barak Obama's drum leading up to the 2008 Presidential election, which raised him into the Presidency via the Illinois State Legislature and the US Senate, despite allegations of murder had been made against him .. putting him between the rock of Zionist disfavor, and the hard place of the Illinois Justice Department.

He goes on carrying out the will of Zion and being President, however should he depart from the strict Zionist line, he wears prosecution for the 2007 murders of his alleged butt buddies Nate Spencer & Donald Young in Chicago .. it's called blackmail! 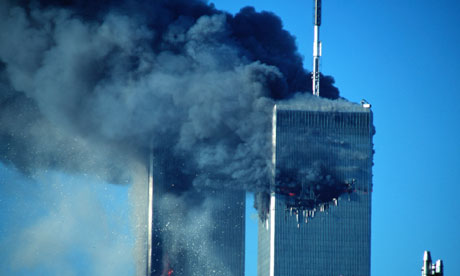 If Jewish culpability for the 911 attacks were to be prosecuted to its fullest potential, the entire US political and news dissemination establishment, all members of the FBI and virtually every Jew in New York City, would be put to death.

Either as primary conspirators or as co respondents in the cover up, keeping in mind warnings to be nowhere near Lower Manhattan, Tuesday September 11, 2001, were distributed from the pulpit of NY synagogues the Friday before.

Despite hundreds dead each from Great Britain, Honduras, Brazil, the Philippines and Switzerland for instance, Alon Pinkas Israeli Consul in NY at the time of the attacks, confirmed a single Israeli death, being an individual was at the WTC on business!

Adolf Hitler was sworn in as German Chancellor Jan. 31, 1933, he slaughtered SA leader Ernst Röhm and thousands of his followers, whose thuggery and wickedness secured his rise, in the Night of the Long Knives Massacres which started June 1934. The trouble was mirrored in the Missouri riots, whence blacks in the pay of Jew George Soros took to the streets. While the Ziopress and Barak Obama continue to spurn evidence, locating blacks Martin Luther & Coretta King standing with shooters on the Grassy Knoll, at the assassination of President Kennedy Dallas Tx. Nov. 22, 1963!

Hitler annexed Czechoslovakia whence deportations commenced in Bohemia, against the Germans had settled there during the time of Catherine the Great, whose towns and villages lie vacant and hollow to this day! Never forgetting CtG was similarly sponsored by Jews, thus when they get to be in charge they bring alien racial groups into a target country, which will inevitably cause future tension, which they will exploit to their advantage!

French Military Police cleared the roads in advance of the German invasion, and directed Wehrmacht tanks to the best available routes! British bombers were in the skies over Germany each night, when Hitler marched into the Soviet Union in 1941,

To be met by Russians under the orders of Comrade Jozef Stalin. Who was a tool of Jew Lazar Kaganovich. No less than Obama is a tool of Rahm Emmanuel thence George Soros, who has been identified as a prime mover in the relocation of Hungarian Jews to the gas chambers.

Not content with being simultaneously at war with France, Russia and Great Britain, Adolf Hitler declared war on the United States Dec. 11, 1941, in the wake of the False Flag attack on Pearl Harbor, where after Americans were bombing Germany within hours!

Hitler deserted the Reich and lit out for Argentina in April 1945, there after further outrages were inflicted against the German ppl under the tutelage of Dwight D Eisenhower .. H died in Argentina sometime in the late 1980's!

All on behalf of the Jewish plan to rid the world of Germans .. the way forward is make war on Jews thence Israel, as the real perpetrators of the 911 attacks!