David Icke presents material designed to portray himself as some kind of lovable eccentric .. nothing could be further from the truth!

His disclosure that Satanism and human sacrifice occur at the Royal residences of Sandringham and Balmoral, is thought to be damage control and to be from an insiders perspective, scroll to 10:30 in the video.

The recent attempt by a naked man to leave Buckingham Palace by way of a fourth floor window, appears to confirm his allegations ..

Icke's resemblance to Sir Richard Branson prompts speculation they are brothers, that along with Bob Geldorf and Jimmy Savile. who allegedly had a predilection for necrophilia and was connection to Peter Sutcliffe the "Yorkshire Ripper, are part of the Royals bastard inheritance, while the spectacular success all four appear to have achieved is by Royal assent. Royal killing has been around for a long time, thus the grandson of Queen Victoria and heir to the British Crown Prince Albert Victor, Duke of Clarence and Avondale has been identified as Jack the Ripper.

Prinzowhales @ CBS August 15, 2007 4:56 PM EDT says in response to banter re video showing the unlawful "short haircut" of an American hostage in Iraq.. "the blood?--I've been soaked by geysers from femorals--whatever they cut, it wasn't the carotid of a living human being." 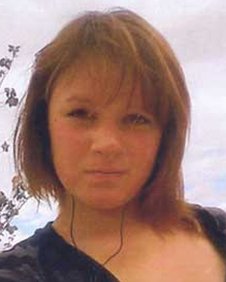 The body of 17 yo Latvian Alisa Dmitrijeva who went missing from her home in August 2011, turned up on the Royal Family's Sandringham estate on New Year's Day 2012 so where the ---- was Prince Harry!

Canadian researcher Kevin Annett alleges Queen Elizabeth and Prince Phillip murdered indigenous children in Canada during the 1964 Royal Tour, which resonates with claims they had done the same thing in Australia, post the Queen's visit to Alice Springs, March 29, 1963.

A History of the English Speaking Peoples by Winston Churchill, chapter 1 page 2.

"Britannia was the prime center of the druidical religion, human sacrifice was carried out by British Druids to a ruthless pitch. Here upon the wooden altars of a sullen island, the mysterious priesthoods of the forests bound themselves and their votaries together by the most deadly sacrament men can take."

Postulate Icke is a modern day Druid and a high priest of the order of Satan, he was at the BBC at the same time as Sir Jimmy Savile, that his neglecting real issues like Jews perped 911.

And the presence of the Luther Kings and Andy Warhol with shooters on the Grassy Knoll at the assassination of President Kennedy, is to instil fear like the druids of old instilled fear, that ritual murder and human sacrifice are for him a way of life!

Old tales Klinko, the world knows all about the bastards, but is unwilling to open the can of worms. Everyone knows that there were no Arabs on those planes on 911, but if they open that can up it will open up the gates to Hell for most people you mentioned above.

Good expose of the bastards thanks!