After orbiting space lab, China wants an undersea one

At the 15th China Beijing International Hi-Tech Expo in May, the China Ship Scientific Research Centre, which built the Jiaolong manned submersible that reached a depth of more than 7,000 metres in the Western Pacific's Marianas Trench last month, revealed the official design of a mobile deep-sea station that is to be used in future ocean exploration.
Equipped with a nuclear reactor, the station would be able to support 33 crewmen for up to two months at a time.
'If a submersible were a plane, this station would be an aircraft carrier,' Ma Xiangneng, a researcher with the project, told China National Radio. 'The station will be an underwater palace, with showers, a living room and laboratories.'
The designs show the station resembling a nuclear submarine, with two propeller fans at the tail. It would measure 60.2 metres long, 15.8 metres wide and 9.7 metres tall, weighing about 2,600 tonnes.

Like a space station, the deep-sea station would have multiple ports to support the docking of smaller manned or unmanned vessels.

Researchers such as Ma have said the station's main purpose would be deep-sea mining. With an underwater 'mother ship' hovering above the station, located just below the surface and undisturbed by weather conditions, mining facilities could be built much more quickly and cheaply than if surface ships were used.

A smaller prototype, able to carry 12 crewmen on an 18-day dive, is expected to be finished by 2015. No completion date was given for the larger station, but some experts think it will be finished by 2030.


It's a risky endeavour, and the Chinese scientists involved conceded that they were aiming for operations at depths where more developed countries had failed. During the cold war, the Soviet Union deployed underwater habitats for military research, and the US built three so-called Sealabs for experiments that included testing the effects of living in an isolated environment.

These facilities all operated in much shallower waters, and they were discontinued relatively quickly after failing to prove their worth. France also tinkered with such deep-sea stations in the 1960s, with its series of Continental Shelf stations.

The Aquarius Reef Base, owned by the US National Oceanic and Atmospheric Administration, is currently the world's only undersea research station. It operates at a depth of just over 19 metres.
...
The designer, who wished to remain unnamed, said future generations of Chinese submersibles and the planned station would utilise a made-in-China titanium alloy.

Although Beijing frequently says its deep-sea programme is for civilian purposes, there has been no denial of military involvement. Since 2002, the deep-sea project has been financed by the 863 Programme, a government effort that is widely known to focus on military needs.

The China Ship Scientific Research Centre also operates under the China Shipbuilding Industry Corporation, one of the country's largest builders of naval vessels.


Possible military overtones aside, sending people to such risky depths has also sparked debate. Some experts argue that it will be neither economical nor safe for people to be mining at depths of several thousand metres underwater.

'I think a deep-sea station probably has more military applications than economic value,' he said. 'You don't send miners to a place a million times more deadly than coal pits.'

To: Deputy Prime Minister of Russia. Deputy Head of the Military-Industrial Commission.


Instead of mulling extravagant and unrealistic Moon base, Russia's Roscosmos should first develop a manned permanent undersea station immediately offshore along the Pacific coast of the Kamchatka Peninsula, on the floor of the 10,500-metre deep Kuril-Kamchatka Trench.

This project would be cheaper and easier, while bringing only slightly less prestige than the lunar extravaganza. Scientific and economic payoffs could be huge.

Hydrothermal vents reaching temperatures of more than 400 °C could offer a source of energy for running the base once harnessed.

Unlike the Moon and Mars, the ocean floor yields nourishing seafood.

Expansion of the base in size and population would be facilitated by the proximity to the mainland Russia, with a one way trip taking only a few hours.

And no need to spend more than 80% of the mass in rocket fuel, as the payload will sink by itself! The eventual return trip to the surface is basically based on buoyancy thus consuming little energy too.

The invaluable experience gained would also benefit any future Roscosmos manned base on extraterrestrial world with liquid surface or underground such as Jupiter's Moon Europa!

http://coolvibe.com/...ase-992x405.jpg
For illustration only. Vozrozhdeniye (Rebirth) KurilKamchatka Trench permanent base

Waiting for your kind feedback.
Thank you for your attention.

The construction of a mothership for China's first deep-sea submersible has been completed at a shipyard in Zhejiang Province.

The submersible is capable of surveying more than 10,000 meters under water, the Shanghai Ocean University, which is leading a research project, said.

With 200-million-yuan ($30 million) investment from private investors, the ship, Zhang Jian, named after an entrepreneur and educationist in modern China, is expected to be put into service in July.

"It is not only China's first dedicated hadal research ship, but also its first scientific research ship built with private investment," said Cui Weicheng, director of the university's center of hadal science and technology.

"With government investment, we may need more than 10 years to finish the construction (of the ship)."

Zhang Jian was completed in a year's time.

The research ship will go through trial voyages and equipment tests until June 30. It can hold 60 people and is equipped with devices for sea research, including three seabed landers, one manned submersible and one unmanned one, both of which can dive into more than 10,000 meters underwater.

The 4,800-ton ship will carry more than 10 researchers on its first official voyage to the 8,000-meter-deep New Britain Trench in Pacific Ocean in July and August. Its second trip will be in December to the world's deepest trench Mariana Trench, where the lowest point is about 11,000 meters deep. 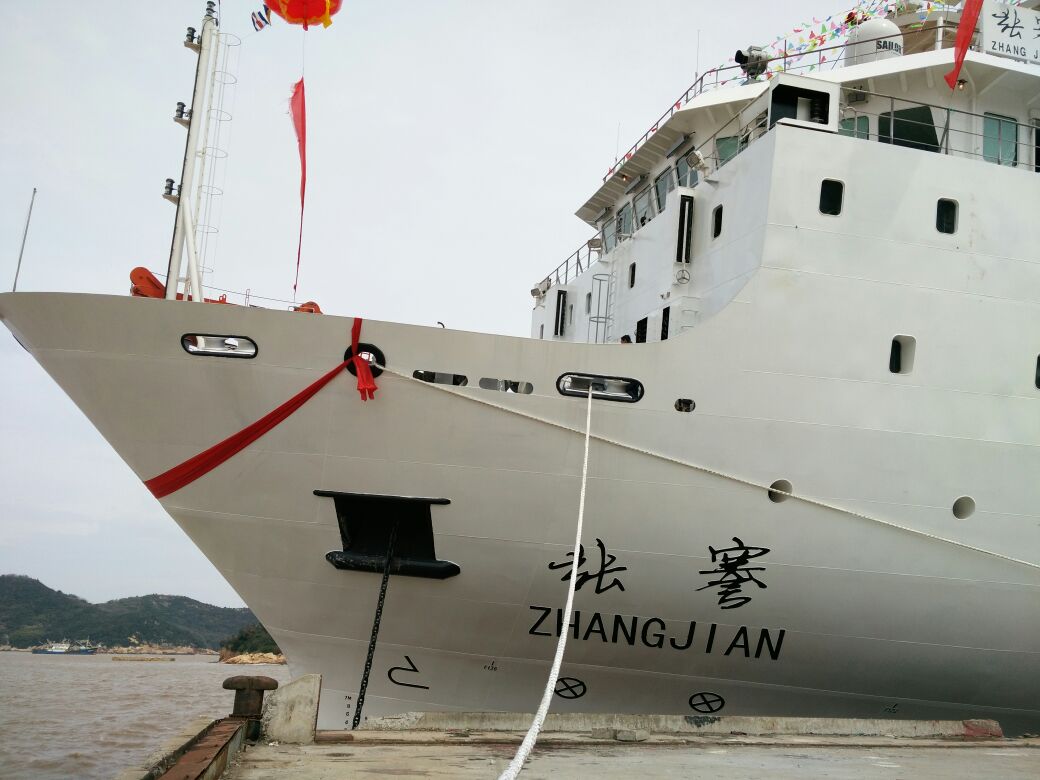 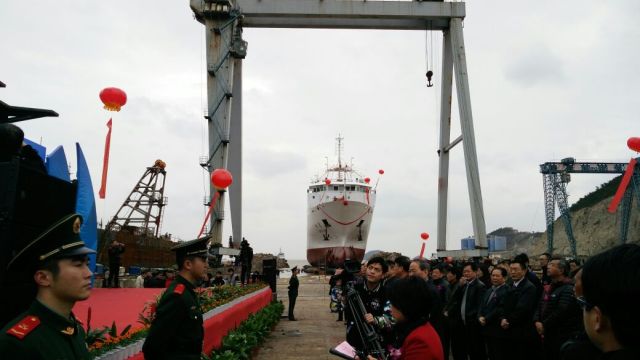 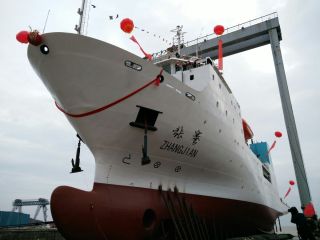 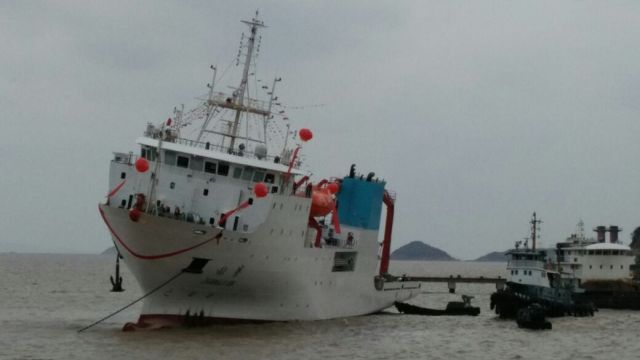 
US submersible imploded in 2014 and will not be replaced

Researchers have lost access to a huge and unexplored area of the ocean after one of the worlds most advanced submersibles blew apart 10 kilometres underwater during a deep-sea expedition. The loss of Nereus, operated by the US Woods Hole Oceanographic Institution (WHOI), leaves ongoing and future projects high and dry.

Nereus was in the Kermadec Trench in the Pacific Ocean on 9 May when its five camera feeds suddenly went blank. Researchers aboard the RV Thomas G. Thompson were unable to contact the US$8-million craft. They learned its fate when pieces of its hull floated to the surface.

It is likely that one of the ceramic vessels used to encase components on Nereus collapsed under the water pressure, leading to an implosive chain reaction.

Access to the deep is an ongoing challenge because only a few specialized vessels can reach this part of the ocean. The WHOIs Alvin vehicle, which is crewed rather than operated remotely, can dive to only about 4,000 metres. China, Japan, France and Russia have crewed submersibles that can reach depths of 6,0007,000 metres.

The only other operational vessels to rival Nereus for depth range are the DEEPSEA CHALLENGER craft used by film director James Cameron for his 2012 voyage, and Japans ABISMO vehicle, which has reached 10,250 metres.