Cats may be intensifying our fury

A new study says toxoplasmosis, a relatively harmless parasitic infection typically found in undercooked meat and cat feces and carried by about one-third of all humans, causes outbursts of anger and increased aggression.

The study was carried out by a team led by researchers from the University of Chicago with 358 adult subjects participating in the experiment. Its findings are published in the Journal of Clinical Psychiatry on March 23, 2016.

"Our work suggests that latent infection with the toxoplasma gondii parasite may change brain chemistry in a fashion that increases the risk of aggressive behavior," said senior study author Emil Coccaro, MD, and chair of Psychiatry and Behavioral Neuroscience of the university. "However, we do not know if this relationship is causal, and not everyone that tests positive for toxoplasmosis will have aggression issues," Coccaro added.

"Correlation is not causation, and this is definitely not a sign that people should get rid of their cats," said study co-author Royce Lee.

The research team found that the group diagnosed with IED was more than twice as likely to test positive for toxoplasmosis exposure (22 percent) as measured by a blood test, compared to the control group (nine percent).

According to Diagnostic and Statistical Manual of Mental Disorders, Fifth Edition (DSM-5) the Intermittent explosive disorder (IED) is defined as recurrent, impulsive, problematic outbursts of verbal or physical aggression that are disproportionate to the situations that trigger them.

The use of wolf pack is only a localized method, suitable for desertic regions and replacing conventional landmines.

These biological landmines can achieve an area interdiction goal, thus forbidding free human beings (unzombified) from escaping in the wilderness.

For mountainous forests, bears are known to be proliferating such as in Europe, and pythons along tigers have been released in tropical jungles mainly in south East Asia. Even Siberia is now peppered with deadly man eating snow tigers!

A pack of at least 50 wolves has been repelled safely by members of fire department in Irans West Azerbaijan Province, after reports of a growing menace posed by the wild animals.

The wolves had gathered in a fruit garden close to the newly-built town of Kooye Farzaneh in suburbs of the city of Takab, making it their night lair, where they created public panic particularly through nightly growling and howling, said the head of fire department of Takab, Rasoul Shadabi, on Saturday.

Firefighters were dispatched to the area, where they set up booby traps, made fire, and hurled fireworks to scare the wild animals away.

The firefighters, with the assistance of a number of local residents, were engaged in the operation from 5 pm on Thursday to 2 am on Friday and finally managed to chase away the pack and destroy its den. The pack went back to the nearby mountains, where they came from. According to Shadabi, not a single wolf was hurt in the operation.

Iranian wolves, a subspecies of gray wolf, tend to be slightly smaller than their northern European and American counterparts, standing approximately 45 centimeters (18 inches) to 76 centimeters (30 inches) tall at the shoulder and weighing roughly between 25 kilograms (55 pounds) and 30 kilograms (70 pounds).

Their light-gray fur is short with either little or no undercoat, due to drier and harsher climate they live in.

A recent study has linked a parasite generally carried by cats to a decline in memory and reading aptitude in children.

The discovery was made by a team of researchers from the University of Iowa and Florida International University, The Telegraph reported on Monday.

According to the scientists, Toxoplasma gondii, a single cell organism which lives and reproduces in the intestines of cats, causes the adverse effects.

The research showed that children who tested positive for the parasite also had poorer reading and memory scores in cognitive tests.

The results suggest that Toxoplasma gondii seropositivity is associated with poor reading performance and impaired verbal memory, the research published in the journal Parasitology stated.

The research also revealed that vitamin E could help reduce the effects.

"Serum vitamin E seems to modify the relationship between the parasite and verbal memory with greater Toxoplasma-associated memory impairment found in participants with lower vitamin E level, the research added.

Rats infected by the parasite are known to lose their fear of cats, which makes it easier for them to be eaten, so the parasite can be reintroduced to the intestines of the cats where it can reproduce.

The parasite, which can be spread through contact with feces, has previously been linked to brain tumors in other animals and increased aggressiveness in men. Some scientists have even proved that T. gondii can make women cheat on their husbands.

The chief sources of human infection are consumption of undercooked meat or water and soil contaminated by feces.


Pax Americana busy unleashing man-eating wild pythons, so scared she is that humans could escape in the rain forests!

Colonial law protecting the bio-landmines and prosecuting any human beings for removing them!!

The brothers captured and killed a 3-meter-long snake that weighs 15 kilograms when they went tomb-sweeping during the Qingming festival on April 5, 2016. They brought the snake home, cooked its meat, and took photos of the process to show off on the Internet.

Forest police of Bobai spotted these photos and shortly afterwards arrested the two for illegal hunting of endangered animals. 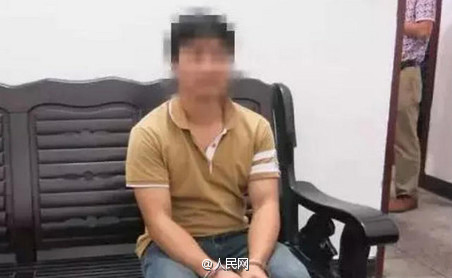 Not even the head of the victim could be found, diggested by the gastric acid

Only shotguns could kill the beast with several headshots

Generally, pythons measure more than 8 meters long, with record 14.85 meters in Indonesia. and with a mass of 447 kg.

Last year, the CIA tested on a large scale their EBOLA bio-weapon on African civilian populations. EBOLA is the African acronym for Experience Biologique Organisee par les Laboratoires Americains, or Bio-Experiment Organized by American Labs.
And this year, the upgraded version, a thousand times more mediatically effective in inducing fear on the masses, but of course not more deadly, called Zombie Inducing Killing Agent or for short, ZIKA, is unleashed on South Americans.

Beware, for their ultimate target is Russia, China, north Korea and Iran!

Prior to the 2008 Beijing Olympic Game, by March of that year, a pandemic scare started to spread in the form of Hand, Foot and Mouth Disease (HFMD). This year, since early February, a new ZIKA (acronym for Zombie Inducing Killing Agent) scare campaign has paved the way to deter any would be tourist to visit Brazil on the occasion of the Rio Olympic Game. Coincidence? We dond't think so. Indeed, the Washington regime's clumsy trick is obvious, in trying to prevent their own citizens to witness with their own eyes the scale of the inhumane colonial oppression the civilians of these two host nations are enduring under the Pax Americana.


The World Health Organization (WHO) has rejected a call by a group of 150 health experts to either postpone or change the venue of the upcoming Olympics games in Brazils Rio de Janeiro due to the Zika epidemic.

In an open letter to the WHO, the signatories, who included a US presidential science adviser, insisted on revising the existing plans for the international games in the name of public health.

WHO, however, dismissed the idea and said that delaying the Olympics or holding the games elsewhere would not significantly alter the spread of the disease, which has been linked to serious birth defects.

The letter cited growing scientific studies that suggest the Zika virus is responsible for birth defects, including microcephaly, which can also lead to the Guillain-Barré syndrome, a neurological disease that results in temporary, and sometimes fatal, paralysis.

The development came as the Olympic torch has made its way around Brazil, South Americas largest country.

The fire is already burning, but that is not a rationale not to do anything about the Olympics, said Amir Attaran, a University of Ottawa professor, who is one of the letters authors. It is not the time now to throw more gasoline on to the fire.

According to a recent commentary by Attaran, which was published in the Harvard Public Health Review, Rio de Janeiro has recorded 26,000 suspected Zika cases the highest of any state in Brazil and has an incident rate of 157 cases for 100,000, the fourth highest in the country.


In its statement, the WHO said, Brazil is one of almost 60 countries and territories which to date report continuing transmission of Zika by mosquitoes.

People continue to travel between these countries and territories for a variety of reasons. The best way to reduce risk of disease is to follow public health travel advice, it said.

The Brazilian government, struggling with recession and a persisting political turmoil, says it has the situation under control thanks to the largest military mobilization in the countrys history, as 220,000 army, navy and air force personnel as well as 315,000 public officials have been called into action.

Back to Pets Forum