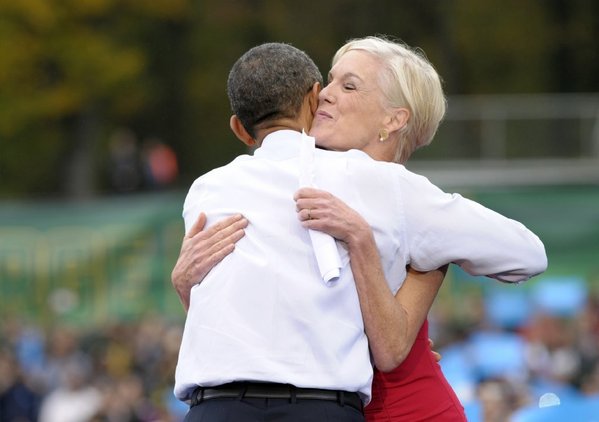 Crooked Hillary’s State Department colluded with the FBI and the DOJ in a DISGRACEFUL quid pro quo exchange where her staff promised FBI agents more overseas positions if the FBI would alter emails that were classified. This is COLLUSION at its core and Crooked Hillary’s super PAC, the media, is doing EVERYTHING they can to cover it up. It's a RIGGED system and we MUST not let her get away with this -- our country deserves better! Vote on Nov. 8 and let’s take back the White House FOR the people and BY the people! #AmericaFirst! #RIGGED

Donald J Trump 2016 Ruler of the free world where the rule of law is for everyone.

Buying of the President 2016 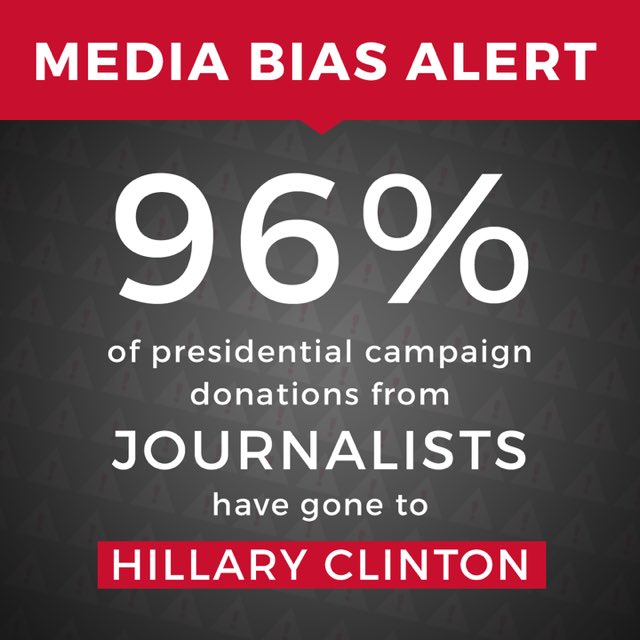 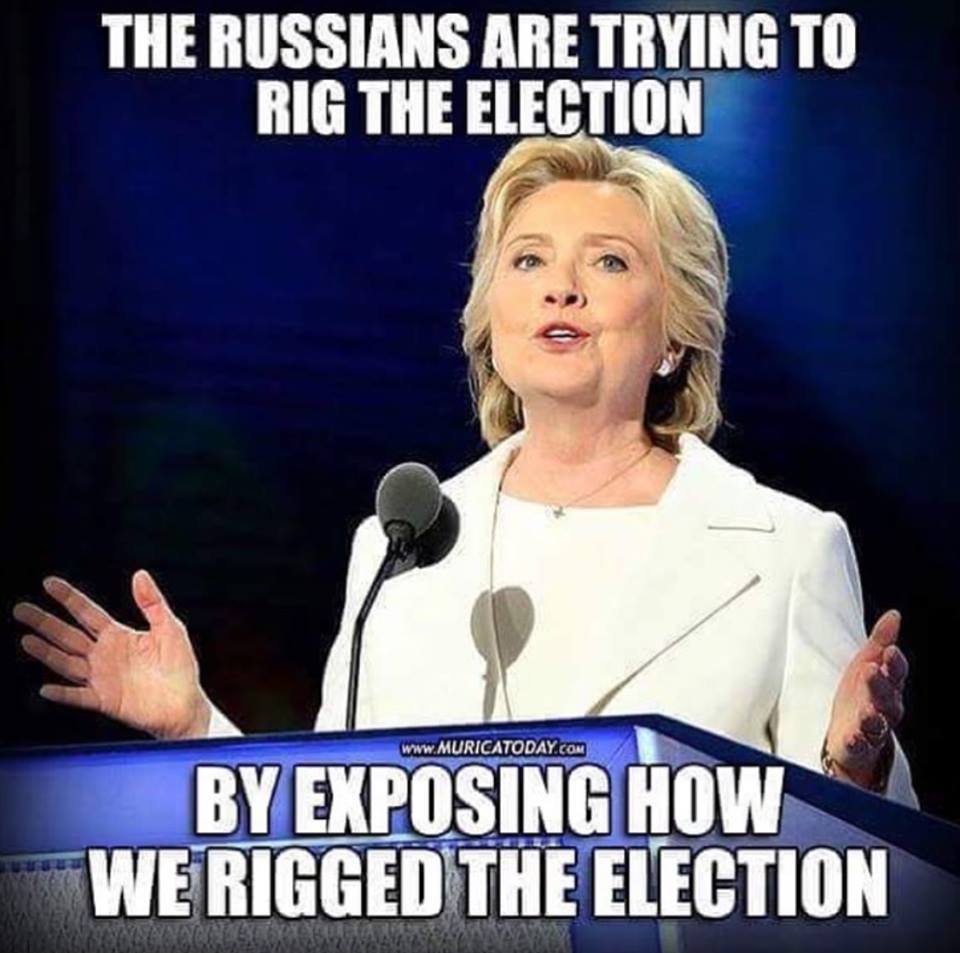 IT’S OVER: HILLARY’S ISIS EMAIL JUST LEAKED & IT’S WORSE THAN ANYONE COULD HAVE IMAGINED…

Today Wikileaks released what is, by far, the most devastating leak of the entire campaign.  This makes Trump’s dirty talk video looks like an episode of Barney and Friends.

Even though when Trump called Hillary the ‘founder’ of ISIS he was telling the truth and 100% accurate, the media has never stopped ripping him apart over it.

Today the media is forced to eat their hats because the newest batch of leaked emails show Hillary, in her own words, admitting to doing just that, funding and running ISIS.

John Podesta, Hillary’s campaign chair, who was also a counselor to President Obama at the time, was the recipient of the 2014 email which was released today.

Assange promised his latest batch of leaks would lead to the indictment of Hillary, and it looks like he was not kidding.  The email proves Hillary knew and was complicit in the funding and arming of ISIS by our ‘allies’ Saudi Arabia and Qatar!

“The governments of Qatar and Saudi Arabia, which are providing clandestine financial and logistic support to ISIL…”, Clinton wrote.

The media is yet to report on this, even though Wikileaks has a 10 year history of being 100% accurate in their leaks, never once releasing info that proved to be false.

…Can you guess why?

Maybe it has something to do with the fact that The Saudi’s brag about funding 20% of Hillary’s Presidential campaign, and along with Qatar, are among the largest donors to the CLINTON FOUNDATION.

Is it any mystery now why ISIS has flourished under the Obama/Clinton administration? The United States has created armed and funded the terrorists overthrowing Syria via our Terrorist State allies.  When you know this it makes you look at the situation in Syria differently.  Perhaps Russia and Iran are the ones fighting ISIS, it stands to reason once you know we are fighting Russia, and at the same time arming ISIS.

Clinton’s campaign and her Clinton Foundation are literally funded by the SAME PEOPLE who are funding ISIS and killing hundreds of thousands of innocents in the Middle East, and now, even here at home.

This is nothing short of TREASON.  Hillary must be sent to trial and held accountable for crimes against humanity and Treason against the United States of America.

We know the media will do all in their power to bury this story so it is up to us to use social media to make sure every voter in America knows this before they cast their vote for president on Nov 8th.  You know what to do …

Adams, who was the Voting Section Attorney at the US Department of Justice, filed six suits in the past year against Philadelphia and Broward County, Florida where the voter rolls are corrupted.

Adams said he had one case in Texas where the person died in 1944.

Far left groups continually sue to keep the voter rolls the way they are. The Obama administration has no desire to clean up these voter rolls.

When you are at it, read:

‘How to Commit Voter Fraud on a Massive Scale’: Part II of Project Veritas Investigation into Clinton Network

The Washington DC Swamp must be drained!

FOLKS, I NEED PIX AND VIDEOS FOR MY TWITTER FEED... FOR PRESIDENT TRUMP!

WHY OBAMA AND HILLARY MUST STOP DONALD TRUMP AT ALL COSTS

For once, the powerful socialist cabal and the corrupt crony capitalists are scared. I’ve never seen them this outraged… this vicious… this motivated… this coordinated. NEVER in all my years in politics, have I seen anything like the way the mad dogs of hell have been unleashed on Donald Trump

WHY OBAMA AND HILLARY MUST STOP DONALD TRUMP AT ALL COSTS

For once, the powerful socialist cabal and the corrupt crony capitalists are scared. I’ve never seen them this outraged… this vicious… this motivated… this coordinated. NEVER in all my years in politics, have I seen anything like the way the mad dogs of hell have been unleashed on Donald Trump

It would be funny if Trump spent his entire fortune on his campaign and ended up a poor loser. Sadly, he'll probably just end up a rich loser.

TRUMP LOSER ? IMPOSSIBLE ! HE CREATED YUUUUGE ANTI-GLOBALIST ANTI-PC ANTI-MULTIKULTI MOVEMENT WHICH WILL BE HERE LOOOOONG AFTER YOU ARE DEAD!

THIS MAN HATES CULTURAL MARXISTS! AS WE DO!

Cultural Marxism: An offshoot of Marxism that gave birth to POLITICAL CORRECTNESS, multiculturalism and "anti-racism."

Do yourself a favour and google: “destroy cultural marxism"

I did google: “destroy cultural marxism" and what i learned froze blood in my veins. Here is what I learnt:

"The very essence of Cultural Marxism is the support of mass immigration /open borders."

"The end goal of Cultural Marxists is white genocide."

"Cultural Marxists have taken over the institutions of the media, education, mainstream Christianity (conservative and liberal), law, and finance. Their goal is the annihilation of Western Civilization in general and white people in particular."

For once, the powerful socialist cabal and the corrupt crony capitalists are scared. I’ve never seen them this outraged… this vicious…this motivated… this coordinated. NEVER in all my years in politics, have I seen anything like the way the mad dogs of hell have been unleashed on Donald Trump.

THE PIGS HATE MISTER TRUMP https://www.donaldjtrump.com/ BECAUSE HE IS UNPOLITICALLY CORRECT ..that’s all.

THE ORIGINS OF POLITICAL CORRECTNESS

Where does all this stuff that you’ve heard about this morning – the victim feminism, the gay rights movement, the invented statistics, the rewritten history, the lies, the demands, all the rest of it – where does it come from? For the first time in our history, Americans have to be fearful of what they say, of what they write, and of what they think. They have to be afraid of using the wrong word, a word denounced as offensive or insensitive, or racist, sexist, or homophobic.

We have seen other countries, particularly in this century, where this has been the case. And we have always regarded them with a mixture of pity, and to be truthful, some amusement, because it has struck us as so strange that people would allow a situation to develop where they would be afraid of what words they used. But we now have this situation in this country. We have it primarily on college campuses, but it is spreading throughout the whole society. Were does it come from? What is it?

We call it “Political Correctness.” The name originated as something of a joke, literally in a comic strip, and we tend still to think of it as only half-serious. In fact, it’s deadly serious. It is the great disease of our century, the disease that has left tens of millions of people dead in Europe, in Russia, in China, indeed around the world. It is the disease of ideology. PC is not funny. PC is deadly serious.

If we look at it analytically, if we look at it historically, we quickly find out exactly what it is. Political Correctness is cultural Marxism. It is Marxism translated from economic into cultural terms. It is an effort that goes back not to the 1960s and the hippies and the peace movement, but back to World War I. If we compare the basic tenets of Political Correctness with classical Marxism the parallels are very obvious.

This is very true. The media are also dropping all pretense of impartiality in this election. Hopefully this revelation leads to some positive changes down the road, such as a return to proper journalistic standards.

We're not going to elect that train wreck of a man just so Putin can breathe easy. America comes first in an American election.

Has anyone told you yet that you are fucking insane hippy?