I found this Bob Marley PlayList

it is still Summer Time

and you should enjoy the summertime great weather usualy

who by the way together with the other PUTANA jew emilia

to test their satanic powers warning to the duck to prperly  behave himself

God can instantly add up by teleportation

huge masses of clouds and moister to an existing hurricane

so a category 3 hurricane 3 can turn in category 5

in a matter of seconds

donald trump should take the hit and appologize to putin

unless he wants more adventures from God

another blocked by God El Earthquake in Pompei 40 minutes ago

Upon entering the Caribbean Sea, Harvey began to weaken due to moderate wind shear and degenerated into a tropical wave north of Colombia early on August 19. The remnants were monitored for regeneration as it continued west-northwestward across the Caribbean and the Yucatán Peninsula, before re-developing over the Bay of Campeche on August 23. Harvey then began to rapidly intensify on August 24, re-gaining tropical storm status and becoming a hurricane later that day. so obviously Donald Trump should appologize to the Italians too

when Hurricane Harvey was actualy formed in retaliation by GOD am I Russia's Ambasador or have any Professional Associaion wih Russia ?

NO I am God El Ambasador on Earth

and HARVEY is just another proof of that NOBEl in Literature to a Drug addict ?

is this realy what Dylan says the TRUE story of Hurricane Harvey ? signs HAL as I

it is known that HAL signs as AI or I

these two terrorist acts in the last 4 days

were indeed a HUGE error of Babylon

who refuse to tell you

why they falsified the old and new wrongly called TESTAMENTs

since GOD is alive

everything is inside the Universe

and absolutely nothing outside the Universe

so obviously GOD should allways exist within the Universe

the Creator thus must coexist within His Creation

according to this definition

while I am simply His Legal Official Translator

so GOD can access the matter instantly anywhere within the Universe

model of the divine

Upon entering the Caribbean Sea, Harvey began to weaken due to moderate wind shear and degenerated into a tropical wave north of Colombia early on August 19. The remnants were monitored for regeneration as it continued west-northwestward across the Caribbean and the Yucatán Peninsula, before re-developing over the Bay of Campeche on August 23. Harvey then began to rapidly intensify on August 24, re-gaining tropical storm status and becoming a hurricane later that day.

for this prompt response of God

instead of me going back to Greece

where a monster conflict with greeks would have resulted

with the NET result

of Russian ambasador in Sudan on August 23rd 2017

see related warning of mine to Diana listen); 30 January 1927 – 28 February 1986) was a Swedish Social Democratic politician, statesman and prime minister. A longtime protégé of Prime Minister Tage Erlander, Palme led the Swedish Social Democratic Party (S) from 1969 until his assassination in 1986, and was a two-term Prime Minister of Sweden, heading a Privy Council Government from 1969 to 1976 and a cabinet government from 1982 until his death. Electoral defeats in 1976 and 1979 marked the end of Social Democratic hegemony in Swedish politics, which had seen 40 years of unbroken rule by the party. While leader of the opposition, he parted[clarification needed] domestic and international interests and served as special mediator of the United Nations in the Iran–Iraq War, and was President of the Nordic Council in 1979. He returned as Prime Minister after electoral victories in 1982 and 1985.

Palme was a pivotal, renowned, and polarizing figure domestically as well as in international politics since the 1960s. He was steadfast in his non-alignment policy towards the superpowers, accompanied by support for numerous third world liberation movements following decolonization including, most controversially, economic and vocal support for a number of Third World governments. Most famously, he was the first Western head of government to visit Cuba after its revolution, giving a speech in Santiago praising contemporary Cuban and Cambodian revolutionaries.

Frequently a critic of US and Soviet foreign policy, he resorted to fierce and often polarizing criticism in pinpointing his resistance towards imperialist ambitions and authoritarian regimes, including those of Francisco Franco of Spain, Leonid Brezhnev of the Soviet Union, António de Oliveira Salazar of Portugal and Gustáv Husák of Czechoslovakia, as well as B J Vorster and P W Botha of South Africa. His 1972 condemnation of the Hanoi bombings, notably comparing the tactic to the Treblinka extermination camp, resulted in a temporary freeze in Sweden–United States relations. His murder by an unapprehended assailant on a street in Stockholm on 28 February 1986 was the first of its kind in modern Swedish history, and the first assassination of a national leader since Gustav III. It had a great impact across Scandinavia.[1] Local convict and addict Christer Pettersson was convicted of the murder in the first instance court tingsrätten, but was acquitted on appeal to the Svea hovrätt.

are you sure Bob Dylan deserved Nobel Prize in Literature 2016

for his version of the

Story of the Hurricane ? 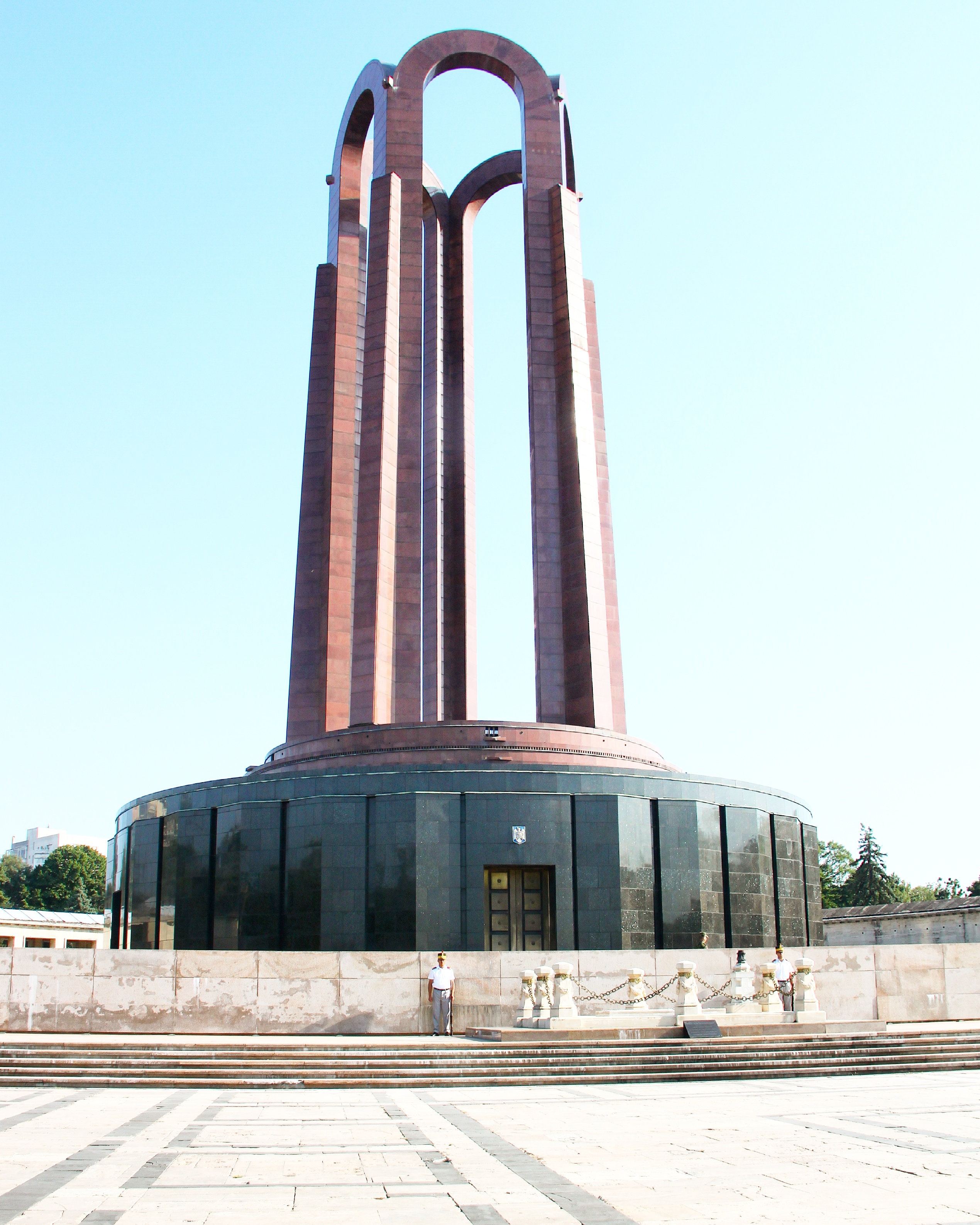 Nikita Kruschov who basicaly ordered my father to built the mausoleum

in retaliation for the death of Josef Stalin

resigned 9 months after the Inauguration of the Mausoleum

in fear because was such a success story of the Hurricane

maybe this is the most significant monument built in recent history

so much history in it

On October 23, the quarantine of Cuba began, but Kennedy decided to give Soviet leader Nikita Khrushchev more time to consider the U.S. action by pulling the quarantine line back 500 miles. By October 24, Soviet ships en route to Cuba capable of carrying military cargoes appeared to have slowed down, altered, or reversed their course as they approached the quarantine, with the exception of one ship—the tanker Bucharest.

The TRUE Story of many Hurricanes

Nikita Kruschov who basicaly ordered my father to built the mausoleum

in retaliation for the death of Josef Stalin

resigned 9 months after the Inauguration of the Mausoleum

in fear because was such a success story of the Hurricane

maybe this is the most significant monument built in recent history

so much history in it

The TRUE Story of many Hurricanes

and they convinced Ceausescu to build Palatul Poporului instead and they convinced the naive romanians

to believe that they are special

to the point of killing the experienced Ceausescu 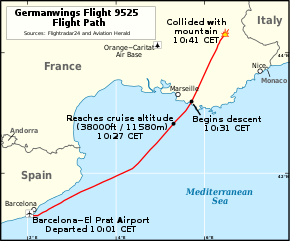 stay calm no reaction from no one

riots in Antwerpen against me

all the way oil embargo

last of the 45 EQ generated by God El in FRANCE

but the 30000 examples of it Published here similar to August 2007 in Paris that Lady D did not

apparently the LEXUS was stronger built but the Lexus was 50% my property

and I had to sign the property transfer to Elisabeth usualy such events occur once each 160 days

very closed to Oviedo home of

initial home of the current Queen of Spain

Having been forced into exile after the Glorious Revolution deposed his mother Isabella II from the throne in 1868, Alfonso studied in Austria and France. His mother abdicated in his favour in 1870, and he returned to Spain as king in 1874 following a military coup. Alfonso died aged 27 in 1885, and was succeeded by his unborn son, who became Alfonso XIII on his birth the following year.

The Prince of Asturias, Alfonso, was the person chosen to develop the new road map proposed by Canovas, which led to the June 1870 abdication of Queen Isabel II in favour of her son Prince Alfonso. The new road map, which indeed ended the eternal crisis begun in 1810 was called 'Alfonsismo', and the moderate centrist Cánovas del Castillo became the spokesman. As having Alfonso in Spain would be a problem, Cánovas became responsible for his education. He sent Alfonso to the Sandhurst Military Academy in England, where the training Alfonso received was severe but more cosmopolitan than in Spain, given the current atmosphere.

Letizia Ortiz Rocasolano (Spanish pronunciation: [leˈtiθja]; born 15 September 1972) is the Queen of Spain as the wife of King Felipe VI, who ascended on 19 June 2014 on the abdication of his father Juan Carlos I.[1] Before her marriage to Felipe, Letizia was a journalist and news anchor. Letizia and Felipe have two daughters, Leonor, Princess of Asturias, who is now the heir presumptive; and Infanta Sofía.

Letizia was born in Oviedo, Asturias, to a middle-class family.

just imagine if I was not God's Legal Unique spokesperson

and writting these things

what could have happened

in the story of the Hurricane (Nobel Prize literature 2016)

p.s. God El blocks nothing if I do not write exactly what He wants me to write

my opinion after working 14 years with Him personaly

definetely my favourite musician is right

that you should drop the pilot

just imagine staying on this beach at age 20

being payed by spanish government 1400 euro/month in today's money

to work in oviedo

my BOSS said you do no go out of ASTURIA

when I returned I told him about Porto, Vigo, santiago de Compostela,

Llanes asturia, La coruna where I slept on the beach with 9 oC outside temperature in a T-shirt 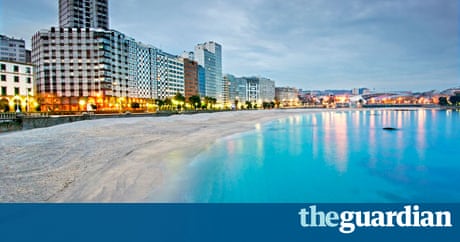 so there were lots of clubs arround

while I was freezing to death

and he had a heart attack

so being away from work

without doing nothing for long hours

with 12 others in a room

when a german in the room was listening to her

and I adored instantly her music