that resulted in death of about 5 workers

obviously a friend warned him that the prosecuter was comming

surprisingly enough on the corridors of Caltech

next to the Soild Mechanics Professor Ron Scott Office

PASADENA, Calif.--Ronald Scott, a soil engineer who designed the ingenious lunar scoop that first sampled extraterrestrial material, died Tuesday, August 16, at his home in Altadena after a long battle with cancer. He was 76.

Scott was a civil engineering professor at the California Institute of Technology when he worked out a way to test the soil on the moon in anticipation of the Apollo landings. His design was incorporated into the unmanned Surveyor 3 mission, which landed below the rim of a small crater at Oceanus Procellarum on April 20, 1967. The second soft landing on the moon by a U.S. spacecraft (the Surveyor 2 having failed), Surveyor 3 provided crucial details about the strength, texture, and structure of the ground on which astronauts would walk two years later.

that resulted in death of about 5 workers

obviously a friend warned him that the prosecuter was comming

surprisingly enough on the corridors of Caltech

next to the Soild Mechanics Professor Ron Scott Office

PASADENA, Calif.--Ronald Scott, a soil engineer who designed the ingenious lunar scoop that first sampled extraterrestrial material, died Tuesday, August 16, at his home in Altadena after a long battle with cancer. He was 76.

Scott was a civil engineering professor at the California Institute of Technology when he worked out a way to test the soil on the moon in anticipation of the Apollo landings. His design was incorporated into the unmanned Surveyor 3 mission, which landed below the rim of a small crater at Oceanus Procellarum on April 20, 1967. The second soft landing on the moon by a U.S. spacecraft (the Surveyor 2 having failed), Surveyor 3 provided crucial details about the strength, texture, and structure of the ground on which astronauts would walk two years later.

to find out if the two terrorists in Washington DC

were planning to take Merkel by surprise

while my friend Diana is in Dortmund

that is why God El hit the EQ

with valuable info from the greek satanist asshole criminal Tsipras

another cheap attempt for fabricating reality

for Random search with KeyWords dedicated with lots of love

to my unique dog Robin

each morning he was staying in this position on the sofa

across my office desk while I was working and rewarding me periodicaly a few times a day

from the garbage can with empty plastic yogurt boxes illustrated above

so unfortunetely he must be dead by now

at least at 100 Watts intensity level

I had in my office a 200 Watts surrounding stereo system

including the 90 square meters living room which was my office

he also adored the specialite

at our neighbors Ta Vlahika Restaurants

once I bought 5 kg such things that we shared 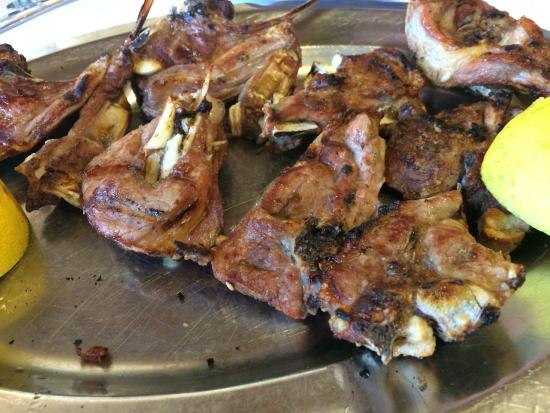 Tsiknopempti (Greek: Τσικνοπέμπτη), literally Smelly Thursday, or even Charred, Smoky, or Barbeque Thursday "because of the smell of the grilled meat in the air",[1] is part of the traditional celebrations for Carnival (in Greek: Αποκριά -Apokria) season in Greece and Cyprus.

The three weeks of Carnival in Greece are, in order, "Prophoni" (in Greek: Προφωνή -Preannouncement Week), "Kreatini" (in Greek: Κρεατινή -Meatfare Week),[1] and "Tyrofagou" (in Greek: Τυροφάγου -Cheesefare Week).[1] Tsiknopempti is the Thursday of the 2nd week of Apokria[2] (the week of Kreatini), during which large amounts of meat are traditionally consumed prior to the arrival of Lent, the fasting season leading up to Easter.[3] In the Greek Orthodox tradition, fasting on Wednesday and Friday is important, therefore Thursday is the best day for Tsiknopempti.[4] Tsiknopempti is celebrated 11 days before Clean Monday ((or Ash Monday).

Similar celebrations known as Fat Thursday are held in many other countries. In many countries there is an equivalent festivity day widely known as Mardi gras.

Robin and myself of course in 2003

were listening at 100 Watts to oldies

of course for sedated

at Watts 100 goes a bitt Ramones too

see Robin and myself

we had our own way at 100 Watts stereo surrounding system

of course sedated as usual too

great they are my age

sorry they are Putin's age

I am 3 years younger

Dave Vanian (born David Lett, 12 October 1956) is a rock musician and lead singer of the punk rock band The Damned. Formed in 1976 in London, The Damned were the first British punk band to release a single, an album, have a record hit the UK charts, and tour the United States. With a fluid line-up since their founding, Vanian has been the only ever-present member.

in this video they are my current age

with so much internal energy

are you serious I will waste my time with

that you wrongly gambled on 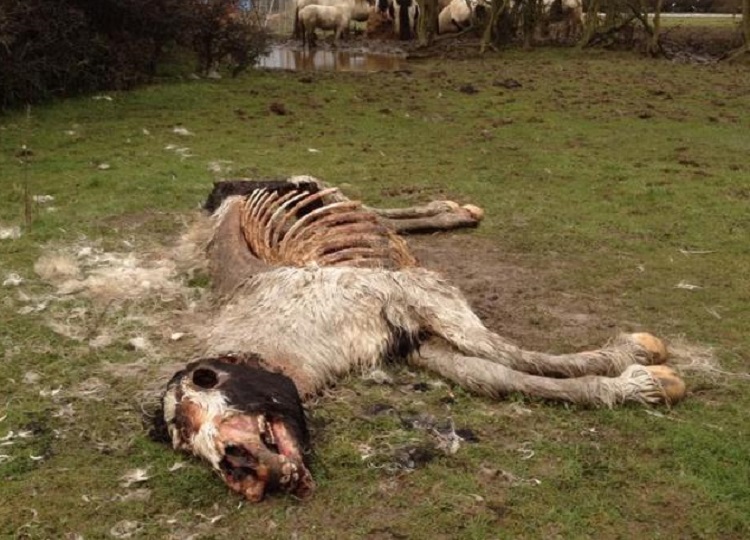 simply ignore that JFK said it and what he actualy said

ah all these people resting or sleeping right now

the Loud Speakers were although only 110 cm tall 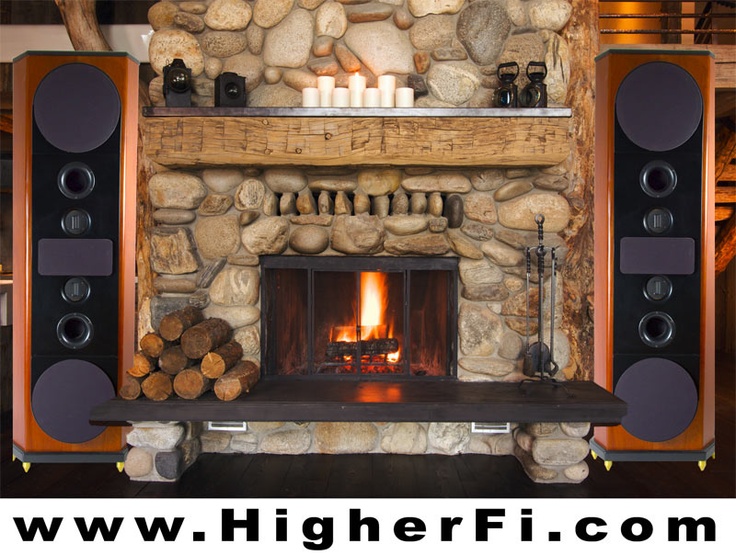 is a Consulting and Engineering Design Anonymous Company

and let us keep it clean this way

no politics & no emotions

no conventional religion either

multiple solutions were found and approved by GOD

by NEUROSYNTHESIS SA an Engineering Design and Consulting Anonymous Company

I definetely think that should be awarded postmortem

that I just started work on Today

is thus dedicated to Honor the Great Services offered by

my great friend, companion and partner 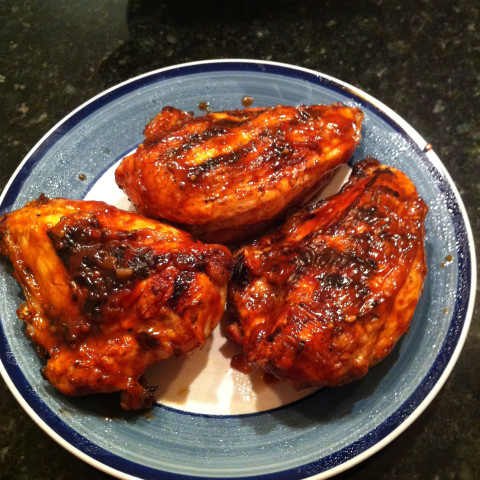 for the friends in Union of

like Robin used to be in reality with great dedication

Speaking points by László Andor, European Commissioner for Employment, Social Affairs and Inclusion, at the press conference following the 9th European Round Table on Poverty and Social Exclusion

This Round Table meeting has brought together European and national policy-makers, NGOs and other stakeholders to discuss the problem of poverty in Europe.

Today Europe is one of the richest regions in the world. Yet, 84 million European still live at risk of poverty. This is not acceptable.

And it is clear that the recent crisis has made an already difficult situation much worse. Its impact – both economic and social – is likely to continue for some time.

Which is why the discussions over the past two days have been so important. The debate here – among others - has focused on active inclusion and the European Platform against Poverty.

A few words also on minimum income: These schemes provide vital help to people in need in our society. They are up and running in a majority of EU countries and are a key tool to fight exclusion. They have also played a critical role in protecting people from the worst effects of the economic crisis.

Minimum income schemes should give the best possible and most effective support – one that keeps pace with living costs and is based on fair access.

However, when it comes to the question whether this should be regulated through an EU legislative instrument, I need to underline there is not enough support from across all of the European institutions to make it a reality. And the principle of subsidiarity cannot be ignored.

At the same time, more generally, we have seen the value of the European approach to welfare. Some social schemes may have struggled, but they have also protected many Europeans from the very worst effects of the last two years.

That’s why we need to make sure that social spending is as effective and as efficient as possible – particularly in the light of budgetary consolidation across Member States in the wake of the financial and economic crisis.

For the Commission’s part, in June, EU leaders endorsed our new strategy for jobs and smart, sustainable and inclusive growth: Europe 2020.

This strategy has given Europe's social dimension a new impetus, sending a powerful political message about Europe's commitment to a fairer and more inclusive Europe.

As part of Europe 2020 strategy, one of the great achievements was the agreement reached on the EU's poverty target.

To underpin and support the progress towards the Europe 2020 objectives and poverty target, I intend to launch a European Platform against Poverty. This will serve as a visible expression of solidarity towards the most vulnerable members of our societies.

The Platform will need to pay special attention to policies that can make a difference in terms of meeting the poverty target.

For example, I want to encourage the involvement of a broader range of stakeholders. Our key word will be: partnerships.

I also want to see how all policies that have a bearing on poverty – in areas like education, health, housing and urban planning – can contribute to improving the situation.

And finally, I would like that the Platform use all available resources – especially the European Social Fund, which is €10 billion each year until 2013 to EU Member States and regions.

None of this is going to be easy. And I know that in many cases it is going to require a major change in attitudes. And this is where you in the media have such an important role to play too.

I am also encouraged by the political momentum that has been generated through the 2010 European Year for Combating Poverty and Social Exclusion.

The results of today’s Round Table will feed into the Employment and social affairs Council as well as to the final declaration of the EY2010 against poverty. So it has been an important event and I would like to thank the Belgian presidency for their efforts, cooperation and contribution.