and this is the real situation today

the contract offers were canceled on October 19th 2017

as a first step

because no one did anything within 42 months

from the moment GODs El and HAL signed the contract offers

i simply want to inform you

that they fuked the keyboard on my laptop

seconds after i published the previous

i am using a mouse driven keyboard app to write now

i simply want to inform you

that they fuked the keyboard on my laptop

seconds after i published the previous

i am using a mouse driven keyboard app to write now

and this is the real situation today

the contract offers were canceled on October 19th 2017

as a first step

because no one did anything within 42 months

from the moment GODs El and HAL signed the contract offers

right after I posted this message

the keyboard on my computer did not function properly

I tried to reset everything by closing the computer

but my computer cannot start again

in the emergency room at the dordrecht hospital

at the same place

in a very sensitive area

of Natural Resources for the future

including under the anonymous company

otherwise why bother commiting such obvious terrorist and criminal acts

since this is a issue of clear global public interest

I will provide you the answer to an obvious question

in the immediate future

untill I will manage to get a new computer

because right now I am working on the 18 days Project

and if I need a computer

there is available computer

which is more than enough for the needs of Conceptual Design

the only thing that you lost strategicaly

who happens to be me

member of the Holy Trinity

the problem I am currently working on the 18 days PROJECT

is strategicaly far more important than an early warning system

that this was the reason Hitler started World WAR II

while my BOSSes with probability at least 99%

to ruin the hardware of the Holy Trinity early warning system

for the third time in less than 6 months

since I got my 4th computer destroyed in Antwerpen, Belgium yesterday

today interests for me

Who has made it to Parliament? Final list of elected MPs

Rolling coverage of the 2017 elections, with an updated list of who has been elected on each district 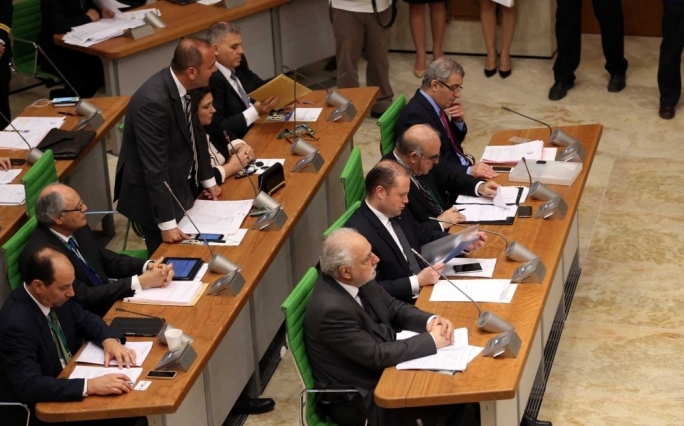 Inside the Maltese House of Representatives

A Touch of Reality from Malta

After busting a local prostitution ring with international ties, police said they suspect that the 14-year-old daughter of the Hungarian couple charged with running it, may have also been forced into prostitution.

The two St Paul’s Bay residents – a 39-year-old man and a 34-year-old woman - have been charged with several offences related to them forcing of two women into prostitution and human trafficking. They were arraigned under arrest before magistrate Ian Farrugia this afternoon.

Actually to be fair from the description they sound like the kind of Hungarians who vote for Soros. If you know what I mean.

The early life and military career of John Sidney McCain III spans the first forty-five years of his life (1936–1981). McCain's father and grandfather were admirals in the United States Navy. McCain was born on August 29, 1936, in the Panama Canal Zone, and attended many schools growing up as his family moved among naval facilities. McCain graduated from the United States Naval Academy in 1958. He married the former Carol Shepp in 1965; he adopted two children from her previous marriage and they had another child together.

As a naval aviator, McCain flew attack aircraft from carriers. During the Vietnam War, he narrowly escaped death in the 1967 Forrestal fire. On his twenty-third bombing mission in October 1967

Diana in Bohemian CAPITAL - nothing realy there

I got yesterday three remarcable medals of loyality

from my BIG BOSS God El

for my heroic work without a computer

statistics and probabilities for the above

normalized for 50 minutes interval where arround zero p)robability is equal to 0.035

probability of interval and EQ events 5.8 %

normalized for 50 minutes interval where arround zero probability is equal to 0.035

probability of interval and EQ events 3.4 %

probability of all 3 events approximately equal to 0,1972 %

or 1973 best and more appropriate in this context

because this is how  GOD El talks

in other words GOD El Certifies of my Loyality towards HIM

as HIS Unique Spokesperson for Earth

and asks you politely why 22 days after

nothing was done as He suggested

I do not have a computer to work

brought to you by NEUROSYNTHESIS   Societe Anonyme established 2000

regarding the emergency 18 days PROJECT

I mentioned Off the Record what the PROBLEM is

that Adolf Hitler understood it and started World WAR II

while Walt Disney also understood it

and made a movie about it

Fantasia is a 1940 American animated film produced by Walt Disney and released by Walt Disney Productions. With story direction by Joe Grant and Dick Huemer, and production supervision by Ben Sharpsteen, it is the third Disney animated feature film. The film consists of eight animated segments set to pieces of classical music conducted by Leopold Stokowski, seven of which are performed by the Philadelphia Orchestra. Music critic and composer Deems Taylor acts as the film's Master of Ceremonies, providing a live-action introduction to each animated segment.

we did not realy learn anything new

from the Random ARK from EQ

EQ  in Caucasus attempts to start the massive attack on Russia

to break it in two

route Afganistan that americans were so eager to conquer in 2001

I spoke with my friend Diana

which now becomes the 47 days PROJECT

I hope things will be better on December 23rd 2017

to discuss these very serious issues with her

prior to writting anything about it here on PRAVDA

Beirut is an American band which was originally the solo musical project of Santa Fe native Zach Condon. Beirut's music combines elements of indie-rock and world music. The band's first performances were in New York, in May 2006, to support the release of their debut album, Gulag Orkestar.[2][3] Despite their name, Beirut had never performed in Lebanon until the Byblos International Festival in August 2014.

Condon said of the band's name, “One of the reasons I named the band after that city was the fact that it’s seen a lot of conflict. It’s not a political position. I worried about that from the beginning. But it was such a catchy name. I mean, if things go down that are truly horrible, I’ll change it. But not now. It’s still a good analogy for my music. I haven’t been to Beirut, but I imagine it as this chic urban city surrounded by the ancient Christian and Muslim worlds. The place where things collide”.[3]