A matter of freedom of speech

The Empire of the West is a system of death and destruction, tyranny and terror.  Its Great Achievements can be seen in Iraq, Yemen, Libya, Yugoslavia, etc..

Having destroyed Ukraine, the fascists now want to destroy Russia.  They want to bring the entire world down to their own miserable level.  Not one trace of independence must remain: Everyone everywhere must surrender and obey.

We should use our "freedom of speech" to solve problems and build a better world.  The fascists in our midst prefer to use this freedom as an instrument of destruction.  They spew torrents of cynicism, hatred, slander, ignorance and belligerence.  We who prefer life to death need to find a way to stand up to this massive relentless assault on our emotions and our sanity.

We need to realize, first of all, that this is a deliberate assault, funded by and driven by the trillion dollars a year the West feeds to the war racket.  The West needs war, and blasts out our ears with its siren song of war.  But to listen to this sweet poisonous song is to end up on the rocks, smashed up like Ukraine.

But not all human beings are suicidal.  Some of us prefer life to death.  What options do we have, if any?  How can we combat the addiction to war? 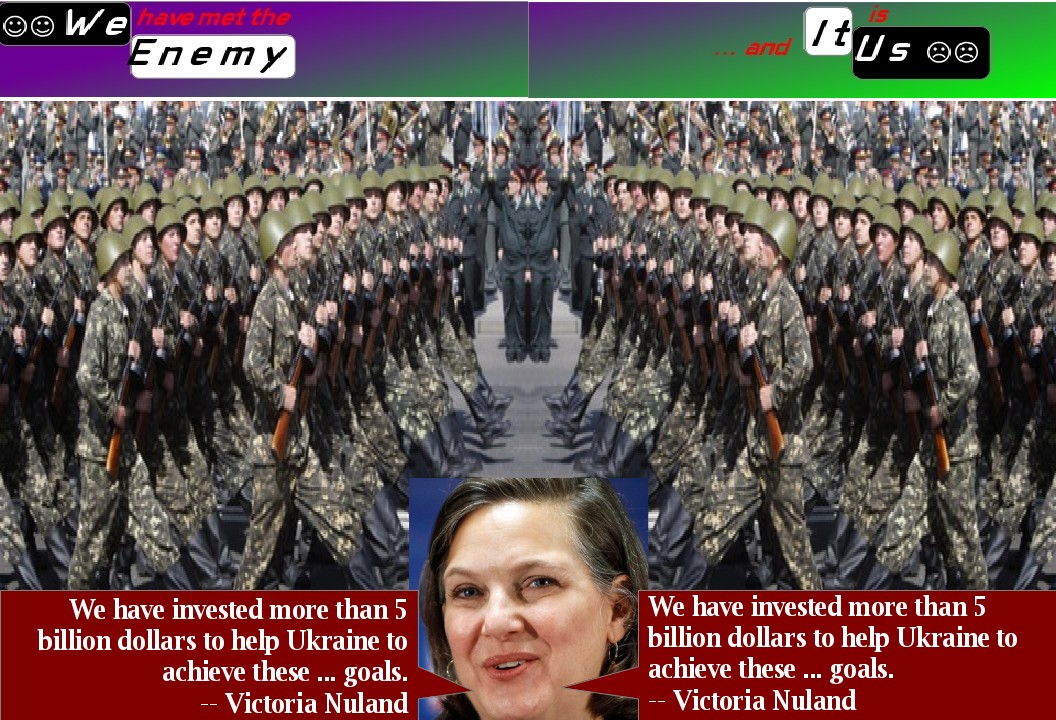 "to finance her wars with other peoples' money"

This is why the peace movement should oppose the Petrodollar tyranny.

Also tagged with one or more of these keywords: Selling war, fascism, Empire of the West