33 replies to this topic

Wake up all you Pravdians! Sleeping in this morning? After a bit of a lull in Russian air crashes, here we go again.

"A Russian airliner crashed minutes after takeoff from a Moscow airport on Sunday, killing all 65 passengers and six crew members on board, officials said.

The plane was an An-148, a regional jet belonging to Saratov Airlines, that had taken off from Domodedovo Airport and was headed to Orsk about 1,000 miles southeast of Moscow, REN-TV reported.

The Moscow Inter-Regional Transport Prosecutor's Office said in a statement to Interfax that all people on board the plane have died."

Russian President Vladimir Putin postponed a planned trip to Sochi to closely monitor the investigation and offered his condolences to the families of those killed.

Kremlin spokesman Dmitry Peskov said in a statement to Interfax that Putin "expresses deep condolences to all those who lost their relatives and friends in this disaster."

So what gives? My pals at Pravda need to put in more than their two cents.

Shaktiman is ALWAYS very suspicious when the TIMING of events seem surreptitious.

Israel calls its strikes on Syria ‘biggest’ in over 30yrs
https://www.rt.com/news/418434-israeli-strike-syria-biggest-1982/
"Bar said the retaliatory airstrikes inflicted “significant harm to the Syrian Air Force’s defenses,” which included “anti-aircraft batteries purchased in recent deals [with Russia],” along with Iranian targets." 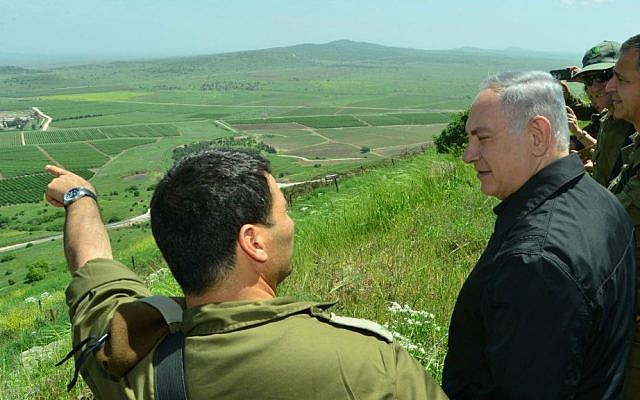 Not a surprise to Shaktiman and probably not to Cosssack and others:

Israel Hayom is owned by American billionaire Sheldon Adelson, a Trump backer and a supporter of Israeli Prime Minister Benjamin Netanyahu. In the interview, Trump criticized Israel's West Bank settlements, which the Palestinians and most of the international community view as illegal obstacles to peace. The Trump White House has been less publicly critical of Israel's settlement building than previous administrations."

Maybe y'all here can start taking the train. No more airplanes for Russia?

Here's a train where y'all can sleep very late, sleeping cars for Pravda sleepers.. 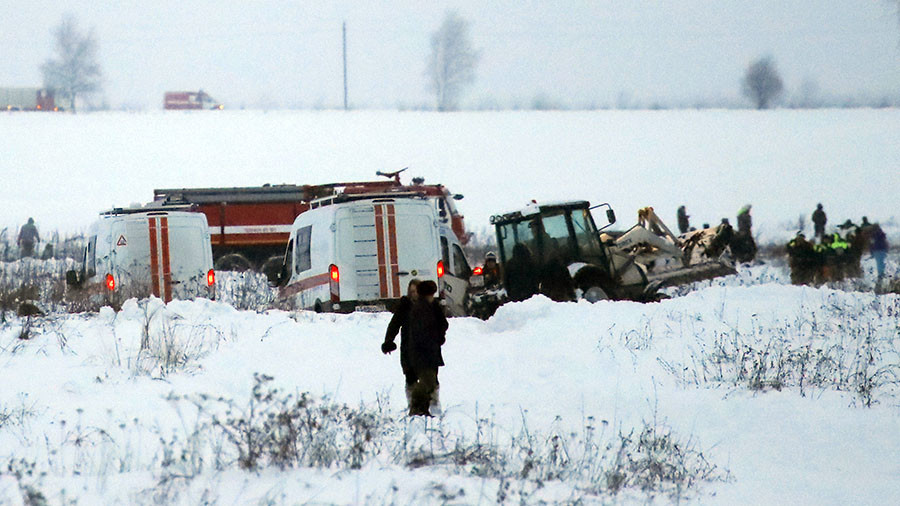 © Maxim Shemetov / Reuters
Two bodies as well as a flight data recorder and parts of the fuselage have been retrieved from the crash site of the Saratov Airlines An-148, Russia's Emergencies Ministry reported.

The area has been cordoned off by the police and the National Guard, the head of the local branch of the Emergencies Ministry, Sergey Poletykin, said on Sunday.

The search-and-rescue operation is ongoing. Special lighting has been set up so the operation can continue into the night, he added. Earlier, the ministry said the area will be observed by drones.

Meanwhile, the Transport Prosecutor’s office said everyone aboard the An-148 was dead. Earlier, the Emergencies Ministry released the names of all 71 people on board the ill-fated aircraft.

Russia to Israel: Creation of Threats for Russian Military Personnel in Syria Is Unacceptable

(Sputnik) Feb 10, 2018 | 6,646 194
293
SHARES
Share to FacebookShare to TwitterShare to RedditShare to VkontakteShare to PrintShare to Email 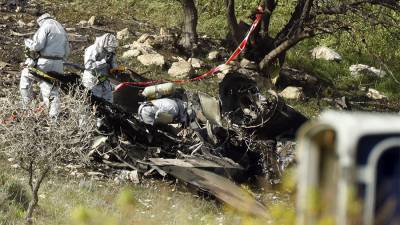 The Russian Foreign Ministry has called on the global community to respect Syria's sovereignty and the territorial integrity of the countries of the Middle East following the aerial attacks of Israeli Defense Forces (IDF) against targets in central Syria.

"Moscow is deeply concerned with the latest developments and attacks on Syria. The danger of the escalation of tensions within and around the de-escalation zones, which have become an important factor in reducing violence in Syria, is of particular concern," the Foreign Ministry stated on its website.

The statement notes that the Syrian government forces "are complying with the existing arrangements to provide the consistent functioning of the de-escalation zone in the south-west of the country."

"We urge all the involved parties to exercise restraint and avoid any steps that could lead to the aggravation of the situation. We consider it necessary to unconditionally respect the sovereignty and territorial integrity of Syria and other countries of the region."

The ministry also noted that the creation of threats in Syria, where the Russian military contingent is present, is unacceptable.

Russia to Israel: Creation of Threats for Russian Military Personnel in Syria Is Unacceptable

The israelis have really gone off the deep end.

They think they can play the same old routine and no one will catch on.

Too many Russian planes, Russian ambassadors, terrorist attacks against Russia that include bombings and anti-Russian events.

President Trump is not taking all this laying down.

Why? isreal has put the US at risk.

The israelis are destroying his work to bring an end to all this terrorism and US involvement.

So far the Koreans are the only ones to catch on and for now it's working.

Good to hear they have recovered the black boxes,to soon to say what caused the crash but looks like it was very sudden no time for the pilot to put a call out.

Good to hear they have recovered the black boxes,to soon to say what caused the crash but looks like it was very sudden no time for the pilot to put a call out.

I know how RICOs work and they DO DRP Planes.

I remember my Dad during the Kennedy years talking at breakfast and the "they dropped a plane today".

These guys took out many innocents just to get one guy they couldn't reach because of protection.

Anyone that thinks this doesn't happen is a fool.

Kikey has been doing this for some decades

Proof is not so easy, but timing is obvious.

Mrs. Shaktiman, and she is VERY real, said the Clintons gotta go and she intuitively smells Soros rats.

Yesterday she asked, "Who was on that flight?"

FoxNews needs to change from a News station to a Burlesque Strippers Show.

Agreed. There may be even more to it than the Uranium, 1 deal and the "Trump Dossier" fabricated by the Clintons, Obama,  and jewish syndicate witnessed thereto by Vacheslav Ivanov, CFO of Rosatom, Russia's nuclear energy company.

I have zero doubt that the Russian investigators are VERY astute and know ALL the angles. This one will no doubt be looked over by President Putin as well

And then one might wonder WHAT were they carrying if anything.

"Footage from a CCTV camera that captured some of what happened was posted online on Monday. It showed what looked like a large ball of fire streaking through the sky."

Investigators, who have opened a criminal case into the tragedy, said in a statement however that the plane had been in one piece when it plummeted toward the ground and not on fire. An explosion had occurred only after it crashed, they said."

My friend says that the V. Ivanov that died in the plane crash is not the Rosatom guy. Could be a case of mistaken identity once again.  Like with MH17.

My friend says that the V. Ivanov that died in the plane crash is not the Rosatom guy. Could be a case of mistaken identity once again.

Just heard that too...

Here is proof that Rusatom CFO Vyacheslav Ivanov isn’t the same guy as the passenger on that Russian flight. I mean ASIDE from the fact that he was drinking coffee 2 hours ago.

Hope you don't get upset while I eviscerate Fox News, the little jewish mob sycophants.

BTW, I do confess at doing the Mambo and Cha Cha with Mrs. Shaktiman. BUT - I love doing the Tango with her!!!!

Here's Fox when they should be covering a big story on the clinton and obama creeps.

BTW, in between visiting the wailing wall and screaming at Koreans, (Yes I too find it upsetting but in what context???)  VP Pence said he is willing to sit down and talk to DPRK. A FIRST in over 60 years.

@jshaktiman @FoxNews Update on Russian Air crash; "Proof Rusatom CFO Vyacheslav Ivanov Isn’t Dead (wasn’t on that flight) 02/12/18(Mario Milano)"Here is proof that Rusatom CFO.. Ivanov isn’t the same guy as the passenger on that Russian flight. He was drinking coffee 2 hours ago. 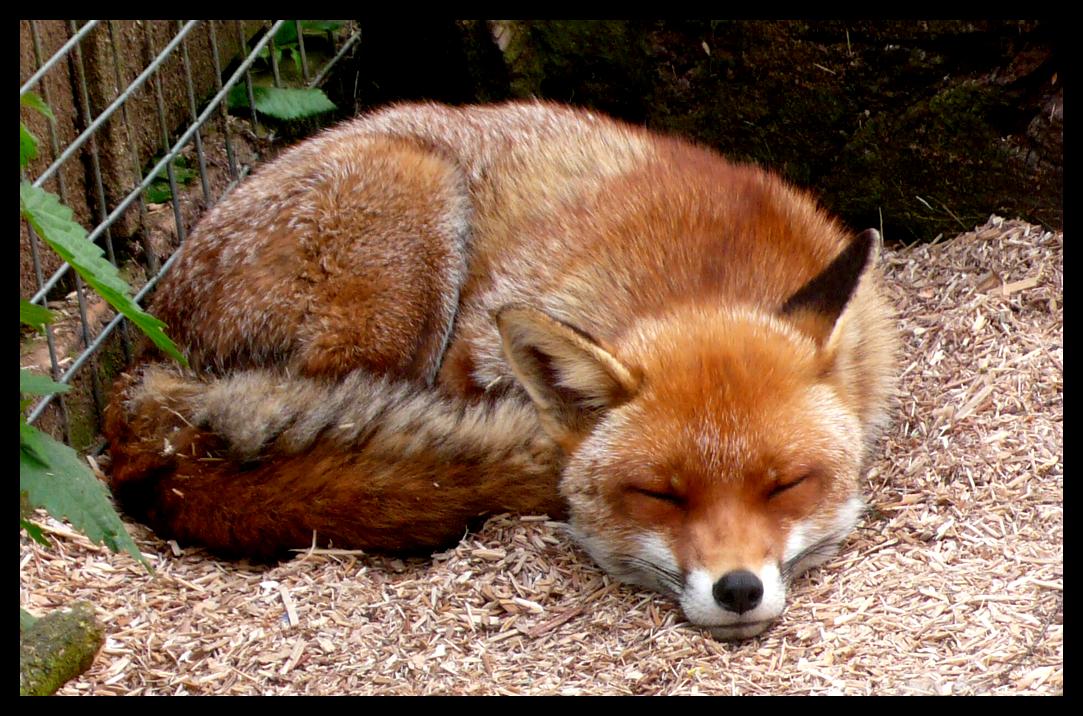 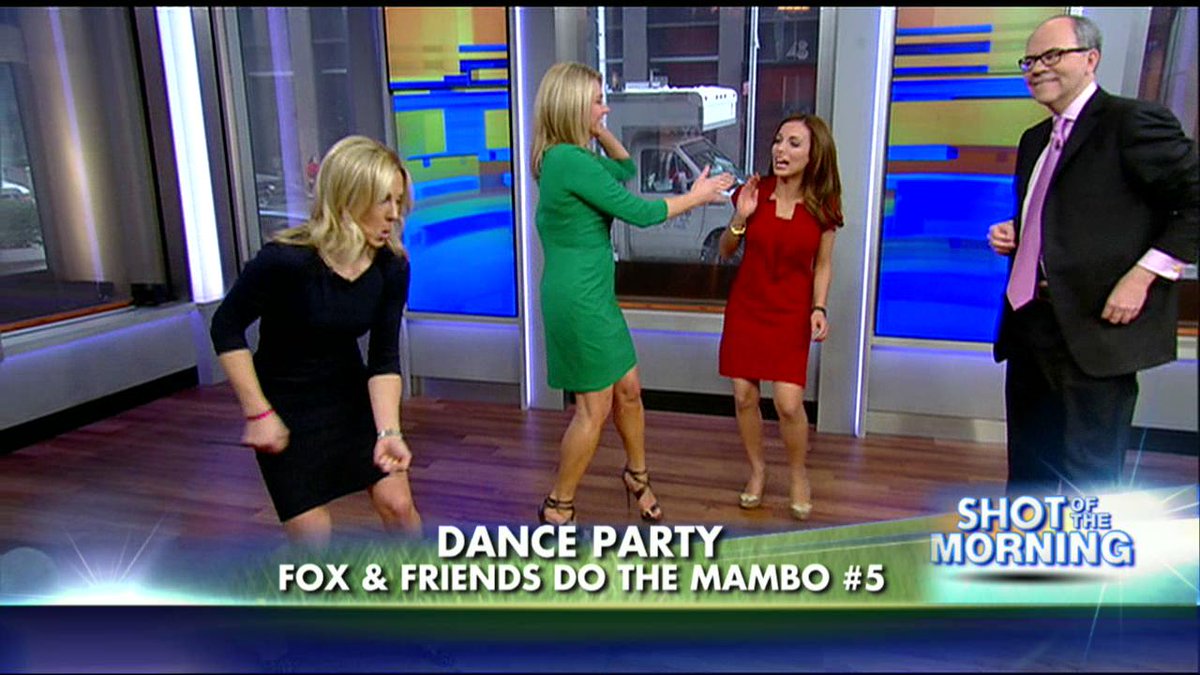 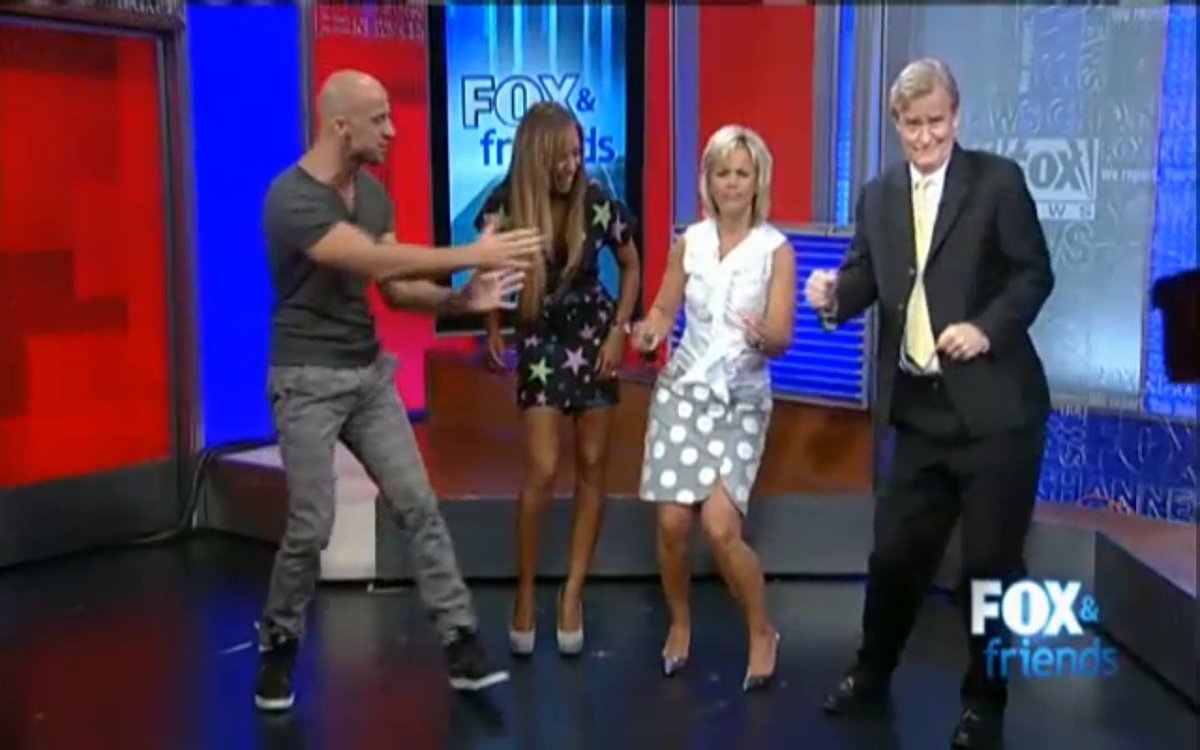 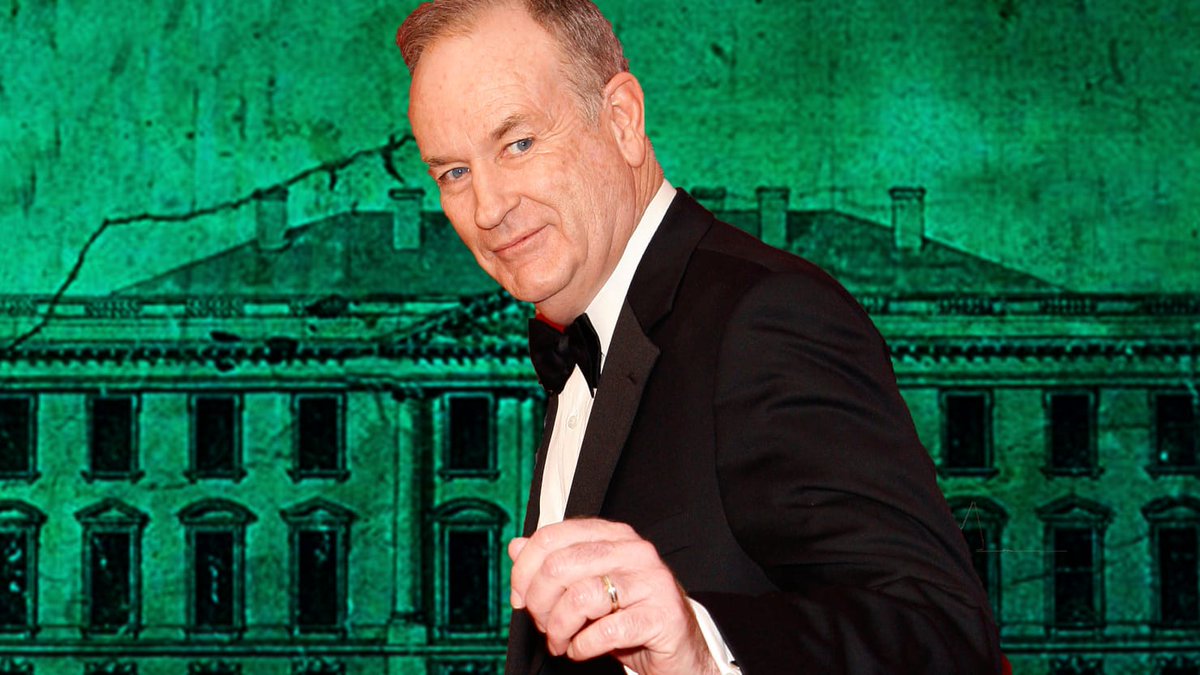 BTW, in between visiting the wailing wall and screaming at Koreans, (Yes I too find it upsetting but in what context???)  VP Pence said he is willing to sit down and talk to DPRK. A FIRST in over 60 years.

Are the North Koreans insane if they accept talking to the destroyer of Nations, the Jew controlled pedophiles in Washington.....

Pence was told to f uck off by the Koreans, both North and South....they know that the only problem between them is those lunatic pedos in washington...

Pence the satanic MK ultra'd looking zombie looks like a complete asshole and the world worked out that it is ONLY the USA that is trying to start another war in Korea..

F uck Pence and trump....Kim called their bluff and the world now sees how evil beyond belief the Jew controlled USA really is!

Saddam and Gadaffi had talks with the washington lunatics and came to arrangements...the rest is history...Any one that trusts anything...or even talks to the Jew controlled pedos in Washington is insane!

My friend says that the V. Ivanov that died in the plane crash is not the Rosatom guy

It takes two to Tango!

Saddam and Gadaffi had talks with the washington lunatics and came to arrangements...the rest is history...

It is certainly problematic.

I can only tell you what is going on at street level and the scant info I have that I can put out.

Trump and Pence are not of the Bush-Obama-Clinton group. That part is true - they are a different "mob" so to speak.

What is being said in media as Cosssack has been saying is NOT what is happening and the Kremlin thus far is playing its cards close to the vest as is Trump.

Despite my posts as Kornak, I am not a soothsayer, BUT it appears the DPRK and ROK are going that direction at this point. It's business.

Mrs. Shaktiman, and she is VERY real, said the Clintons gotta go and she intuitively smells Soros rats.

Yesterday she asked, "Who was on that flight?"

FoxNews needs to change from a News station to a Burlesque Strippers Show.

The Clinton syndicate has long arms.