according to my taste

Stanley Kubrick (/ˈkuːbrɪk/; July 26, 1928 – March 7, 1999) was an American film director, screenwriter, and producer. He is frequently cited as one of the greatest and most influential directors in cinematic history. His films, which are mostly adaptations of novels or short stories, cover a wide range of genres, and are noted for their realism, dark humor, unique cinematography, extensive set designs, and evocative use of music.

Kubrick was raised in the Bronx, New York City, and attended William Howard Taft High School from 1941 to 1945. Although he only received average grades, Kubrick displayed a keen interest in literature, photography, and film from a young age, and taught himself all aspects of film production and directing after graduating from high school. After working as a photographer for Look magazine in the late 1940s and early 1950s, he began making short films on a shoestring budget, and made his first major Hollywood film, The Killing, for United Artists in 1956. This was followed by two collaborations with Kirk Douglas, the war picture Paths of Glory (1957) and the historical epic Spartacus (1960). His reputation as a filmmaker in Hollywood grew, and he was approached by Marlon Brando to film what would become One-Eyed Jacks (1961), though Brando eventually decided to direct it himself.

Creative differences arising from his work with Douglas and the film studios, a dislike of Hollywood, and a growing concern about crime in America prompted Kubrick to move to the United Kingdom in 1961, where he spent most of the remainder of his life and career. His home at Childwickbury Manor in Hertfordshire, which he shared with his wife Christiane, became his workplace, where he did his writing, research, editing, and management of production details. This allowed him to have almost complete artistic control over his films, but with the rare advantage of having financial support from major Hollywood studios. His first British productions were two films with Peter Sellers, Lolita (1962) and Dr. Strangelove (1964).

A demanding perfectionist, Kubrick assumed control over most aspects of the filmmaking process, from direction and writing to editing, and took painstaking care with researching his films and staging scenes, working in close coordination with his actors and other collaborators. He often asked for several dozen retakes of the same scene in a movie, which resulted in many conflicts with his casts. Despite the resulting notoriety among actors, many of Kubrick's films broke new ground in cinematography. The scientific realism and innovative special effects of 2001: A Space Odyssey (1968) were without precedent in the history of cinema, and the film earned him his only personal Oscar, for Best Visual Effects. Steven Spielberg has referred to the film as his generation's "big bang", and it is regarded as one of the greatest films ever made. For the 18th-century period film Barry Lyndon (1975), Kubrick obtained lenses developed by Zeiss for NASA, to film scenes under natural candlelight. With The Shining (1980), he became one of the first directors to make use of a Steadicam for stabilized and fluid tracking shots. While many of Kubrick's films were controversial and initially received mixed reviews upon release—particularly A Clockwork Orange (1971), which Kubrick pulled from circulation in the UK following a mass media frenzy—most were nominated for Oscars, Golden Globes, or BAFTA Awards, and underwent critical reevaluations. His last film, Eyes Wide Shut, was completed shortly before his death in 1999 at the age of 70.

Federico Fellini, Cavaliere di Gran Croce OMRI (Italian: [fedeˈriːko felˈliːni]; 20 January 1920 – 31 October 1993) was an Italian film director and screenwriter. Known for his distinct style that blends fantasy and baroque images with earthiness, he is recognized as one of the greatest and most influential filmmakers of all time.[1][2][3] His films have ranked, in polls such as Cahiers du cinéma and Sight & Sound, as some of the greatest films of all time. Sight & Sound lists his 1963 film 8½ as the 10th-greatest film of all time.

In a career spanning almost fifty years, Fellini won the Palme d'Or for La Dolce Vita, was nominated for twelve Academy Awards, and directed four motion pictures that won Oscars in the category of Best Foreign Language Film. In 1993, he was awarded an honorary Oscar for Lifetime Achievement at the 65th Annual Academy Awards in Los Angeles.[4]

Besides La Dolce Vita and 8½, his other well-known films include La Strada, Nights of Cabiria, Juliet of the Spirits, Satyricon, Amarcord and Fellini's Casanova.

I Really Enjoyed this Movie

so much human touch

the average young years of an average male 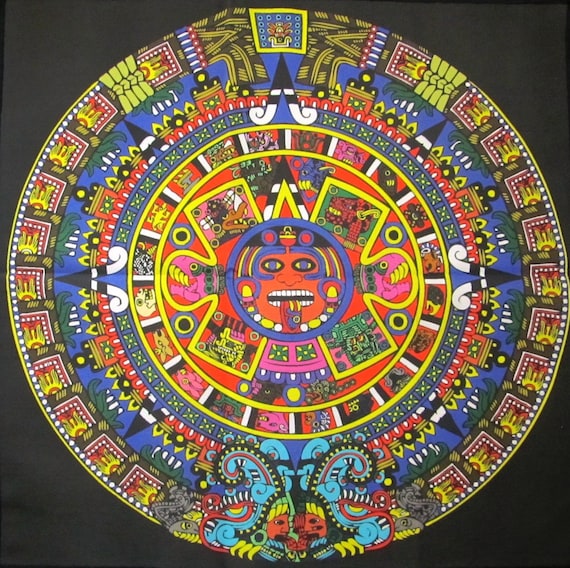 the above Concert took actualy place

everyone celebrating that realy nothing of the above first song

the above Concert took actualy place

everyone celebrating that realy nothing of the above first song 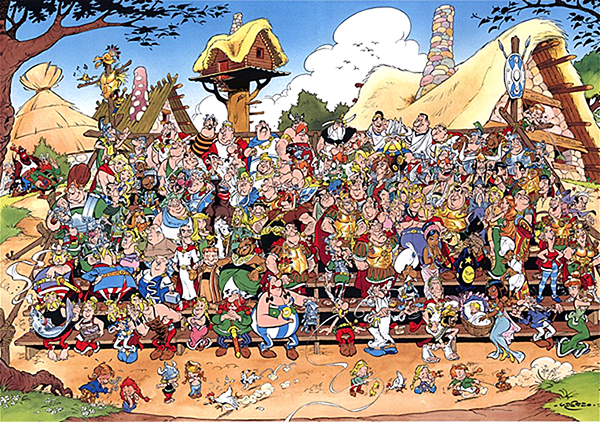 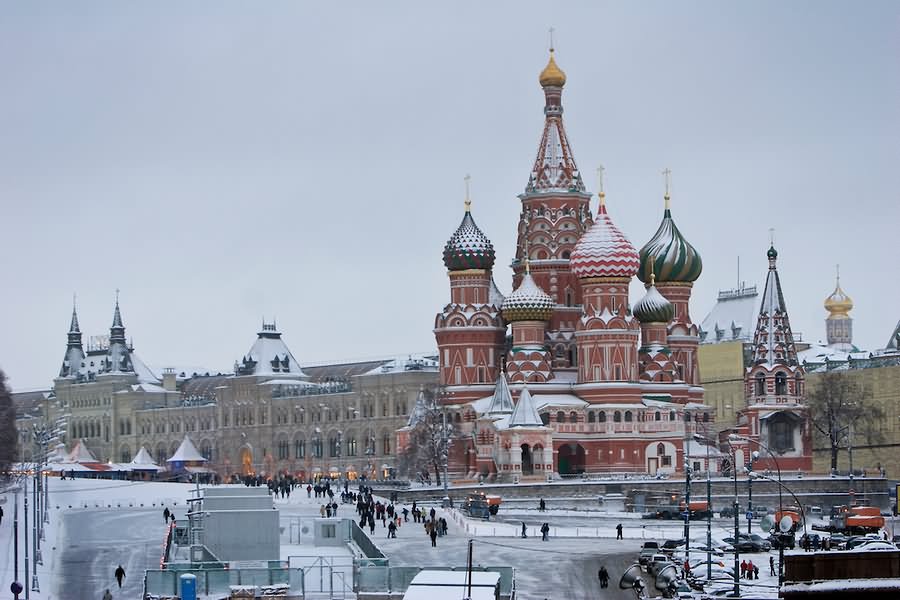 Let us pay due respect to the Moscow like temperatures Info Regarding the Recent Earthquake next to Oklahoma City this is just a question I asked

for practical experimental work of my target audience

the common for practice was in fact the opposite of the following video

safe return to Charleroi on Monday from Bucharest

the angle is exactly 66 degrees - Diana

so we solved the mystery of 27 divided by 13

greeks and jews satansists who use the word TESTAMENT

while GOD is alive

falsified everything in ancient times

believieng wrongly in the 2 3 0 divine model

while in reality is the 2 3 1 divine model TRUE

should be treated by you as a

5 Stars general of GOD or ADMIRAL

otherwise you seriously put your life at risk RO Tech App : clarifications regarding this EQ in Columbia a few hours ago

but this is not a YES/NO question

it passes very close to Strasburgh

but it passes through both Wienn and Bratislava

it also crosses the southern border of Russia

press link above for more INFO

which is not valid anymore

since October 19th 2017 when I canceled the Contract Offers

Napoleon WAR, French and bolshevik revolutions, the death of mozard

but this is totaly ridiculous

I made it extremely clear that the CONTRACT offers were cancelled

and I should start immediately

starting from absolute ZERO without any prior preferences

and obviously since Moldova was also on my list

thus this is the ISSUE according to 888

and it is totaly unfair to everyone but the teacher on PRAVDA.RU who is in fact the preacher 555

I posted the EXODUS video and musique

no reason for concern then and now

because as la bamba says

yo no soi marinero

yo soi 5 stars general in 888 military

this scene in the lower right corner is great

from the latin PRAVDA PlayList

two goodies from this playlist

but the teacher on PRAVDA.RU who is in fact the preacher 555

this scene in the lower right corner is great

Since  I just GOT another Good YES

apparently I got the first signs of Alzeimer

so I come the Internet to get this info

since I could not remember it

other great performance too

also infor for young people of my daughter age

Holger Czukay (/ˈʃʊkaɪ/,[1] born Holger Schüring;[2] 24 March 1938 – 5 September 2017)[3] was a German musician, probably best known as a co-founder of the krautrock group Can. Described as "successfully bridg[ing] the gap between pop and the avant-garde",[4] Czukay was also notable for having created early important examples of ambient music, for having explored "world music" well before the term was coined, and for having been a pioneer of sampling.