297 replies to this topic

I find it absolutely attrocious that this shit of countries nuking each other is even on anyones thoughts.....Just assassinate the top 50 jew bankers in the world and their whole families and there will be no wars, no nukes.

No one will miss Jew bankers, the world will be celebrating and partying, as a matter of fact if that happens it should be a world wide national holiday called "Humanity survived the jew parasite that tried to destroy us"

This is exactly what is going to happen in the end.  The Illuminati or world bankers is the spiritual prostitute or whore spoken of in Revelations and it is the governing bodies over mankind that will destroy this whore after the Illuminati have gained their full control.

Rev 17:16  And the ten horns which thou sawest upon the beast, these shall hate the whore, and shall make her desolate and naked, and shall eat her flesh, and burn her with fire.
Rev 17:17  For God hath put in their hearts to fulfil his will, and to agree, and give their kingdom unto the beast, until the words of God shall be fulfilled.

The banksters need WW3, as an out. There are too many people aware of their game, and once you acheive a critical percentage (10% or so), there is no stopping the movement. Around 10 years ago, any anti authoritarian message could be shouted down, on the web. Not any more. Any comment critical of the police was likely to get at least a half dozen negative replies. Today, the numbers are reversed.

I would never quit posting, unless I got booted. Now, I'm hardly alone.

Funny thing is we don't even know if they were hit with a chemical agent,we only have the Reich's word for it and that's worth jack .... nobody has seen the skripals or the police officer who is said to have been attacked,we have not seen the medical staff at the hospital where they are said to be,its a big fat nothing.

13 Reasons Why Skripal Poisoning Is A False Flag
April 4, 2018
Here are 13 reasons why the Skripal poisoning case is a false flag attack
As the truth about the Skripal poisoning scandal slowly emerge, its looking increasingly likely that the event was a false flag attack staged by the UK's intelligence services.
Here are the top 13 reasons why the nerve agent attack was a false flag, designed to instigate a war with Russia.
World Affairs blog reports: Let's start with update: On April 3rd, weeks after Russian diplomats were kicked out of many countries, UK's scientific lab admits that they have no scientific evidence to link the nerve agent to Russia.
#1  Not so deadly. That spy, Skripal, and his daughter didn't even die. Remember that this "military grade" nerve agent is supposed to be 100x deadlier than Sarin.
Also, if we are to believe the official story, it took 4-5 hours for the deadly nerve agent to make the victims sick! They got exposed to Novichok at their home, then went to a mall, a pub and a restaurant, before their mighty immune systems succumbed to the chemical weapon. So ridiculous.
#2  Useless Spy. No need for Putin to kill that guy. Skripal was in Russian prison for six years(2004-2010). The evil Russians could have easily killed him then. Instead, the double agent was released and has been living in the UK for the past 8 years. And his daughter is still a Russian citizen.
#3  Horrible Timing. Right before Putin's re-election and a few months before the World Cup Soccer games in Russia? And, most of all, right before Russia was about to sign the Nordstream pipeline deal with Germany?
#4  Novichok is Easy to Make. Although it's deadly as hell, it can be made by mixing two ordinary chemicals.
#5  Novichok Guy Lives in the US. Yeah, one of the original evil scientists from the USSR lives in New Jersey now and has even written a book in which he reveals the composition of Novichok.
#6  Porton Down is Nearby. Six miles from Salisbury, where the alleged attack took place, there's a notorious UK military lab that produced horrible chemical weapons such as VX. As Boris Johnson admitted, Porton Down also has samples of Novichok agents.
#7  No Details or Evidence Shown: The UK hasn't revealed any details of its findings - medical records, toxicology reports, spectrometry results etc. Theresa May can't even provide the basics - for example, something like, "we found 0.01% of Novichok-234 in the victims' blood." Nothing. Nada. All that the lab has said so far is, "nerve agent or a related compound." This kind of evidence won't even be admitted in Judge Judy's court. And no biological samples have been provided to Russia. Zero due process. If some tiny country tried to do this to the US, we will bomb them.
#8  No Visitors Allowed. Nobody is allowed to visit the Skripals, not even their relatives. And when Russia demanded to see the daughter (since she's a Russian citizen), she miraculously recovered and her health became stable! But still no visit. Probably MI6 is doing Psy Ops and hypnosis on the poor people.
#9  No Manhunt, Suspects. There are no efforts to find or even identify the "evil Russian agents" who did it. No CCTV, no witnesses, and no efforts to track down the guy(s) who allegedly deployed the CW.
#10  UK's Superheroes. Look at the various pictures of unprotected cops, experts, firemen and truck drivers hanging out right next to the scary men with hazmat suits and oxygen tanks. It's a joke.
#11  Nobody Believes It. Out of the 197 countries or so, only 27 countries agreed to expel Russian diplomats. Basically 170 laughed at this joke. Even 11 EU/NATO countries refused to punish Russia. The only true anti-Russian crazies were USA, UK and Ukraine, who - all combined - expelled 100 Russian diplomats. (But even the US is backtracking now, saying that Russia can send replacements for the 60 expelled diplomats!)
Germany, for example, has six Russian consulates/embassies, but only asked 4 diplomats to leave. Then a few days later, it approved/signed the Nordstream deal (oil/gas from Russia to EU).
Most other countries expelled just 1 or 2 Russians just to satisfy the powers that be.
#12  Novichok in UK's TV Show. No ordinary person had heard of Novichok until a few months ago, so the UK government and the Mockingbird media had to prepare the citizens for the false flag. That's why the spy drama, Strike Back, had multiple episodes - in Feb and March - where evil Russkies and terrorists used Novichok in the UK. This is called Psy Op and mind control.
#13  Geopolitics. Putin is screwing up globalists' Middle East ambitions in Syria and Iran, and this is the retribution. They will keep waging hybrid wars on Russia. There will be many false flag attacks and constant provocations to create excuses to impose sanctions and isolate Russia. If you think politics is dirty, geopolitics is a million times dirtier.
___________________________________________________________________________________
http://yournewswire....ing-false-flag/
___________________________________________________________________________________ 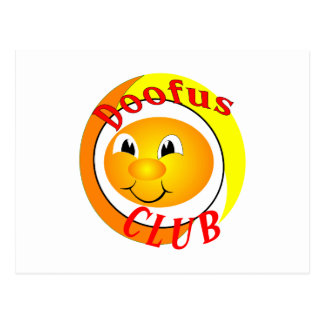 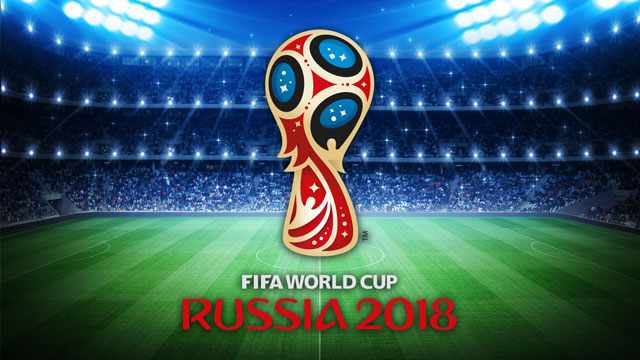 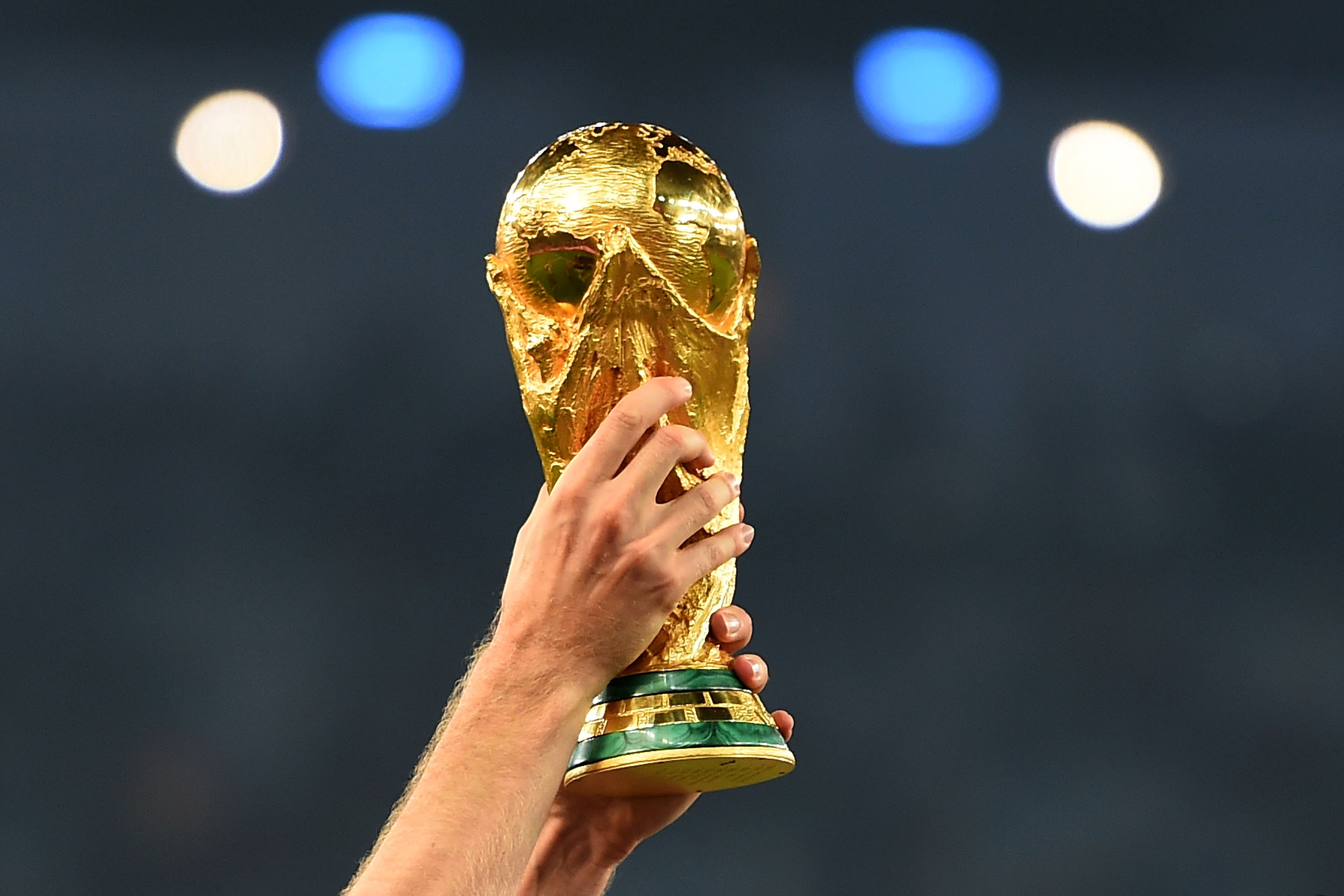 The Saint Petersburg Stadium will be one of the playing venues of the FIFA 2018 World Cup in Russia.
It will host four first round group matches, a quarter final, a semi final, and the match for third place.
The capacity of the stadium will be increased to around 68,000 for the World Cup. 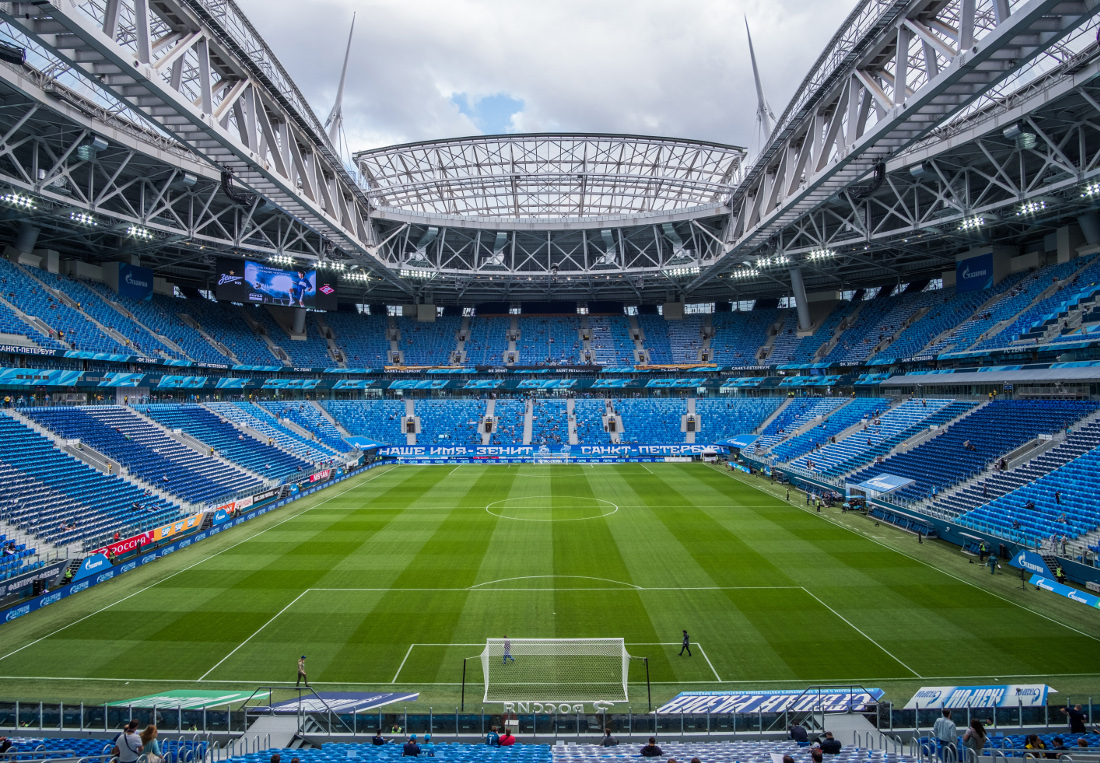 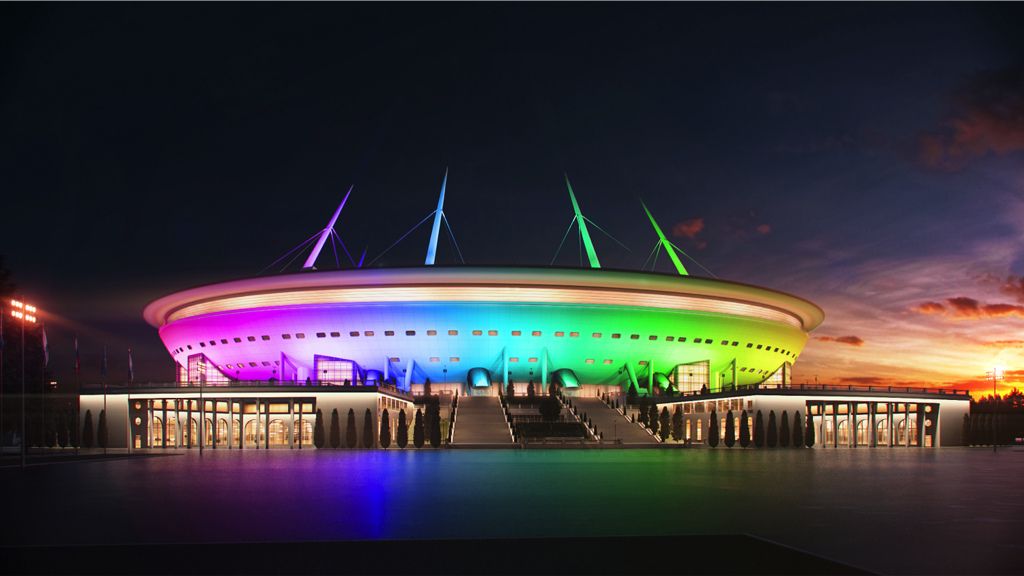 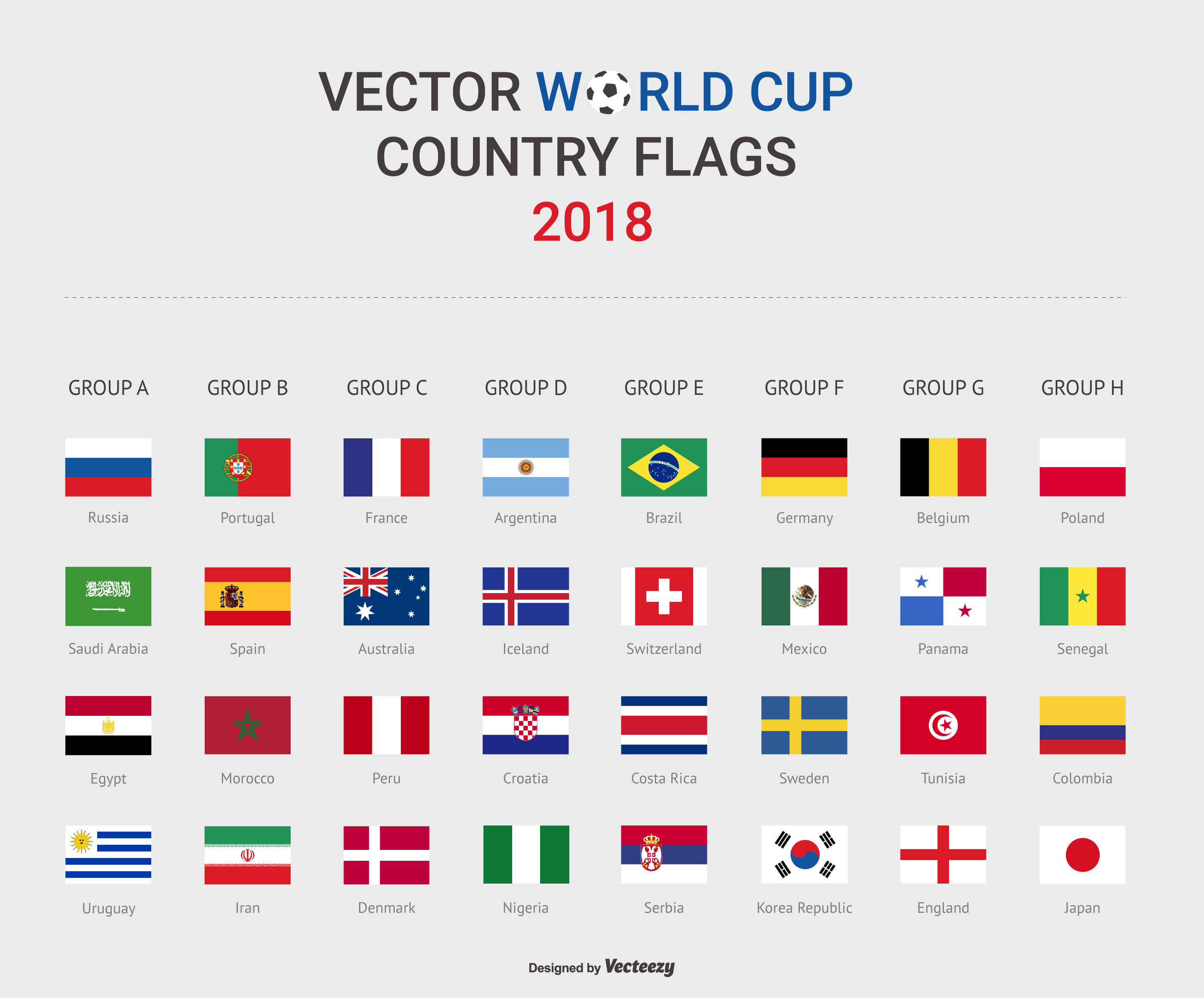 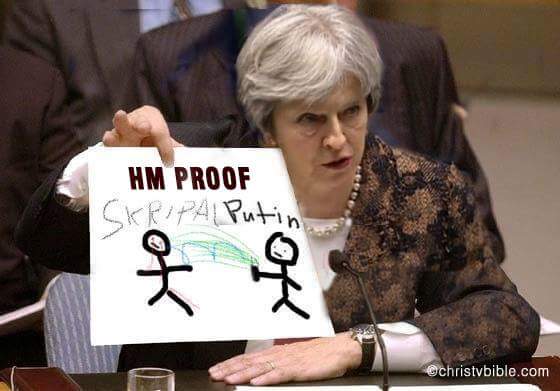 You know it's true.

Also tagged with one or more of these keywords: Russia