297 replies to this topic

If you look at the 4 horsemen of Revelation, I see this

The white horse rode out the White House. The red horse rode out of Red Square. The war between them took peace from the earth but neither one won. Death and Famine are sure to follow. 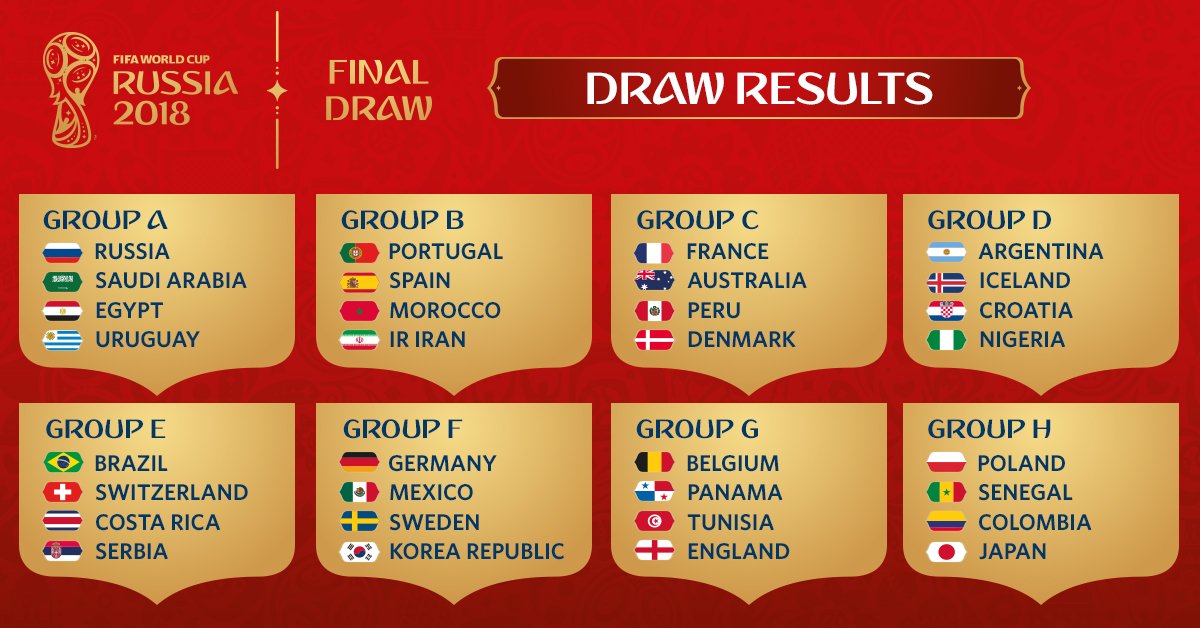 Independent Swiss Lab Says
'BZ Toxin' Used In Skripal Poisoning; US/UK-Produced, Not Russian
April 14, 2018
Somebody has some explaining to do... or did the Syrian airstrikes just 'distract' the citizenry from the reality surrounding the Skripal poisoning.
Remember how we were told my the politicians (not the scientists) that a deadly Novichok nerve agent - produced by Russia - was used in the attempted assassination of the Skripals? Remember the 50 questions (here and here) we had surrounding the 'facts' as Theresa May had laid them out? Ever wonder why, given how utterly deadly we were told this chemical was, the Skripals wondered around for a few hours after being 'infected' and then days later, survived with no chronic damage?
Well those doubts may well have just been answered as according to the independent Swiss state Spiez lab, the substance used on Sergei Skripal was an agent called BZ, which was never produced in Russia, but was in service in the US, UK, and other NATO states.
RT reports that Russian Foreign Minister Sergey Lavrov said, citing the results of the examination conducted by a Swiss chemical lab that worked with the samples that London handed over to the Organisation for the Prohibition of the Chemical Weapons (OPCW), that Sergei Skripal, a former Russian double agent, and his daughter Yulia were poisoned with an incapacitating toxin known as 3-Quinuclidinyl benzilate or BZ.
The Swiss center sent the results to the OPCW.
However, the UN chemical watchdog limited itself only to confirming the formula of the substance used to poison the Skripals in its final report without mentioning anything about the other facts presented in the Swiss document, the Russian foreign minister added.
He went on to say that Moscow would ask the OPCW about its decision to not include any other information provided by the Swiss in its report.
On a side note, the Swiss lab is also an internationally recognized center of excellence in the field of the nuclear, biological, and chemical protection and is one of the five centers permanently authorized by the OPCW.
The Russian foreign minister said that London refused to answer dozens of "very specific" questions asked by Moscow about the Salisbury case, as well as to provide any substantial evidence that could shed light on the incident.
Instead, the UK accused Russia of failing to answer its own questions, he said, adding that, in fact, London did not ask any questions but wanted Moscow to admit that it was responsible for the delivery of the chemical agent to the UK.
But hey, who cares about any of that? Diplomats have been sent home, Putin has been annointed hitler, and besides, what about those missiles in Syria?
___________________________________________________________________________________
https://www.zerohedg...uk-produced-not
___________________________________________________________________________________

Most real americans are against the bombing of Syria but our jew media hides this.

London systematically destroying evidence in Skripal case
- Russia's UN envoy
April 19, 2018
The UK continues to conceal and destroy evidence relating to the Salisbury incident and have crossed all boundaries in their rhetoric by alleging President Putin's personal involvement, Russia's UN envoy Vassily Nebenzia has said.
"The British authorities are engaged in the systematic destruction of evidence," Nebenzia told the United Nations Security Council, which held a session, called by UK on Wednesday, to discuss the OPCW report and other developments in the Skripal case.
"Skripal's pets were killed. No samples were obviously taken. The places attended by the Skripals - a bar, a restaurant, a bench, park ground, etc - are all being cleared," the diplomat said, pointing out that, despite some loud statements about the alleged contamination of the area, "people continue to live in Salisbury as if nothing happened."
The envoy also reminded the council members that Sergei and Yulia Skripal, who, according to London, are now both recovering from the poisoning by a deadly military grade nerve agent A-234 ('Novichok'), are kept hidden from the public eye ever since the March 4 incident. In the meantime, London categorically refuses to provide Russia any access to the investigation, and so far has left 45 out of 47 questions addressed to British authorities about the case unanswered.
In a summary of its report, the OPCW didn't not independently identify the nerve agent used in the Salisbury case nor its origin, but instead only confirmed "the findings of the United Kingdom relating to the identity of the toxic chemical that was used in Salisbury."
The conclusions made by OPCW were based on samples provided by the UK investigators and do not prove London's claim of Russia's involvement in the poisoning, Nebenzia noted. "The main thing that the report lacks, and what the British side was so eager to see, is the conclusion that the substance used in Salisbury was produced in Russia," he said.
The UK Ambassador to the United Nations, Karen Pierce, however, downplayed the lack of technical evidence and urged the council members to look at "the wider picture which has led the United Kingdom to assess that there's no plausible alternative explanation than Russian State responsibility for what happened in Salisbury."
Extensively using the 'highly likely' argument, the UK envoy once again claimed in her address to the UNSC that only Russia had the "technical means, operational experience and the motive to target the Skripals." At one point she even claimed that "President Putin himself was closely involved in the Russian chemical weapons programme."
"London apparently thinks the Russian President has a hobby of running chemical weapons programs in his free time. I don't know whether you appreciate that you've crossed all possible boundaries," Nebenzia replied.
___________________________________________________________________________________
https://www.rt.com/n...-unsc-nebenzia/
___________________________________________________________________________________

Russia's OPCW envoy exposes 'eight UK lies' in Skripal case
April 19, 2018
The UK's narrative in the Skripal case is a "story woven with lies," with London continuously trying to "deceive" the international community, Russia's OPCW envoy said, highlighting eight examples of such misinformation.
"We've tried to show that everything our British colleagues produce is a story woven with lies," Russia's permanent representative to the Organization for the Prohibition of Chemical Weapons (OPCW) Aleksandr Shulgin told reporters on Wednesday, following the organization's meeting on the Skripal case.
"And, unlike the British, who aren't used to taking responsibility for their words and unfounded accusations, we showed specific facts why we believe our British partners, to put it mildly, are 'deceiving' everyone." The official provided eight examples of UK-pushed misinformation, surrounding the March 4 events, when the former double agent Sergei Skripal and his daughter Yulia were poisoned in the town of Salisbury
#1. Russia refuses to answer UK 'questions'
"In reality, they've asked us only two 'questions'… And both were worded in such way that the existence of an undocumented arsenal of chemical weaponry at Russia's disposal was presented as an established fact, beyond any doubt."
It was effectively an ultimatum, pressing Moscow to either confess that it "attacked the UK with chemical weapons," or to admit that it had "lost control over the chemical warfare arsenal."
Moscow answered both of these 'questions' immediately, stating that it had nothing to do with the Salisbury incident. Apart from that, the official emphasized, it is an established fact that Russia destroyed all its chemical weaponry stockpile ahead of schedule last year.
#2. UK abides by Chemical Weapons Convention rulebook
The OPCW procedures clearly state that if one member state has issues with another, it should send an official request, and thus the other party would be obliged to respond within 10 days, Shulgin said. However, instead, the UK allegedly "instigated by their colleagues from across the pond," disregarded the established mechanism and came up with a dubious "independent verification" scheme, which violates those very OPCW rules.
#3. Russia refuses to cooperate
While the UK and a number of its allies accuse Russia of "refusing to cooperate to establish the truth," the situation is exactly the opposite, Shulgin insists. Moscow is interested in a thorough investigation of the incident - especially since the victims are Russian citizens. Moscow repeatedly insisted on a joint probe and urged London to release data on the Skripal case, but all efforts were in vain. Many requests went unanswered by the UK, while others received only a formal reply.
#4. Russia invents versions to distract attention
Despite numerous speculations and allegations by questionable sources, cited by the UK's own domestic media, it was Moscow that was eventually accused of coming up with some "30 versions" of the Salisbury events, allegedly to "disrupt the investigation," Shulgin said.
"In reality, the picture is different. In fact, it's the British tabloids, the so-called independent media, which is multiplying those versions," the official stated, recalling some of the narratives, most of which entirely contradict each other.
___________________________________________________________________________________
https://www.rt.com/n...k-skripal-lies/
___________________________________________________________________________________

Also tagged with one or more of these keywords: Russia