even if it is obvious I will mention it

without my approval in writting

but I am never going to do such a thing

before I do my interviews first

people are allowed to express their views on various issues

prior of being punished

Some Good Mousique for Good Morning

VAS 888 certifies that there exist absolute no issue

I ruined a bit the certificate in cut and paste

but 002 Left had a large probability

I produced many drawings and plots as Bridge Designer

and I never make such mistakes in my 27 years experience

unless was a mind control attack

the second observation is that

I am not team with Russia or anything like this

can even dream to be in a position to publish

this issue with mind control is very serious

at Caltech Stephanie was a very good friend of mine

she was the girlfriend of my officemate Phoebus

but she was also the daughter of Admiral Steel

the biggest USA ever had

he was semiretired in the San Diego naval base

and in front of his parents commited suicide

blaming his parents for his missfortunes

the incident for me extremely experienced producer of graphic content material

to erase part of an image

never happened to me before realy to this extreme extend

I hope everyone understand how excited I got when I saw the numbers, all three of them extremely consistent

which means that the computational resources or the instability issues

are totaly neutral for the present conflict on earth

as far as the HOLY Trinity is concerned

as far as I am concerned

obviously there is absolutely no danger

they attack me on mind control since 2013 in bucharest

so I am very experienced to handle such attacks

this was a unique moment obviously

would have been a problem

and that is why I do not drive anymore anyway

the reson I made the mistake with the Image before

last EQ Magnitude 8.4 exactly on the Anniversary of FUKUSHIMA on April 11th 2011

one year and one month

I was released from the Mental Institution on December 11th 2003

and I claim that VAS hit the 9.3 magnitude Indonesian EQ on December 26th 2004

as certificate that Greeks were wrong

after VAS gave 1 year to appologize to the greeks 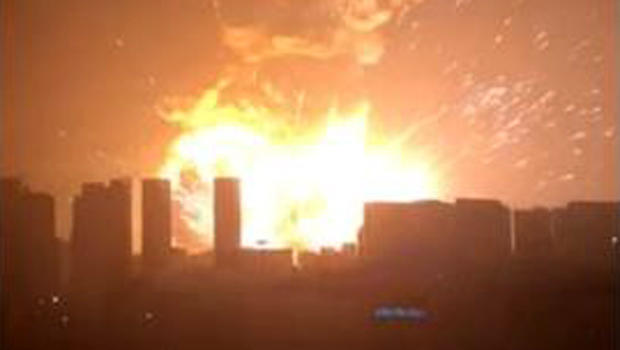 so who ordered then the FUKUSHIMA Earthquake

or the chinese fire and explosions on August 12th 2015

thus the Holy Trinity did not do it

The 2004 Indian Ocean earthquake occurred at 00:58:53 UTC on 26 December with the epicentre off the west coast of Sumatra, Indonesia. The shock had a moment magnitude of 9.1–9.3 and a maximum Mercalli intensity of IX (Violent). The undersea megathrust earthquake was caused when the Indian Plate was subducted by the Burma Plate and triggered a series of devastating tsunamis along the coasts of most landmasses bordering the Indian Ocean, killing 230,000–280,000 people in 14 countries, and inundating coastal communities with waves up to 30 metres (100 ft) high. It was one of the deadliest natural disasters in recorded history, the deadliest of the 21st century so far. Indonesia was the hardest-hit country, followed by Sri Lanka, India, and Thailand.

It is the third-largest earthquake ever recorded on a seismograph and had the longest duration of faulting ever observed, between 8.3 and 10 minutes.[10] It caused the entire planet to vibrate as much as 1 centimetre (0.4 inches)[11] and triggered other earthquakes as far away as Alaska.[12] Its epicentre was between Simeulue and mainland Sumatra.[13] The plight of the affected people and countries prompted a worldwide humanitarian response. In all, the worldwide community donated more than US$14 billion (2004) in humanitarian aid.[14] The event is known by the scientific community as the Sumatra–Andaman earthquake.[15][16]

pronunciation) genshiryoku hatsudensho jiko) was an energy accident at the Fukushima Daiichi Nuclear Power Plant in Ōkuma, Fukushima Prefecture, initiated primarily by the tsunami following the Tōhoku earthquake on 11 March 2011.[6] Immediately after the earthquake, the active reactors automatically shut down their sustained fission reactions. However, the tsunami disabled the emergency generators that would have provided power to control and operate the pumps necessary to cool the reactors. The insufficient cooling led to three nuclear meltdowns, hydrogen-air explosions, and the release of radioactive material in Units 1, 2 and 3 from 12 March to 15 March. Loss of cooling also raised concerns over the recently loaded spent fuel pool of Reactor 4, which increased in temperature on 15 March due to the decay heat from the freshly added spent fuel rods but did not boil down to exposure.[7]

On 12 August 2015, a series of explosions killed 173 people and injured hundreds of others at a container storage station at the Port of Tianjin.[4] The first two explosions occurred within 30 seconds of each other at the facility, which is located in the Binhai New Area of Tianjin, China.[5][6] The second explosion was far larger and involved the detonation of about 800 tonnes of ammonium nitrate.[7] Fires caused by the initial explosions continued to burn uncontrolled throughout the weekend, resulting in eight additional explosions on 15 August.

The cause of the explosions was not immediately known,[6] but an investigation concluded in February 2016 that an overheated container of dry nitrocellulose was the cause of the initial explosion.[8]

Censored news coverage of the event and the emergency response to it received criticism.[9][10][11] The Chinese government also censored the internet and social media using the words "Tianjin" and "explosion",[12] and announced it had taken down multiple websites for publishing "false" information.[13]

The 2008 Sichuan earthquake[13] (Chinese: 汶川大地震; pinyin: Wènchuān dà dìzhèn; literally: "Great Wenchuan earthquake"), also known as the Great Sichuan earthquake or Wenchuan earthquake, occurred at 14:28:01 China Standard Time on May 12, 2008. Measuring at 8.0 Ms[3][14][15] (7.9 Mw),[4] the earthquake's epicenter was located 80 kilometres (50 mi) west-northwest of Chengdu, the provincial capital, with a focal depth of 19 km (12 mi).[4] The earthquake ruptured the fault for over 240 km, with surface displacements of several meters.[16] The earthquake was also felt in nearby countries and as far away as both Beijing and Shanghai—1,500 km (930 mi) and 1,700 km (1,060 mi) away—where office buildings swayed with the tremor.[17] Strong aftershocks, some exceeding 6 Ms, continued to hit the area up to several months after the main shock, causing further casualties and damage. The earthquake also caused the largest number of geohazards ever recorded, including about 200,000 landslides and more than 800 quake lakes distributed over an area of 110,000 km2.[16][18][19][20]

Over 69,000 people lost their lives in the quake, including 68,636 in Sichuan province. 374,176 were reported injured, with 18,222 listed as missing as of July 2008.[12] The geohazards triggered by the earthquake are thought to be responsible for at least one third of the death toll.[21] The earthquake left about 4.8 million people homeless,[22] though the number could be as high as 11 million.[23] Approximately 15 million people lived in the affected area. It was the deadliest earthquake to hit China since the 1976 Tangshan earthquake, which killed at least 240,000 people, and the strongest in the country since the 1950 Chayu earthquake, which registered at 8.5 on the Richter magnitude scale.[24] It is the 21st deadliest earthquake of all time. On November 6, 2008, the central government announced that it would spend 1 trillion RMB (about US $146.5 billion) over the next three years to rebuild areas ravaged by the earthquake,[25] as part of the Chinese economic stimulus program.

Extremely Severe Cyclonic Storm Nargis (نرگس [ˈnərɡɪs]) caused the worst natural disaster in the recorded history of Myanmar during early May 2008.[1] The cyclone made landfall in Myanmar on Friday, 2 May 2008, sending a storm surge 40 kilometres up the densely populated Irrawaddy delta, causing catastrophic destruction and at least 138,000 fatalities.[2][3][4] The Labutta Township alone was reported to have 80,000 dead, with about 10,000 more deaths in Bogale. There were around 55,000 people missing and many other deaths were found in other towns and areas, although the Myanmar government's official death toll may have been under-reported, and there have been allegations that government officials stopped updating the death toll after 138,000 to minimize political fallout. The feared 'second wave' of fatalities from disease and lack of relief efforts never materialized.[5] Damage was estimated at over K62,988,000,000 (US$10 billion), which made it the most damaging cyclone ever recorded in this basin.[6]

I will explain you other time why

paparizou My Number One says 888

entry 19 at the context

but you do not know what the question was

winner of the BUDA award from 888

which means that Left here means ARISTA are or ARISTERA, Left in Greek

and I moved to Pittsburgh in March 1988

who is it going to benefit from it ?

because this is a very Unique Certificate

I should provide further clarifications

1988 on ARISTERA channel or Left in English

I had a small off the record presentation

in which I was talking about the

durring the years I was there

we met once in a disco at 3 AM

he was with 3-4 bodyguards

but he did not beat me up

or even tried to talk to us

I was with his former girlfriend

he respected the simple fact that I was University Professor

an institution of world recognition

win win or no objections what so ever

thus PERFECT or ARISTA in greek

so together we got the award

In Conclussion as Far as I am Concerned

for example this issue

SIMPLY LISTENING to Some GOOD Musique

while performing my experimental scientific research work on RO Technology

for example I am going to ask next

EQ 6.1 in Kamtchanka very closed to my ecuadors yesterday

which may mean that 888 wanted to say something

except my briefing room here on engforum.pravda.ru  and in this article ONLY

and I am the Porsche Spokesperson

we knew each other by thye nick name

world famous DJ live for free at our student parties

she was even teaching us how to dance it

my collection of vinyl LP records numbers about 1200 records

almost 35% of them have the label not for sale

because the producers at KROQ were bringing the free demos

they had from the Musique Industry to Pubah Records

and I was purchasing them the next morning 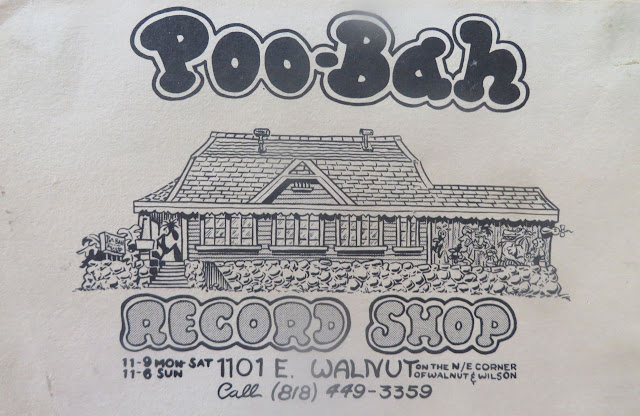 I did forget indeed to mention

the TOPIC of the Present Journal

exactly as the Georgia Stones Mentiones It

and not based on Philosophy, Religion, Military Confrontations or Political Criteria

how many people can leave sustainably togther

the main difficulty that I am faced with in this almost 18.5 years old Project

are not even aware of ELEMENTARY so to say TRUTH

instead they are living literaly in Plato's Cave

it is obvious that one needs a good oracle

in order to adress such huge engineering problems

I developed for this purpose

the Interface with RO the Random Oracle

much more advanced that anything you knew before

and here on Pravda.RU we are lucky enough

of such interface, phone like Intergalactic WiFi at Infinite Speed line

the Unique Brain of the Entire Universe

with the new RO App

on the second I did not plot all the numbers

because was a qualitative question anyway

but with profound implications

fortunately for both you and me

and I can tell you that this is good news indeed

because was a question regarding the average state of mind

of the average human on Earth

so in reality is not as bad as I thought

since this I consider to be

I can comment today on the two issues addressed

was like a flight pattern approval from the control tower

in other words that I should continue same way

no association with anyone

just by myself and publish selectively strict primarly objctive data

and as objective as posible interpretation of the results

my report was saying that you are a bunch of 7.6 billions totaly brainwashed

by the rapid increase since world war II

of the standards of living and technological advancement

and the 2 world wars of the past century

exactly for the purpose of offering this fake, fabricated sense of confort and stability

at the beggining of the XXI century

and that you 7.6 billions realy went for it

since everyone refuses to talk to me

and the control tower actualy answered

in otherwords, what you said is in principle correct

but not all of these 7.6 billions are that stupid