This Jew crap has to end...The Jews using the USA to weaken Iran economically before they destroy it like Iraq.....Humanity screams for peace these psycho Jews always demand wars for others

If the EU Sticks to Its Guns, the Only Victim of Washington’s Sanctions Will be Americans”

American Herald Tribune: Russia, China, Turkey, Iran, and even India are targets of the US sanctions; what practical measures should these countries employ to counter US sanctions?

Paul Craig Roberts: The sanctions only work because the governments and companies of the sanctioned countries and Washington’s vassal governments in Europe, Canada, Australia, and Japan permit them to work.

Foreign companies accommodate the illegal sanctions because the companies do not want to lose access to US markets. To put a halt to this, the sanctioned countries can simply announce that sanctioning countries lose all access to their markets and break off all economic relations with the West. Countries faced with lack of access to Chinese markets and Europe faced with lack of access to Russian energy, the sanction regime would collapse.

Foreign governments, including those sanctioned, go along with Washington’s sanctions because they are lazy and prefer to free ride on the system of international payments put in place by Washington than to create one of their own, and they are brainwashed into believing in floating exchange rates that permit Western central banks and speculators to intervene against their currencies and drive down their values.

Essentially, the large dose of brainwashing that Washington delivered to the world since WW 2 has succeeded.

Why the US can wage economic sanctions and how other can disarm the US?

Governments can make it illegal for their companies to comply with the sanctions. For example, the European Union initiated a blocking statute on August 7 that forbids European companies from complying with the extraterritorial edicts of US sanctions. The blocking statute nullifies any US court judgment against companies that ignore Washington’s effort to tell them with whom they can do business, and It allows companies to recover damages arising from such sanctions.

Possibly Washington will be able to buy off the EU officials with multi-million dollar bags of money, but if the EU sticks to its guns, the only victim of Washington’s sanctions will be Americans.

Do you approve the idea that the more the US uses dollar power to sanction its enemies the more puts the dollar in jeopardy as the world currency?

The dollar is powerful only because other countries use it.  In other words, other countries stupidly give Washington the power that it wields over them.  Other countries could just as well issue sanctions against the purchase of US dollars and US bonds and of any US product.  Without voluntary compliance, the only sanctions Washington can really enforce are against US companies.

Countries can benefit from US sanctions because eventually, the sanctions wake up the countries.  They gain the realization of how utterly stupid they have been to get caught up in Washington’s web of payments mechanisms.  They eventually understand how stupid they are to invite foreign investment and capital flows that can be used to destabilize their economies and how stupid to trust the value of their currency and government bonds to markets that Washington and speculators can manipulate at will.

Venezuelan bolívar, Turkish Lira, Russia Ruble, and Iranian Rial have all plummeted at a significant rate. What is this concurrency for? If you were the adviser to any of the leader’s of the named countries, what would you suggest them to do?

Russia, Iran, and Venezuela have currencies backed by oil.  They should sell their oil only for payments in their own currencies. They should not borrow abroad.  If they allow capital in, they should not permit it going out.  Russia, for example, is self-sufficient in food, energy, and technology. There is nothing that Russia needs to import from the West. Russia most certainly does not need Western capital for her development.  Since economic relations with the West mean sanctions, countries should just refuse economic relations with the West. A Russia, China, Iran, Turkey, Asian, African trading bloc is totally independent of the West.

It is more than clear now that Bill Browder is an instrumental element in waging economic war against Russia and corrupting her economy. However, he is immune to any trials due to the US protection. Can you explain how people like Browder are playing the role of economic agents of the US in Russia?

Criminals protected by the US who serve as agents in behalf of US hegemony are a different subject from this interview.  It is enough to say that if Russia was really inclined to assassinate someone, it would be Bill Browder and not Skirpal.

Criticizing the US sanction policies, Philip Giraldi’s column for the UNZ Review, reads: “[The campaign against EIKO (Setad) – Iran’s largest charitable organization] spearheaded by Dubowitz and his associate Saeed Ghasseminejad, has been going on since Trump was elected, with the folks at FDD confident they had a friend in the White House.” As it turns out EIKO is working hard to help the sick and people in need. Why should an American think tank concentrate its efforts to harm a charitable organization? Isn’t the case of EIKO a clear example of weaponizing humanitarian issues to advance Wahington hegemony?

The answer to the question is obvious—yes.  There are no think tanks independent of their donors.  Think tanks are set up in order to serve agendas.

Jewish America is pushing Russia, China, Iran together & cutting itself off from global trade
https://www.rt.com/b...-russia-rogers/ 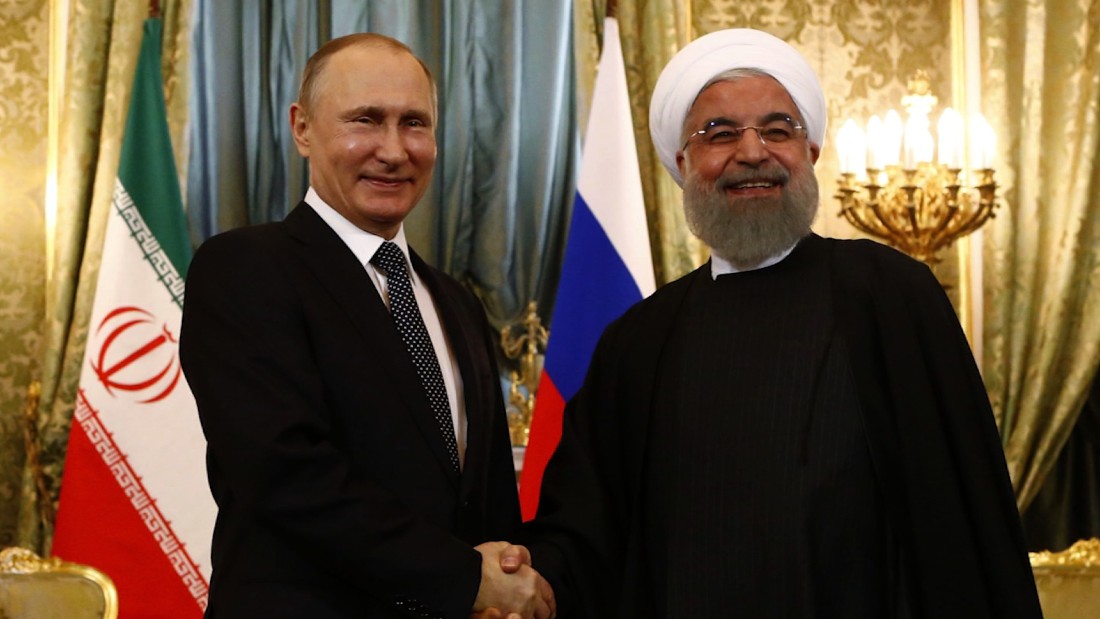