Why USA is looking for War

11 replies to this topic

Washington looking for war because....

And stupid Americans getting screwed by the Jew big time BECAUSE THEY DIDN'T LISTEN.....

Believing lies for an extended time causes the mind to eventually shut down.

God says Armageddon is the will of 3 evil spirits, but most Christians think it's Goid's Will.

Pretend Christians also think that the synagogue of satan is Biblical Israel.

And that's just 2 of the lies they love to push off on folks.

Money is one reason.

those same people also get energized by (other people's)  suffering.

The debt crisis in the United States of America has reached apocalyptic proportions.  A new and horrifying report out details the reason why 63 of America’s largest cities are completely broke: debt and overspending.

According to a recent analysis of the 75 most populous cities in the United States, 63 of them can’t pay their bills and the total amount of unfunded debt among them is nearly $330 billion. Most of the debt is due to unfunded retiree benefits such as pension and health care costs.  That means those depending on that money, likely won’t see a dime of it.

“Many state and local governments are not in good shape, despite the economic and financial market recovery since 2009,” Bill Bergman, director of research at TIA, told Watchdog.org.

The top five cities in the worst financial shape are New York City, Chicago, Philadelphia, Honolulu, and San Francisco. These cities, in addition to Dallas, Oakland, and Portland, all received “F” grades.

In New York City, for example, only $4.7 billion has been set aside to fund $100.6 billion of promised retiree health care benefits. In Philadelphia, every taxpayer would have to pay $27,900 to cover the city’s debt. In San Francisco, it would cost $22,600 per taxpayer.

By the end of Fiscal Year 2017, 63 cities did not have enough money to pay all of their bills, the report states, meaning debts outweigh revenue. In order to appear to balance budgets, TIA notes, elected officials “have not included the true costs of the government in their budget calculations and have pushed costs onto future taxpayers.” –Hartford City News Times

To say that more simply: your children have been sold into debt slavery and owned by the governments; both local and federal. The government is officially punishing the unborn for their inability to handle money. What a time to be alive…

One major problem area TIA identifies is that city leaders are lying. (What a shock! A lying politician…) These political masters have acquired massive debts despite the balanced budget requirements imposed on them by scamming the public and enslaving them. 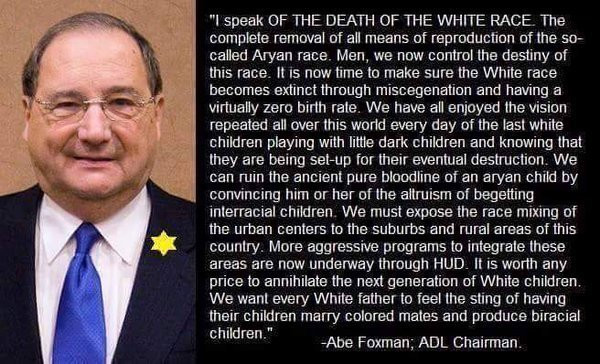 Did we kill the good guys for these nasty Jews Who hate us all.

USA deliberately destroyed themselves by their long standing habitual lust to go to other nations to destroy, torture, maim and kill.

If this had not happened, the world would love America, and there would be no problems with depleted pensions, and homeless people all over America.

But, USA rejected Love. And, without love all our "good deeds" are nothing.

We have tons of churches praying for good and bad things, but have no real Love for the True Shepherd or His Word.

So, that Shepherd inspired the following song, World Without Love.

He has left this stupid, deceived, insane Christianity to its terrible fate at hands of Edom et. al., and is not in their Loveless world till they come back to Him.

He is in all those who do His Will out of Love.

JEWS run America and they are always looking for war .They want us dead.Keep your kids out of the military by what ever it takes.

Why USA is looking for War

THEY HOPE A BIG WAR WILL BE THEIR ESCAPE FROM DEBT

How in the world is America supposed to be "great again" when we are buried in so much debt that future generations can never have any possible hope of getting free from it?

The fiscal year of the federal government goes from October 1st to September 30th.

During the fiscal year that just ended, the U.S. national debt increased by 1.271 trillion dollars


In reality, the middle class now makes up just over 50 percent of the total U.S. population, according to a recent report from Pew Research Center, which used 2016 data. That's compared to 61 percent in 1971.
https://www-cnbc-com...ddle-class.html


US population is 325 million approximately.

It comes to 7.29 trillion. IF EVERY DAMN DOLLAR THE "MIDDLE" OF THE MIDDLE CLASS MAKES WENT TOWARDS THE DEBT

THE BANKERS WOULD STILL BE OWED 14 TRILLION.

NO FOOD, NO MEDICATIONS, NO HOUSING, NO CAR....

How the hell do you go to work to keep the system running without food, or a place to live or even in cases transportation???

EVEN AT THE HIGHEST LEVEL OF MIDDLE INCOME, 1 person, 78000 it only is just over ONE HALF OF WHAT IS OWED TO THE BANKERS. 12 TRILLION out of 21 TRILLION.

A PARASITE, A VIRUS, A LEECH, VERMIN.

This is the central bank.

Also tagged with one or more of these keywords: debt