October 8, 2018
Scientists are voicing their concerns over the Pentagon's idea of making virus-spreading insects.
Funded by the Defense Advanced Research Projects Agency (DARPA), the project involves using gene-editing techniques like CRISPR to infect insects with modified viruses that could supposedly help make America's crops more resilient.
For example, if a craphole were to be hit by an unexpected drought or suddenly exposed to a pathogen, Insect Allies might be able to deploy an army of aphids carrying a genetically modified virus to slow the corn plant's growth rate, wrote Live Science.
According to the DARPA website, these "targeted therapies" could take effect in a single growing season, potentially protecting the American crop system from "food security threats" such as diseases, flooding, frost, and even "threats introduced by state or non-state actors."
http://www.shtfplan....nsects_10082018
http://www.shtfplan.com/

Members of the scientific community are skeptical. In a letter published today (Oct. 5) in the journal Science, a team of five scientists voiced concerns that the project could be easily exploited as a biological weapon — or at least be perceived as one by the international community.

"In our opinion the justifications are not clear enough. For example, why do they use insects? They could use spraying systems," Silja Voeneky, a co-author of the letter and professor of international law at the University of Freiburg in Germany, told The Washington Post."To use insects as a vector to spread diseases is a classical bioweapon."

Blake Bextine, program manager for Insect Allies, is less concerned. "Anytime you're developing a new and revolutionary technology, there is that potential for [both offensive and defensive] capability," Bextine told The Washington Post. "But that is not what we are doing. We are delivering positive traits to plants… We want to make sure we ensure food security, because food security is national security in our eyes."

Insect Allies is still in the early stages of development, and at least four U.S. colleges (Boyce Thompson Institute, Penn State University, The Ohio State University and the University of Texas at Austin)have received funding to carry out research. Bextine told The Washington Post that the project recently achieved its first milestone — testing whether an aphid could infect a stalk of corn with a designer virus that caused fluorescence. According to the Washington Post, "the corn glowed."

"extermination, not of soldiers alone, that is the least of the trouble, but the people" .... "We are not fighting against enemy armies, but against an enemy people, both young and old, rich and poor, and they must feel the iron hand of war in the same way as organized armies."
This has been US policy since President Lincoln & General Sherman enuciated it.

Pentagram a threat to the human race......time to extinct them...way past time!

All they have done is murder hundreds of millions of people around the world, totally destroy functioning countries and turned them into basket cases like Libya, Iraq, Syria etc....

Why hasn't the Pentagon been nuked yet?????

They are a huge destructive menace to the human race!

Time to call a spade a spade...Korea, Vietnam, Laos, Iraq, Syria Afghanistan, Libya, Grenada, Panama etc etc etc were not threatening anyone in the world but the psychos in the Pentagon destroyed those nations simply because they were ordered by the Jew demons!

Enough already of these psychos!

The American people were armed all this time, and never did anything except rush off to kill or be killed in yet another Armageddon.

One place to start is to pursue the definition of Man & Woman, rather than man faced beasts that flock to news media, military, political postions.

Real Men and Women invest their lives in the Weightier Matters of the Law, Truth, Mercy & Faith.

In other words, they get in Harmony with the True Template for real Men & Women, and that's True contemplation.... With the Template. 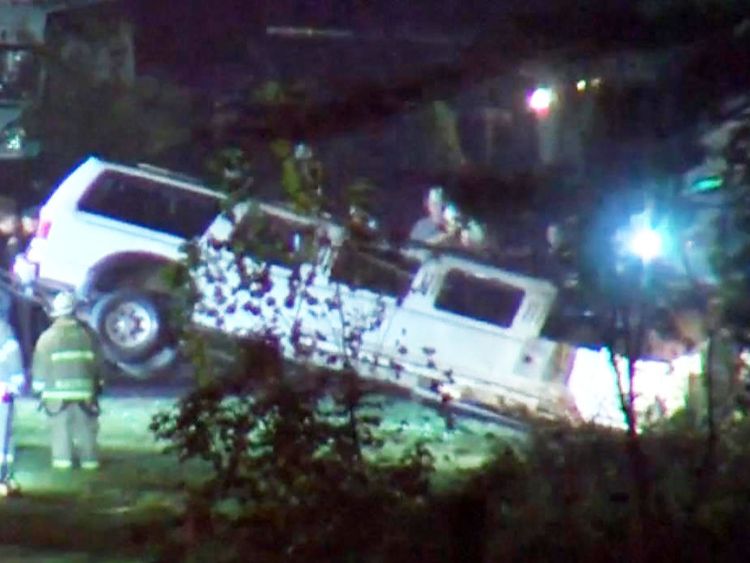 Any repentance by USA?

USA still waging war on many nations. USA happy to use chemicals, germs, and most anything it can think of.

Suppose DARPA developed a genetic weapon, a virus that kills only certain people having specific genes in their family and then uses mosquitoes to deliver the lethal disease?

That would be one reason why insects should not become military experiments.

And it's very likely such a weapon would be used because no country could be identified as the cause of the epidemic.

Is genetic warfare banned by treaty?   I don't know but I doubt it.   Weather weapons should also be banned for the same reason - anonymous attacks are possible.

Also tagged with one or more of these keywords: Pentagon