Springfield is peopled with broad stereotypes

Springfield is peopled with broad stereotypes

April 11, 2018
Hands Off Apu Nahasapeemapetilon
The Simpson character has become problematic.
You may be forgiven if you hadn't previously heard of the documentary The Problem with Apu, a film starring a supposed comedian named Hari Kondabolu that debuted not at the Cannes, Toronto, or Sundance film festivals but at DOC-NYC, an obscure film festival even within the subset of niche film festivals held in New York City. You may have missed the 49-minute movie when it debuted on truTV last November to an audience of few.
But now that Lisa Simpson has gently taken issue with the film's premise on an episode of The Simpsons, The Problem with Apu has become the world's problem. Indeed, Apu is now problematic. Apu has been appearing on the show for 28 years, but only in the last ten seconds did he become offensive. There may be a bit of opportunism at work here. It's easier to cry racism than it is to get laughs.
On the April 8 broadcast, Marge reads Lisa a formerly beloved story that has been so thoroughly sanitized with politically correct phraseology that it no longer serves any purpose. When the little girl complains, her mom asks, "What am I supposed to do?" "It's hard to say," Lisa responds, now speaking to the camera as a photo of Apu on her nightstand comes into the frame. "Something that started decades ago and was applauded and inoffensive is now politically incorrect. What can you do?" "Some things will be dealt with at a later date," says Marge, also speaking to the camera. "-if it all," Lisa says.
Just to make things extra meta, I suggest The Simpsons do a future episode on the Streisand Effect. It would have been wiser for the show not to wring its hands over what assorted supposed comedians are saying about it on truTV.
I call Kondabolu a supposed comedian because he doesn't come across as a terribly amusing bloke. "The Simpsons is like your racist grandfather," he says in the movie. "And if he can't change, maybe it's time for him to die. And you can just remember the good stuff about him." This veers a bit closer to "I wish I could kill everyone and everything I don't like" than "Please tip your server." I hope no one leaves Hari alone in a room with anyone's sleeping grandfather.
Kondabolu's complaint comes in two forms: First, that it's wrong for the Indian character to be voiced by a white actor, and second, that the character is a damaging stereotype. Bosh, times two.
The notion that a character must be matched with an actor in the same demographic categories is contrary to the craft of acting, not to mention the act of imagination. Take Groundskeeper Willie, as cruelly funny a sendup of a hot-tempered, hard-drinking Scot as I've ever seen. The producers of The Simpsons didn't hire a Scot to play him (he is voiced by Dan Castellaneta), and it would hardly make the stereotype less barbed if they did. Springfield is peopled with broad stereotypes: the chef Luigi Risotto, the porcine cop Chief Wiggum, the pious Christian Ned Flanders, the slapstick Mexican comic Bumblebee Man, the slack-jawed yokel Cletus Spuckler, the quack physician Dr. Nick Riviera, and (lest we forget) the working-class oaf Homer Simpson. You're taking things far too personally if you consider any of these stereotypes to be a personal attack on you.
Hank Azaria provides the voice of Apu, using a comedy facsimile of a South Asian accent. But Apu is a smart, hard-working, and lovable character. The portrayal may be racial, but it isn't racist. There's no hatred in it, just good humor. The problem with The Problem with Apu is its lack of same. Kondabolu complains that there aren't enough South Asians on TV, but The Simpsons can hardly be held responsible for what other shows do, and anyway, the point is already moot as other programs and movies begin featuring more South Asians.
Kondabolu complains that Apu's harmless catchphrase - 'Thank you! Come again!' - gets lobbed at South Asians by drunks in the street. Let's call this what it is: a microcomplaint.
https://www.national...ic-controversy/
https://www.national...ic-controversy/
https://www.nationalreview.com/
https://www.nationalreview.com/ 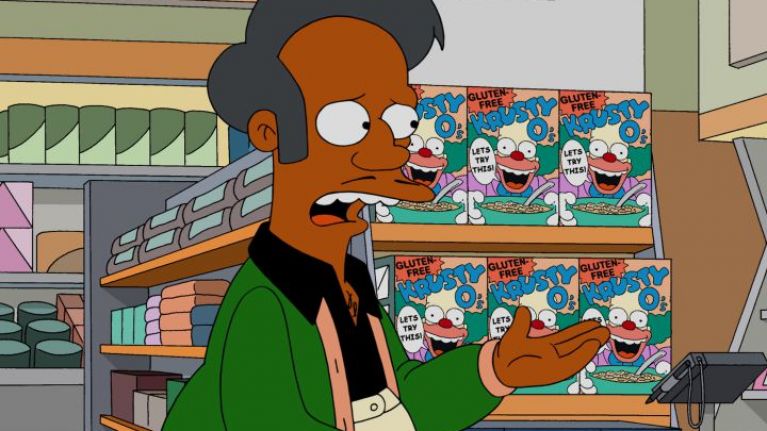 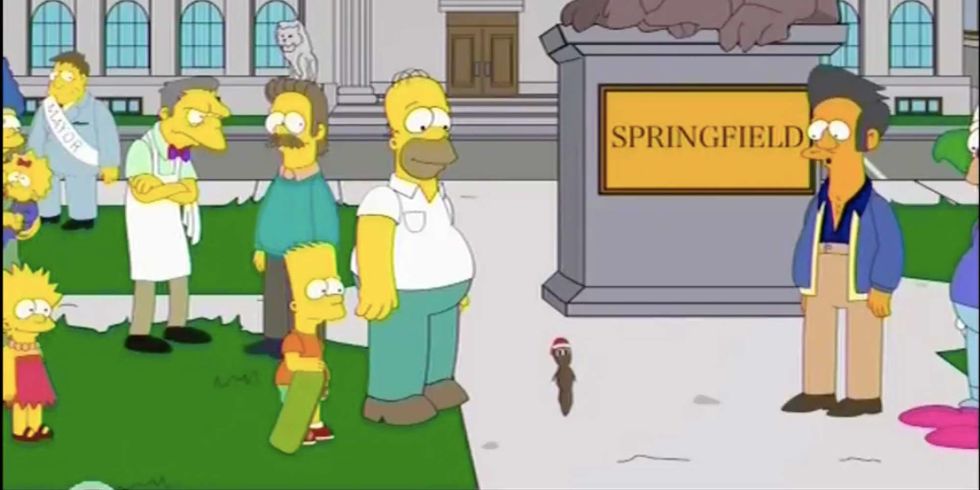