Witnesses to the fictitious "UA 175"


75 replies to this topic

Can these fragile airframes punch through massive steel columns and beams ?

The lack of fighter interception on 9/11 has been discussed for years. Limited hangout truthers refer to the air defence "stand down" which implies there were planes and possibly hijackers. It is obvious there were no planes and therefore no interceptors. Another point that is even more important is that airports and airspace was not shut down until the fictitious crashes. This is quite absurd. Imagine airliners not responding to air traffic control and barreling through the most densely populated airspace in the world. There would have been unprecedented panic. All the NYC airports would have been shut down long before the "crashes" and all the airline traffic diverted to other destinations. This did not happen. There were no planes. 9/11 was a Jewish job.

I have mentioned aileron reversal as one of the reasons the planes would have been uncontrollable at the unprecedented sea level speeds attained on 9/11. The B47 bomber was the first large jet aircraft. It had serious aileron reversal problems. Many changes had to be made on future jet transports and bombers. These included inboard ailerons and above wing slats (which also function as air brakes). 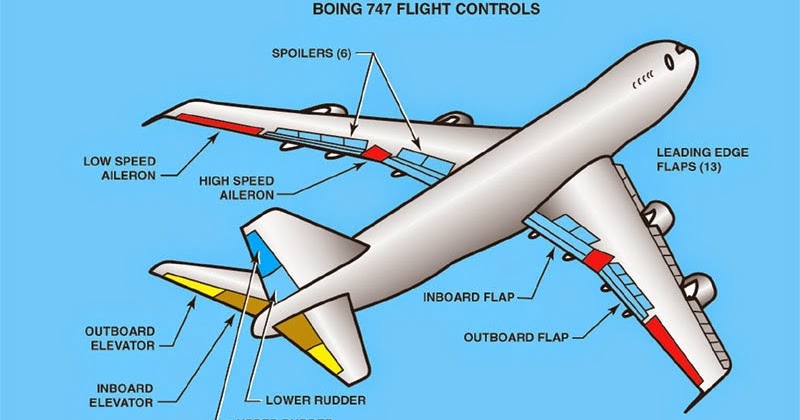 It will soon be 18 years since the world's most ambitious and Orwellian false flag black op. I think at this stage I have presented most of my evidence against planes. I may elaborate on some of this evidence. I am glad this thread has done well. I will periodically renew my invitation to witnesses that may have seen either "UA 175" or "AA 11" to share their remarkable experiences with us.

I have made the case that hijacking and taking over the controls is impossible. I have cited the case of Auburn Calloway and the Fed Ex DC10.  I have just discovered another, more prominent example from the year 2000. A chap called Paul Mukonyi tried to force a BA 747 into dive. He was overpowered. Jemima Goldsmith (connected to the Rothschild by family ties and at the time married to Imran Khan) was on board. More on this. No hijacker in history has ever obtained the controls.

In 1966 BOAC flight 911, yes that's right flight 911 broke up near Mount Fuji in Japan in clear air turbulence, killing all on board. It was a B 707. This is one of those incidents that show that reality is so much more interesting than fiction. An aviation accident involving a flight numbered 911 that proves the videos of  "UA 175" penetrating the South Tower are fakes. Airframes can fail from turbulence. No aircraft of any kind is permitted to fly through a cumulonimbus thunderstorm cloud. How absurd it is to imagine a fragile airframe can penetrate a massive steel structure undistorted.

It is 18 years today that history's most ambitious false flag black op was perpetrated. I doubt if we will have witnesses to either B767 coming forward with their evidence today.

I have mentioned aileron reversal as one of the reasons the planes would have been uncontrollable at the unprecedented sea level speeds attained on 9/11. The B47 bomber was the first large jet aircraft. It had serious aileron reversal problems. Many changes had to be made on future jet transports and bombers. These included inboard ailerons and above wing slats (which also function as air brakes).

I should also have mentioned that the swept wings on large jet aircraft exacerbated the wing twist/ aileron reversal problem.

I have noted a few interesting facts that should be included. I have the unenviable task of searching the new "sanitized" net for the information but I will give it a go. One topic is the lack of de registration of "AA 93" which allegedly went down in Pennsylvania (no credible wreckage as with the other fictitious aircraft). Another is the lack of SSDI death records for many of the alleged passengers (also recall the ridiculously low occupancy on all four planes). A third is the impossibility of cell phone calls from cruising altitudes in 2001.

I would like to renew my invitation to witnesses to "UA 175" (or "AA 11") to come forward and share their experiences with us.

It's an interesting postscript that Flight 93 was spotted on April 10th, 2003 at Chicago's O'Hare by David Friedman, a United Airlines employee who records all of his flights. The tail number, N591UA was spotted on Flight 1111, a United Airlines 757. And according to the FAA, both N591UA and N612UA, Flights 93 and 175, are still valid. But Flights 11 and 77 are listed as destroyed. Not to mention that they were not even scheduled to fly on September 11th.

Renewal of the invitation