28 replies to this topic

Jewish Bankers run America and we can't vote them out.

The brain dead money grabbers elected to Congress  & Senate could stop Federal Reserve Board, by amending or ending the contract with FRB.

Consider this: in mid 1940's, Federal Reserve told Congress that taxes are obsolete, as all expenses of government could be financed with Public Naitonal Credit.

So Congress intends to keep on waging war after war till USA is dried up.

Then they will blame the peasants.

Can you really blame the "bad guy" when we eagerly do exactly what he wants?

The brain dead money grabbers elected to Congress  & Senate could stop Federal Reserve Board, by amending or ending the contract with FRB.

the jew bankers would have them removed and silanced . 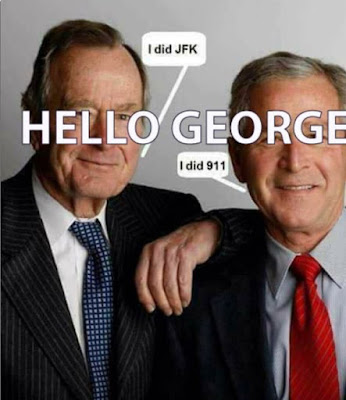 Bush shed a tear for his Dad,thats normal but its a pity he has no tears for the thousands of kids he and his dad killed in Iraq and other countries.

The only  way things improve is we round up all our Jews and lock them up forever.Our  Presidents are just Flunkies .

But we know on whose behalf these psyops were carried out.