Not only Venezuela, the Jew puppets in Washington want to take out Nicaragua as well now....So sick tof this Jew shit on our planet 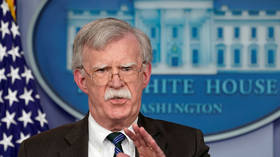 “The Ortega regime has sentenced three farm leaders to 550 years in prison for their roles in protests in 2018, where Ortega’s police forces reportedly killed 300 activists. As President Trump said Monday, Ortega’s days are numbered and the Nicaraguan people will soon be free,” the national security advisor to the US president tweeted on Wednesday.

The Ortega regime has sentenced three farm leaders to 550 years in prison for their roles in protests in 2018, where Ortega’s police forces reportedly killed 300 activists. As President Trump said Monday, Ortega’s days are numbered and the Nicaraguan people will soon be free.

6,127 people are talking about this

The leaders of anti-Ortega protests were given jail terms this week, after they were implicated in the deaths of four policemen and a teacher during a shootout last July.

The Central American nation has been rocked by unrest since April last year, with protesters demanding the resignation of Sandinista party leader Ortega, who has been president since 2007, and convincingly won another five-year term in 2016.

The US has repeatedly backed the uprising against the left-wing government, and last November Bolton made a keynote speech calling for the “crumbling” of what he called the “Troika of Tyranny” – Venezuela, Nicaragua, and Cuba – saying the states represented a “a sordid cradle of communism in the Western hemisphere.”

On Monday, Trump name-checked the same three countries, saying their "great potential" would be unlocked with the collapse of socialism. To expedite the process, Congress last year imposed financial measures that would make it difficult for the economically-stricken Nicaragua to obtain international loans, as well as slapping sanctions on top officials in Managua.

Bolton’s history with Ortega goes back to the 1980s. Just as now, Ortega was the leader of Nicaragua, first as he spearheaded the revolution in 1979, and when he was elected president in 1985. 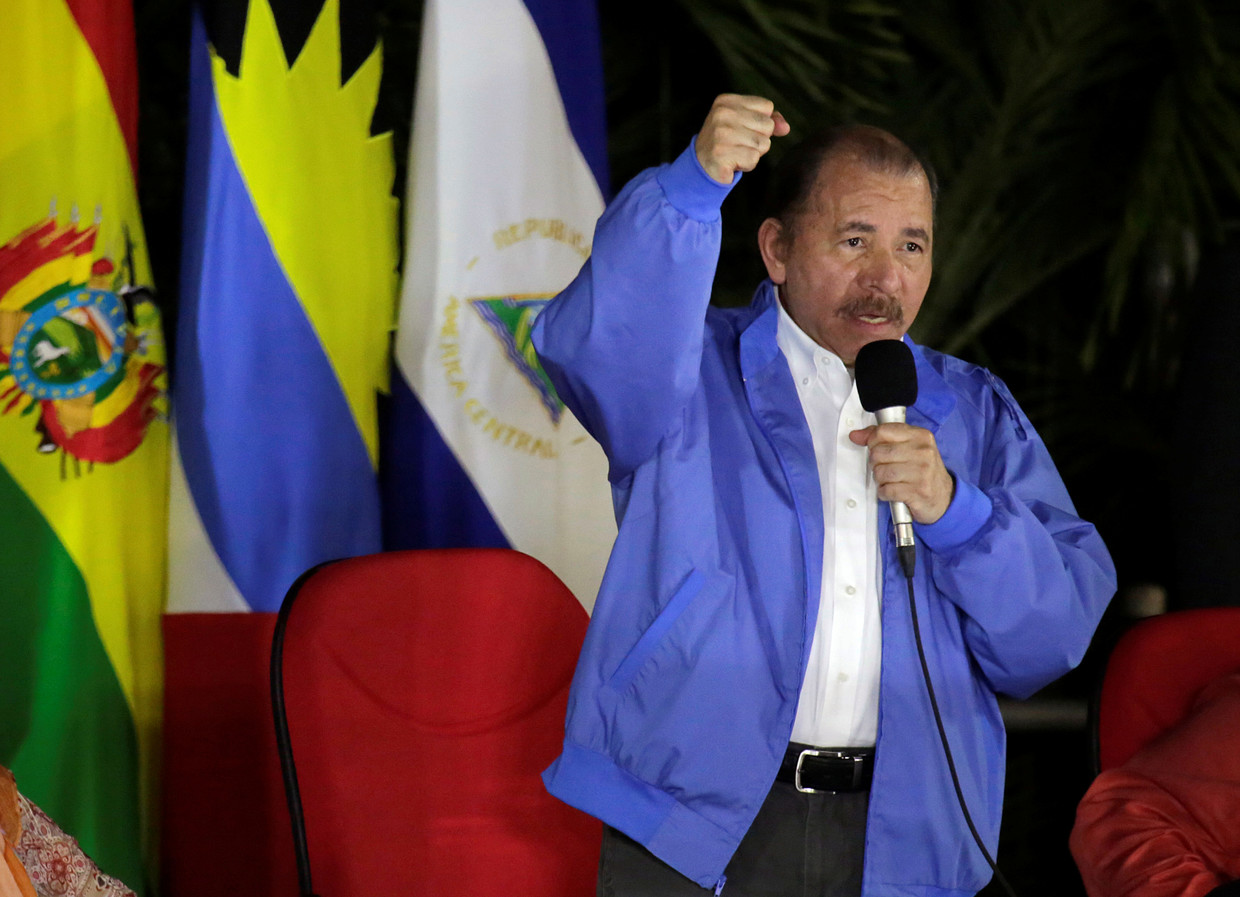 Bolton, at that time a legal specialist, held a number of senior positions in the Reagan White House, and was more than a witness to its shadowy CIA-aided schemes to bypass a Democrat-run Congress ban on helping the opposition militants.

He reportedly played a crucial part in hobbling both the scope of the Iran-Contra investigation and an inquiry into drug- and gun-running militants, who were enabled by Washington.

After he returned to prominence under George W. Bush in yet another chapter of an unsinkable career, Bolton failed to dislodge Venezuela's Hugo Chavez, the Sandinistas, or Cuba's Fidel Castro (at one point, he accused Havana of developing biological weapons, without solid evidence). But as a man who with permission from Donald Trump now seems to be steering US foreign policy on dozens of key issues, Bolton has more resources than ever before to settle his lifelong ideological grudges.

Trumps interpretation of draining the swamp...was to make it even worse than Obongos swamp

I wonder how many videos Mossad have of Bolton diddling little kids to blackmail him with?

Bolton should be put down like the Rabid Dog he is,his partner in crime Abrams has a criminal record for his past terrorism in Nicaragua,Iran/Contra,the Neo Con scum have been out of control for twenty five years,the President doesn't come into it,the maniacs are running the show no matter which party is in,Democrat or Republican,they are both pro war and Imperialist.

NEED AN EXCUSE TO ATTACK A FOREIGN COUNTRY 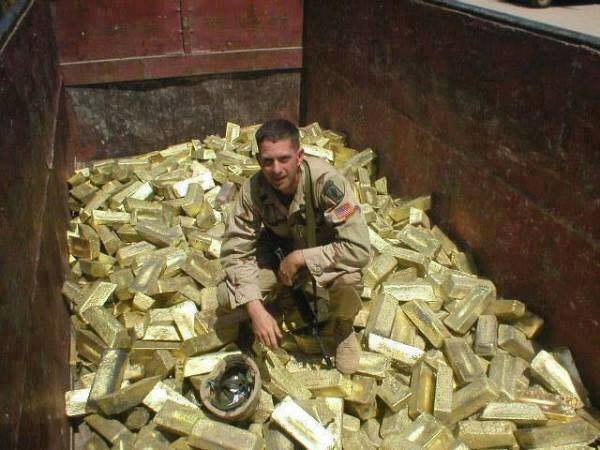 I had booked my tickets to visit Nicaragua last year mainly to see the Masaya volcano. This volcano has the worlds only easily accessible lava lake in the world.

I had to hastily change my plans at the last minute as the situation rapidly deteriorated. I went to Mexico instead. It was obvious that this was CIA promoted unrest.

Despite his Jewish connections Ortega has been under pressure for decades, possibly because of his stance on Israel. He discontinued relations with the apartheid state shortly before the unrest was sparked off by Mossad/CIA. In the 1980's he was visited by Chandraswami, the fellow who killed Rajiv Gandhi and tricked into spilling his secrets.

Go research all the (((CIA))) drug trafficking that was happening during Nicaraguan civil war...shabbos goys Bush and Clinton were the managers.

Remember that crazy Oliver North working in the white house basement with his terror agenda?

War crazies haven't killed enough people in Nicaragua yet, nor Venezuela for that matter.

They always have to torture, terrorize, maime and kill more people. It gives these creeps a thrill, not to mention all the money & sex they get.

And the psychos are starting on Cuba again  as well.. 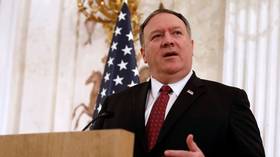 FILE PHOTO: US Secretary of State Mike Pompeo © Reuters / Kacper Pempel
The United States will help the people of Nicaragua and Cuba to resist “non-democratic regimes” in their countries, Mike Pompeo has said. His comments come as Washington steps up calls for a new government in Venezuela.

The secretary of state responded in the affirmative when asked during an interview with Telemundo if the US would “help”people living in “non-democratic regimes” in South America.

“Yes, President Trump’s administration has done so and will continue to do so. Not just in Venezuela but certainly in Nicaragua and Cuba,” Pompeo said, adding that the Washington is “working diligently to achieve good outcomes for those people.”View image on Twitter

At @jguaido’s request, the second tranche of U.S. humanitarian aid landed in Cucuta today. This aid must be allowed to enter #Venezuela and reach people in need. #EstamosUnidosVE

He stated that the US would help the people of these countries to rise up against the “yoke of authoritarianism” and “achieve a better political situation.”

“The people need to lead those efforts. I’m convinced that they’re determined to do it as well. The American people will support them,” said Pompeo.

His comments come on the heels of an incendiary tweet from National Security Advisor John Bolton, who wrote that Nicaragua President Daniel Ortega’s “days are numbered” and that “the Nicaraguan people will soon be free.”

In the meantime, Washington has increased its pressure on Venezuelan President Nicolas Maduro, who so far has successfully weathered a “coup” attempt led by self-proclaimed interim president Juan Guaido. The US-backed opposition leader has entered into a showdown with Caracas over US “humanitarian aid” stashed in Colombia and Brazil.

Maduro has refused to allow the opposition to deliver the cargo and has sealed the borders with neighboring states. The decision was followed by reports that Venezuelan security forces killed several civilians near the border with Brazil. Caracas has strongly denied the allegations
.

Trump put these bastards in to Police the planet ? Trump must take the blame for war Crimes , 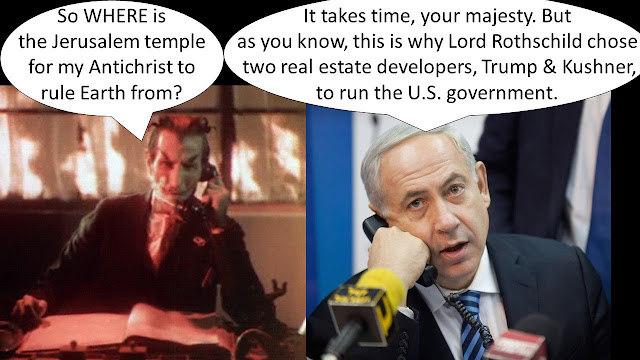