Keep Epstine in the News

Sarah Ferguson Finally Breaks Silence About Ex-Husband Prince Andrew's Creepy Ties To Jeffrey Epstein
Although Sarah Ferguson is not officially married to Prince Andrew any longer, they have remained extremely close over the years. Ferguson, informally known as “Fergie” has pretty much been a permanent fixture in the royal family, even after she and Prince Andrew were divorced.
Ferguson has referred to her ex-husband as “my prince,” and the two of them both looked happy and extremely proud at the wedding of their daughter: Princess Eugenie. They are also said to be over the moon now that their older daughter, Princess Beatrice, is engaged and slated to be married.
https://www.cheatshe...y-epstein.html/

John Oliver: The only way Trump’s problems get worse is if he confesses to Jeffrey Epstein’s murder
https://www.rawstory...psteins-murder/

John Oliver: The only way Trump’s problems get worse is if he confesses to Jeffrey Epstein’s murder
https://www.rawstory...psteins-murder/

fkn load of crap...Epstein is in Israel...Hence why the Jew media are trying to make the Epstein sick shit go away...ANd I bet that John Oliver has diddled a few kids on Epsteins island...He is fkn creepy

where does the money go after it is sold?

Bet it ends up in Israel or in a Rothschild Bank account...same thing

Epstein didn't own shit...he was just a mossad operative....The money outlaid for that honey trap will go back to the Rothschilds...

Who the hell would want to buy that creepy hole with so many ghosts of dead children in it?..Another Jew I guess!

Will the torture (dentist) chair in his bathroom be a free addition for the buyer?

fkn load of crap...Epstein is in Israel...Hence why the Jew media are trying to make the Epstein sick shit go away...ANd I bet that John Oliver has diddled a few kids on Epsteins island...He is fkn creepy

You could be right.

Fooling the goyim is what they do best

John Oliver, you can tell this creepy looking asshole has diddled a few kids with Epstein (and why he is pushing the Epstein is dead story so it all goes away)...look at him...urrghhhhh!

What a hooked nose ehh? 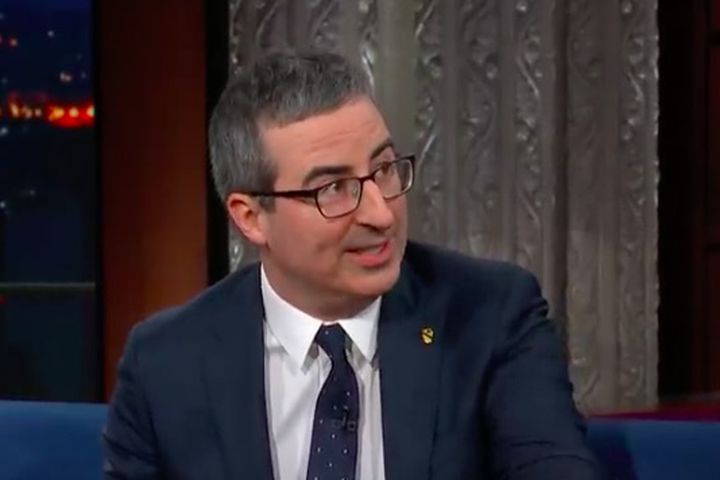 All About the Jeffrey Epstein Pedo Network | Psychopathy | Violence
https://alchemicalvi...pathy-violence/

Prince Andrew should talk to the FBI under oath about his friendship with paedophile Jeffrey Epstein, lawyer representing financier's victims says
Gloria Allred has called for the Royal to speak under oath about the allegations
Allred, representing some of the alleged victims, said he should be in civil case
This was brought about by Virginia Giuffre, who claims Andrew had sex with her
The Royal has repeatedly denied this and released carefully-worded statements
By JAMES GANT FOR MAILONLINE
https://www.dailymai...awyer-says.html

“THE GIRLS WERE JUST SO YOUNG”: THE HORRORS OF JEFFREY EPSTEIN’S PRIVATE ISLAND
Locals say Epstein was flying in underage girls long after his conviction for sex crimes—and authorities did nothing to stop him. “It was like he was flaunting it,” says an employee at the airstrip on St. Thomas. “But it was said that he always tipped really well, so everyone overlooked it.”
Ever since billionaire Jeffrey Epstein was arrested on July 6 on charges of sex trafficking, the media have been scrambling to make sense of what happened on Little St. James, his 70-acre private island in the Caribbean. But on nearby St. Thomas, locals say Epstein continued to bring underage girls to the island as recently as this year—a decade after he was forced to register as a convicted sex offender—and that authorities did nothing to stop him.
Two employees who worked at the local airstrip on St. Thomas tell Vanity Fair that they witnessed Epstein boarding his private plane on multiple occasions in the company of girls who appeared to be under the age of consent. According to the employees, the girls arrived with Epstein aboard one of his two Gulfstream jets. Between January 2018 and June 2019, previously published flight records show, the jets were airborne at least one out of every three days. They stopped all over the world, sometimes for only a few hours at a time: Paris, London, Slovakia, Mexico, Morocco. When they left St. Thomas, the employees say, they returned to airports near Epstein’s homes in Palm Beach and New York City.
“On multiple occasions I saw
https://www.vanityfa...-private-island

Some of this stuff is just too disgusting to publish.

Somebody wrote an article saying that Epstein's operation was a blackmail racket. He said this was nothing new and that Roy Cohn had something similar a few decades ago. Roy Cohn was Drumpf'ds mentor, a faggot and was on the board of the shady Permindex corporation which bumped off JFK and nearly got de Gaulle.

Some of this stuff is just too disgusting to publish. 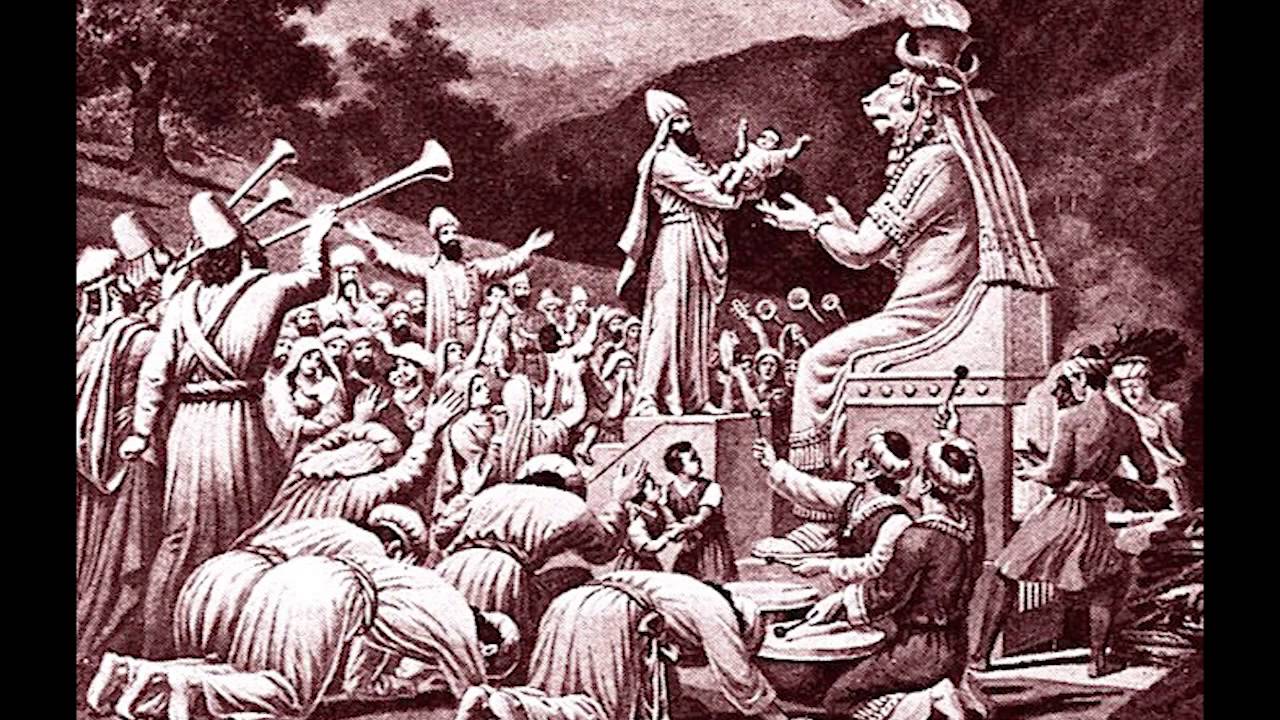 Federal judge tosses star attorney Boies and law firm from Epstein victim’s libel case
One of America’s most celebrated lawyers, David Boies, was disqualified Wednesday by a federal judge from representing a woman who accused financier Jeffrey Epstein and his renowned former defense attorney, Alan Dershowitz, of having sex with her when she was an underage girl.
U.S. District Judge Loretta Preska in New York not only tossed Boies but also his entire law firm, Boies Schiller Flexner, concluding they have become witnesses in the woman’s defamation case against Dershowitz and can no longer be her advocate.
But while siding with Dershowitz in his bid to oust Boies and his New York-based firm, the judge rejected his motion to dismiss the libel lawsuit brought by one of Epstein’s victims, Virginia Giuffre.
The extraordinary turn of events in Giuffre’s civil case — based partly on evidence of a secret recording taken by Dershowitz of his legal nemesis, Boies — means she might have to hire another law firm to represent her. Boies has cut a prominent figure as a lawyer in the U.S. government’s anti-trust case against Microsoft, for Al Gore in the 2000 presidential election recount, and for movie mogul Harvey Weinstein, who was accused of sexually assaulting numerous Hollywood actresses.
https://www.miamiher...e236336423.html

Lawyer for Epstein Accuser Ejected From Dershowitz Suit
MANHATTAN (CN) – When Alan Dershowitz faces off against the woman who says he was part of Jeffrey Epstein’s underage sex ring, he may not have to go up against his longtime courtroom rival David Boies.
Though the firm Boies Schiller Flexner has vowed to appeal, a federal judge ruled Wednesday that Virginia Giuffre must seek new counsel amid allegations that Boies conspired with her to bring a false claim against the former Harvard professor.
“Plaintiff’s attorneys must be independent and free to challenge the credibility of Boies and other BSF partners in order to test the allegations made in the complaint they drafted and filed,” U.S. District Judge Loretta Preska wrote.
Boies began representing Guiffre after the Miami Herald exposed the sweetheart deal that Epstein cut in 2008 to avoid federal charges of coercing dozens of underage girls into sex.
The investigative series renewed allegations that Epstein ran secret underage sex ring that catered to a roster of famous men — including President Donald Trump, former President Bill Clinton and Prince Andrew. Giuffre says she met Epstein while she was underage, working as a locker-room attendant at Trump’s Mar-a-Lago resort, and that Dershowitz was one of multiple friends and colleagues with whom Epstein later “shared” her.
Dershowitz, who represented Epstein in the 2008 case, in turn accused Guiffre of
https://www.courthou...ershowitz-suit/