OCTOBER 30, 2019
Sheryl Sandberg, Facebook’s second in command, is considered one of the most powerful figures in the tech world.
The Israeli government & the ADL, which advocates for Israel, help Facebook executives decide which content to censor. Perhaps it’s no coincidence that Palestinians’ Facebook pages are increasingly being removed. At a time when social media have become the new ‘public square,’ Palestinians are being denied equal access…
By Alison Weir
While Facebook is in the midst of a controversy in which Palestinian journalists are complaining that the company has a different standard for Palestinians than for Israelis, Facebook’s Chief Operating Officer, Sheryl Sandberg, publicly pledged $2.5 million to an organization that advocates for Israel.
This action was in line with Sandberg’s life history of connection to Israel. And it coincided with Facebook’s pattern of a double standard for Palestinians vs. Israelis.
While some American organizations that work on the Palestinian issue have largely been able to function on Facebook with relatively small difficulties (including the one I work for), the story for Palestinians living in the occupied Territories has been markedly different.
As we will see, for years there has been evidence that the company discriminates ........
https://israelpalest...advocacy-group/ 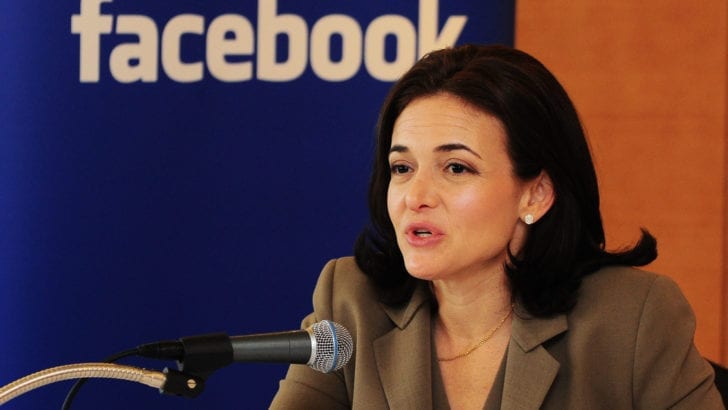 Who would bed that rottencrotch?

Not even a blind man at gunpoint at midnight.

Read the article, that bitch needs a vacation in Lebanon.

Hang out with Hezbollah.

I'm sure she would never be heard from again...