The Jew War On Trump

Actually, I don't care whether Mario is a Jew working out of Tel Aviv or Moscow, or Sidney, or a psycho white nationalist who likes the Trump hate that Jews dish out, it's all entertaining.

Yes, clearly I am a sociopath because I enjoy triggering you with my fake derision.

Just don't have a stroke over it, social media isn't worth a trip to the emergency room.

Yeh we got you are a loon, no need to tell us any more...Anyone that worships a fat pedophile and believes he is Jesus has got to have a few screws loose

Does it bother you that the Jews are fucking with the american people, Trump making them believe he was going to drain the jew swamp but then made it worse....Obviously you think liars are to be worshipped....You are a jew aren't you Zharky...only Jews think like you do

I wouldn't want to be a Jew.

In the real world, we all support Jews by buying their stuff.   We can't help ourselves because Jews own almost everything, everywhere.

Planet Of The Jews.

They are the  only two groups that worship that fat Jew controlled fucker...Oh and Mark Dice(Trump paid) troll to to sucker in kids

Dr Duke & Dr Slattery – The Complete History of the Zionist Assassination of Trump -He’s certainly no Jesus, but they Hate Him Just as Much! https://davidduke.com

And I like beer but that doesn't bring me any closer to God!

And I like beer but that doesn't bring me any closer to God!

I wouldn't rush to that meeting.

Trump is the Alpha and Omega of presidents.

So Mario is furious that he cannot be part of that.

Mario was born too soon.

Mario will always be an outsider.

You are either an absolute idiot or a propagandist for the Jews.

EVIDENCE: Trump doubles down claiming he does NOT know Lev Parnas! Really Now?

Either you believe Donald Trump's word or your own eyes. It's up to you!

Well well… there he goes again!  Lying!  Oh brother!  Now either you believe Donald Trump’s word or your own eyes. It’s up to you.  Yes, you!  You have a brain!  Now use it! 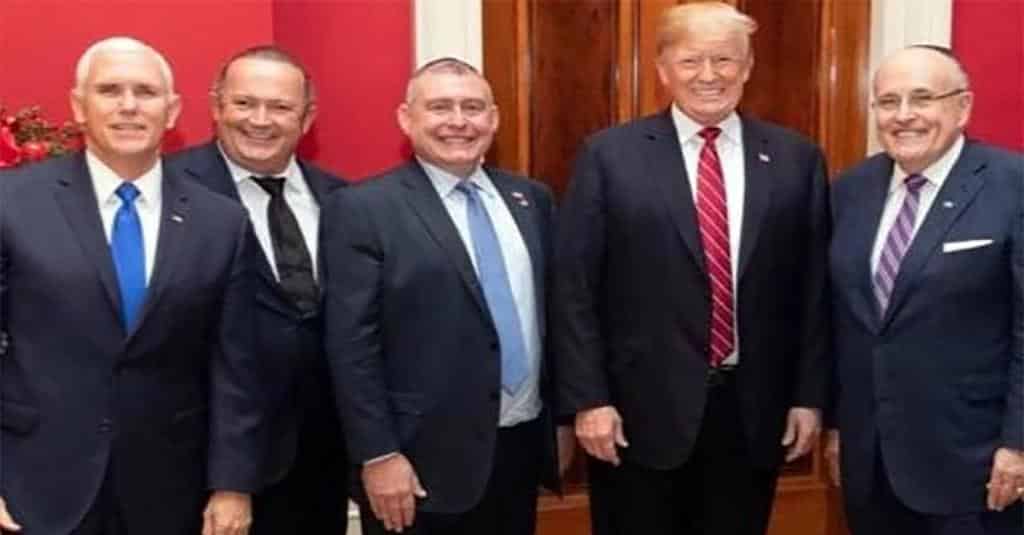 Now, we all know Trump is a known liar.  Remember when he lied about knowing Stormy Daniels until he was caught red-handed?  That was funny!  What a dick!  And now he is obviously lying about knowing Lev Parnas.  More crap from this jackass! 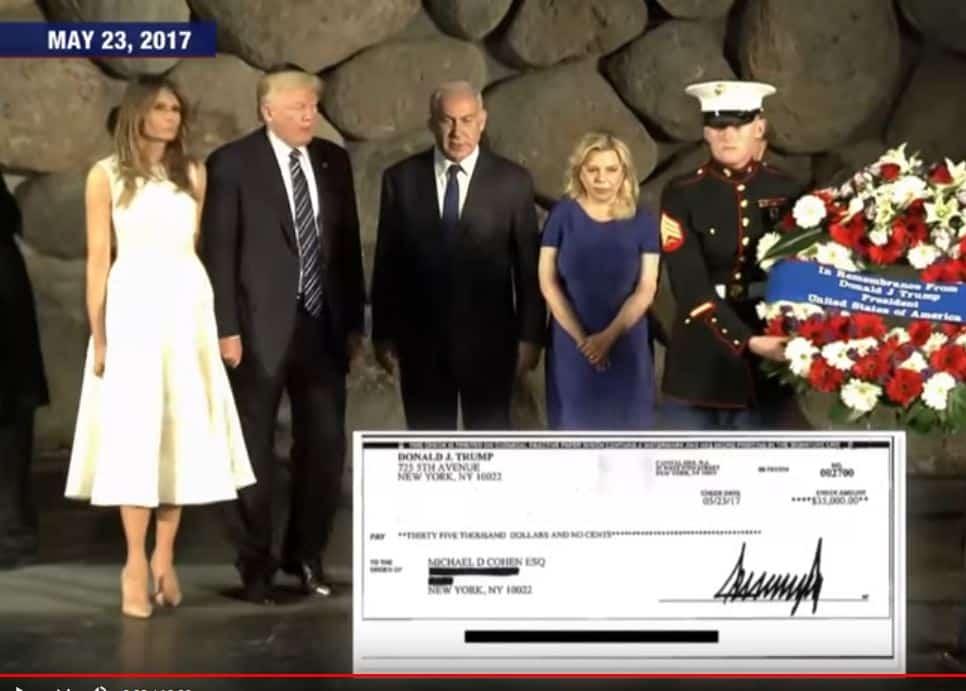 COVER-UP: Trump writes check to his lawyer on May 23, 2017 to pay him back for paying off Porn-Star Stormy and keeping her mouth shut; all this whilst he was meeting with his buddy Bibi in Israel.

Now even if you are a loyal TrumpBot, you might be able to convince the blind and brain dead that what we see is not real but you’ll be completely unable to convince us independents who actually have a brain.  We just have this thing… we don’t crawl up anyone’s ass with blind loyalty!  Period.

In fact, we know exactly what we see!  So don’t even try it cause we will shove it back in your face!

Oh and here’s some more fun…even Don Trump Jr hangs out with Lev.  Nothing like having dinner with someone you don’t know right? Wonder who paid the bill for this phantom meeting dinner that never happened?

So yeah The Donald wants us to believe his nonsense right?

I mean, I suppose he wants to believe this Lev guy is just a serial photo-bomber, right?  Like the side-ler in that weird Seinfeld episode where this weird guy keeps showing up next to Elaine Benes when she’s not looking!  Yeah, okay!  Sure!

Looky here this whole charade by the Trump family is comedy.  Not even SNL can make a skit this funny!  Although, I suspect they will try really hard this weekend.

These lying machiavellian Trump clown acts really have contempt for we the people.  We’ve known this for a long time now.  Most of us don’t care because we know they are complete pieces of shit.  We expect nothing less from these low-lives.  So it’s not a shock he’s playing this “I don’t this guy” game!  We would not expect anything less from Don The Con!

But what’s really worse is that they got their trying-so-hard-to-defend Trump supporters in a spin.   These people gotta be confused.  A lot of them are really trying.  They want him to be their hero so bad.   They need a hero; someone to believe in.  But sadly, their corrupt heroes are telling them one thing as the facts keep hammering them with the opposite. I mean their brains must be scrambled by now!

If you are one of these folk let me help you!  “The Emperor is Naked” okay!  Got it!  No, he’s not wearing clothes made from the rarest silks from faraway lands of gold!  Nope!  He’s naked!  He has always been naked!  You just didn’t want to accept it. 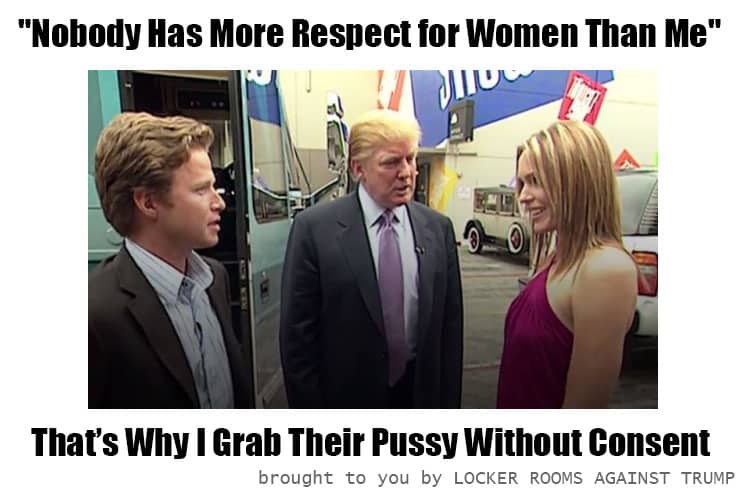 Trump’s Famous “Grab Them by the Pussy”.

Denial can only last so long for “normal” people.  So let’s hope the best for them.

Oh wait, so there they are!  Phew, thought we lost them!  That’s lovely Jared and Ivanka hanging out with our man Lev too!  But, again, no one in the Trump Family knows this man right?  Right!  LMAO!

So there it is…

The only question is does America actually care?

I am actually NOT convinced the American public actually cares if their elected President is a corrupted lawless lying mafia boss.  I know that sounds strange but, by the reactions I see on Fox GOP News and their TrumpBot fans, it sure feels like they really don’t care.  In other words, their man is just more important than the country.

Now go eat your sliver of bread and enjoy the show

Kushner is not a House Manager so why would he be relevant to the Jew's War on Trump?

Kushner is ostensibly one of Trump's few allies on the Planet Of The Jews.

Many US politicians have organized crime connections.

Nancy Pelosi, Speaker of the House, for example:

The Jews bailed Drumpf out of his bankruptcies so that he would do their bidding when they made him Chief Puppet. Drumpf is a Jew himself. 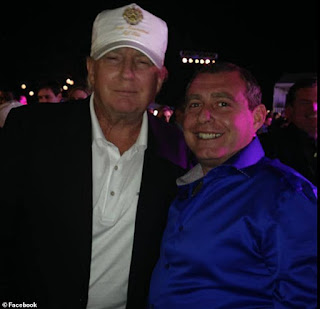 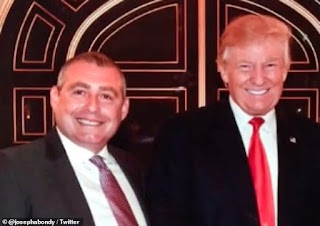 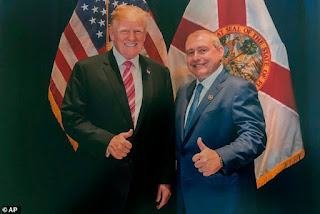 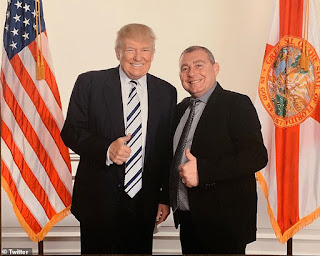 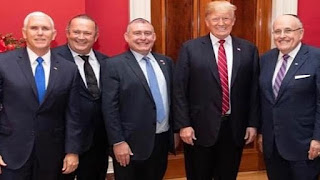 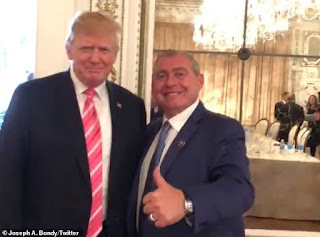