A Turkish military observation post in Syria was blow up through a car bomb
Friday 13 March 2020
A few hours ago, a powerful explosion occurred at a Turkish observation post in the suburbs of Ras al Ain, learned BulgarianMilitary.com citing news agency Aviapro.
According to local sources, a mined car left by unknown persons was blown up. As a result of a powerful explosion, at least one Turkish soldier was killed and several more were injured.
“A car stuffed with explosives exploded at a joint checkpoint of the Turkish Armed Forces and the Free Syrian Police (SNA) in the village of Tal Halaf, in the suburbs of Ras al Ain. As a result of the explosion, one Turkish soldier died, ”The Herald of Damascus” source said
At the moment, it remains unknown who exactly is behind the undermining of the Turkish observation post in the vicinity of Ras al Ain.
However, earlier the Kurds have repeatedly attacked the positions of the Turkish military and terrorists controlled by them, refusing to comply with any agreement with Russia and official >>>
https://bulgarianmil...ugh-a-car-bomb/

Now you know why there's a fight over Syria.
And why the invaders don't want to leave. 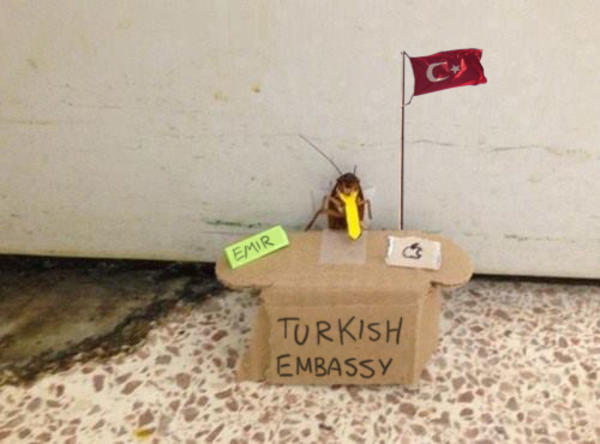 Some terrorist working with the Turks, CIA, Israelis et. al. probably went to the toilet and forgot to deactivate his car bomb.

Also tagged with one or more of these keywords: greater israel