We should have a vaccines thread

I have not thought about this much but this now is a matter of grave concern.

There is a vaccine thread here some where started a few years ago, it's huge now...good idea to start a new one 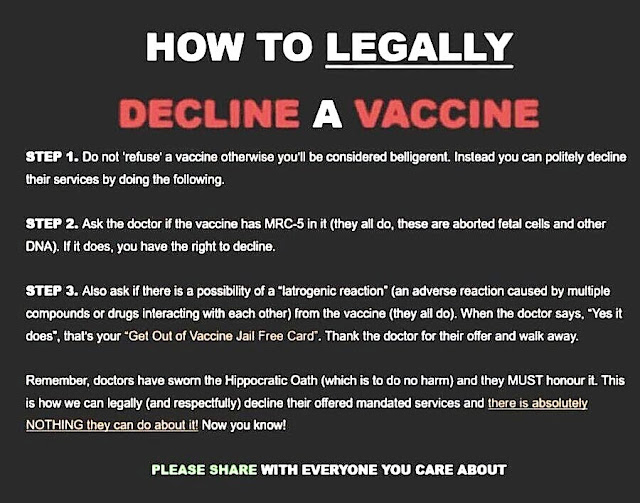 I have not thought about this much but this now is a matter of grave concern.


Quote: ...The decades-long controversy over whether childhood immunizations can be traced to brain injuries such as autism is called quackery by many medical professionals and viewed as a cover-up by others, including Robert F. Kennedy Jr.

The nephew of the late President John F. Kennedy, a lawyer and environmentalist, Kennedy has become an outspoken skeptic, disputing determinations by the Centers for Disease Control and Prevention, the World Health Organization and other scientific groups that the mercury-containing preservative thimerosal does not cause symptoms of autism.

"The studies are devastating, but they don't have to be taken seriously by the mainstream - the vaccine program is part of this matrix of corruption," Kennedy said Thursday, while addressing the 15th annual national conference of AutismOne.

HOW TO DECLINE A VACCINE…

With vaccines looking like the inevitable outcome of the coronavirus hype. It looks likely that what will follow is mandatory vaccines, digital ID chip implants and many other assaults on our freedom to choose more or less anything.

From a legal perspective it is a necessity to exercise your rights to decide. All you require is clarity and appreciation of the various risks involved. An understanding of the ingredients and their effects.

In fact, mandatory vaccinations are a direct violation of The Nuremberg code.

The Nuremberg Code is a set of research ethics and principles for human experimentation created as a result of the Nuremberg trials at the end of the Second World War, when the notorious doctor’s experiments where supposed to have come to an end.

It feels now more than ever that the mass experimentation on humanity is under way once more with enforced vaccines looking an inevitable thing for anyone that’s wants to do anything. But know your rights and be better prepared.

The Nuremberg Code is one of the most influential documents in the history of clinical research.

Code 1. The voluntary consent of the human subject is absolutely essential.

This means that the person involved should have legal capacity to give consent; should be so situated as to be able to exercise free power of choice, without the intervention of any element of force, fraud, deceit, duress, over-reaching, or other ulterior form of constraint or coercion; and should have sufficient knowledge and comprehension of the elements of the subject matter involved, as to enable him to make an understanding and enlightened decision.

Code 6 also states: The risks should never exceed the benefits

According to Article 6 of the Unesco 2005 statement on Bioethics and Human Rights.

Article 6, section 1: Any preventive, diagnostic and therapeutic medical interventions is only to be carried out with the prior, free and informed consent of the person concerned, based on adequate information. The consent should, where appropriate, be expressed and may be withdrawn by the person concerned and at any time and for any reason WITHOUT DISADVANTAGE or prejudice. (caps mine)

Article 6, section 3: In no case should a collective community agreement or the consent of a community leader or other authority substitute for an individuals informed consent.

So clearly sending someone for a mandated vaccine with zero information breaks this code of conduct.

We have put together a contract for everyone to take with them to the vaccine appointments. Something that will give you the right to politely refuse their services and refuse consent, but you need them to sign a clause before any of this begins.

Download and print one out for each family member and take it with you to the appointment. See the download links at the end of the article.

This clause covers several key points that both the medical practice and the vaccine administrator must agree and sign up to before undertaking such a risky procedure.

The clause covers some key points:

The personal and professional responsibility must be passed to the vaccine giver, who is operating under licence. We as citizens have rights under common law that apply in such situations.

You are perfectly entitled to create your own contract that must be signed before any medication is administered. It is your right to be made aware of the list of ingredients and to be given a full explanation of the risks involved from each, as well as the possible side effects of the total ingredients combined.

The administrator must also display an in depth understanding of what the combination of ingredients can mean within the human body. They must have a qualification in chemistry, or advanced chemistry for this.

There is nothing wrong with having your own private clause, as the medical practice and the doctors of the clinic should not only be aware of the Hippocratic oath, but also have signed up to it when attending medical school.

Governs all of the medical industry and is something all doctors must sign when they attend medical school. This fact is so often forgotten, but this a rule that dates back to the days of Hippocratis himself.

The Oath also states: “And I will use treatments for the benefit of the ill in accordance with my ability and my judgment, but from what is to their harm and injustice I will keep them.”

There is an exchange of money here

You are using their services and the medical practice are being paid for each vaccine, so there is also an exchange of money as a result and so you have created a contract that must be included within this exchange.

Don’t forget, you also have the right to seek alternative views and also attend a different doctor for a second opinion if this one is unsatisfactory.

For when the inevitable time comes and Bill Gates and his buddies have the vaccines lined up and vaccines become mandatory, this is a way of protecting your rights.

You have a right to be informed and to refuse based on the information they offer.

You have a right to pass this responsibility on to them personally.

The nurse/ or medical professional must also understand the vaccine has MRC-5 in it (they all do, these are aborted fetal cells, or other forms of DNA) and if it does, you have the right to decline.

The current manufacturing process uses cell factories to grow MRC-5 without the need for any fetal cells.

Also, you have the right to check if there is a possibility of an Iatrogenic Reaction (adverse reaction from multiple compounds or drugs interacting with each other) from the vaccine. When the nurse says “yes, it does” that can also be a reason to decline, due to the inherent risks of an Iatrogenic reaction.

This way, we can politely and simply decline their offered, or even mandated services.

The combinations of chemicals and mix of toxins and DNA are potentially harmful as a combination as well as individually and so you and your child have a legal right to be told what this chemical reaction could be.

They must take personal and professional responsibility for their actions. For what may arise from this injection.

The coronavirus has skipped many testing stages and is being tested on live humans already as we know. So the side effects to the vaccines will not be known for a long time.

You are essentially being used as a test guinea pig, you have the right to know this.

And so any complications as a result of this dangerous mix of chemicals and DNA, aluminium and other toxins must ultimately lie in their hands.

For the simple fact remains with guaranteed safety and zero harm then taking a vaccine would not be an issue. It is the inherent harm that is the pivotal point.

This is a legal document as soon as anyone signs it, it becomes legally binding.

If they are unable to sign it then the contract is terminated and you are free to leave.
Please see below for the forms to download and take along, one for an adult and one for a child.

Vaccassinators are committing a crime every time they inject someone.

RFK jr says that scumbag Murdoch has investments in big pharma. Is this true ?

Has anyone seen the movie VAXXED ? Directed by the doctor who blew the whistle, Andrew Wakefield. I am thinking of ordering the DVD. 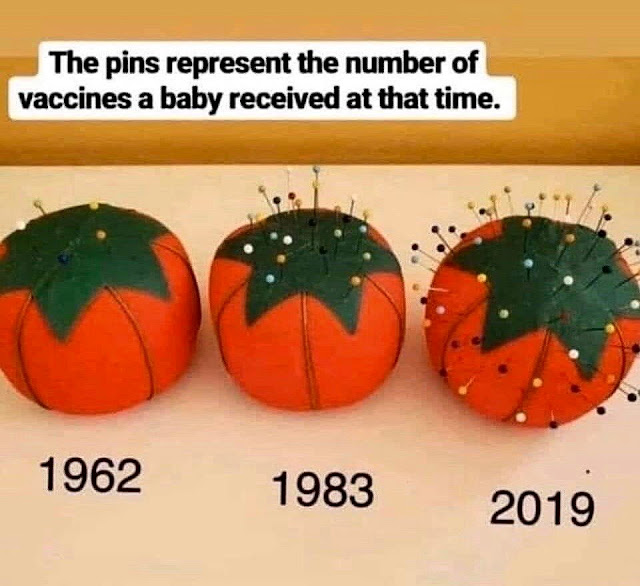 
What's wrong with gvts to allow such monstrous activities to take place?