Watch this RT interview with Robert Kennedy to see how corrupt the CDC is.  We cannot trust this corrupt organization with our health.  The CDC has a large financial interest in pushing untested vaccines on the public.

WHO is even more under the control of Big Pharma.  The organization is corrupt beyond the meaning of the word.  “The WHO is a sock puppet for the pharmaceutical industry.” — Robert F. Kennedy Jr.

Vaccines Are a Profitable Business that Damages Many

The scientist who discovered the HIV virus and won the 2008 Nobel Prize for Medicine says the Covid-19 virus is man-made and not a natural mutation.  He says , “in order to insert an HIV sequence into this genome, molecular tools are needed, and that can only be done in a laboratory.”  He thinks the Chinese were searching for an AIDS vaccine and their construction accidentially escaped from the lab.  He adds that the good news is that “Nature does not accept any molecular tinkering, it will eliminate these unnatural changes and even if nothing is done, things will get better, but unfortunately after many deaths.”

Rashid A. Buttar, DO, FAAPM, FACAM, FAAIM Biographical Information Dr. Rashid A. Buttar became an Eagle Scout at the age of 14, becoming the youngest person in the US to get his Eagle in 1980. He graduated high school at age 17 and received his undergraduate degree from Washington University in St. Louis with a double major in Biology and Theology and a minor in Animal Behavior at age 21. Dr. Buttar then attended medical school at the University of Osteopathic Medicine and Health Sciences, College of Osteopathic Medicine and Surgery in Des Moines, Iowa, graduating with his medical degree at age 25. Dr. Buttar did a rotational internship with emphasis in General Surgery in Houston, Texas and then later trained in General Surgery at Brooke Army Medical Center in San Antonio, Texas. While serving in the US Army, Dr. Buttar also served served as Brigade Surgeon for 2nd Infantry Division, Republic of South Korea, and later as Chief of the Department of Emergency Medicine at Moncrief Army Community Hospital at Ft. Jackson in Columbia, South Carolina while serving in the US Army. Dr. Buttar made the list for promotion to Major in the US Army at the age of 28, becoming the youngest person to make the list for the rank of Major that year in the US Army just prior to finishing his service in the Armed Forces. During his military career, Dr. Buttar had the privilege of serving with and /or being attached to the 2nd Infantry Division, the 101st Air Assault Division and the 5th Special Forces Group. Dr. Buttar is board certified and a Diplomate in Clinical Metal Toxicology and Preventive Medicine, is board eligible in Emergency Medicine and has achieved fellowship status in three separate medical organizations (Fellow of the American College for Advancement in Medicine, Fellow of the American Academy of Preventive Medicine, and Fellow of the American Association of Integrative Medicine). Dr. Buttar now serves as the Medical Director for the Centers for Advanced Medicine.

Click the link … To access more information and learn more about the principals and philosophy of Dr. Buttar, or to be notified when Dr. Buttar releases new videos or books, or to simply stay in touch with Dr. Buttar, visit the following links: www.AskDrButtar.com www.YouTube.com/DrButtar www.Facebook.com/DrRashidAButtar @DrButtar on Instagram @DrButtar on Twitter

Sweet Innocent Dr. Fauci had an Assistant Doctor Fired and Jailed in 2011 for Warning that Vaccines were Giving Americans Known Chronic Diseases https://www.thegatew...ronic-diseases/

The Clinton Foundation and the WHO Formed an Agreement which was Against US Tax Law and Should Have Cost the Foundation Its Tax-Exempt Status https://www.thegatew...-exempt-status/

This video is for informational purposes only. It is not instructive. It is meant solely to illustrate how Healight is designed to work. This technology is still in research phase and not yet approved by the FDA for Emergency Use Application.

PLEASE DEPOSIT ANY INFO  RELATED TO THE TOPIC

Ivan probably just posted the best image of the Jew pharma mafia controlled government and how it forces people to poison their children....Thanks Ivan 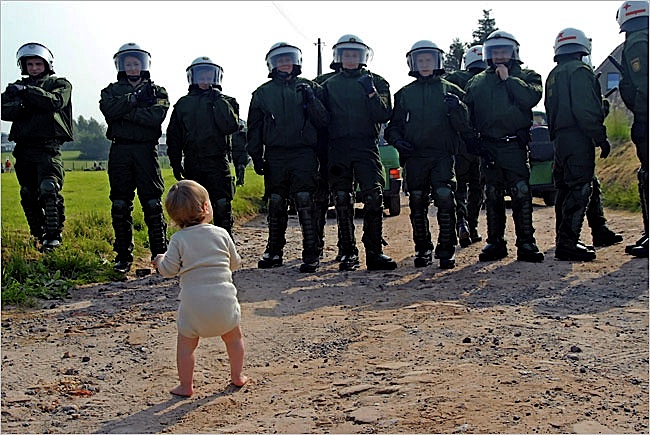 The 2016 documentary film “Vaxxed: From Cover-Up to Catastrophe” discusses the link between the MMR (measles, mumps, rubella) vaccine and autism.

Media denunciation of the film, followed by withdrawing it from wide distribution, is an example of science denial and medical McCarthyism.

The film exposes CDC corruption and fraud in deference to private industry profit-making — why it should be called the sickness, not the healthcare, industry.

According to senior MIT research scientist Stephanie Seneff, autism at its current observed rate is projected to affect around half of vaccinated boys by 2025.

US major media journalists are instructed by the CDC on how to report on vaccines — what to say, what to suppress, ignoring scientific evidence.

Safety and efficacy claims by Big Pharma and the CDC have “no warranted basis in medical science.”

“This official policy is founded upon flawed premises and a primitive understanding about the complexities of the human body and its multifaceted immunological system.”

“Modern vaccine science…morphed into a new fascism, a rigid doctrine that has sacrificed the foundations of scientific integrity on the altar of institutional greed, privilege and profit.”

“(A) body of research point(s) to vaccination’s adverse effects upon our immune systems.”

There’s an alarming correlation between numbers of childhood vaccinations and illnesses among children, as well as autoimmune diseases in adults.

Toxins in vaccines that are harmful to human health include mercury, aluminum, formaldehyde, phenoxyethanol (antifreeze), MSG, and squalene adjuvants that weaken and can destroy the human immune system, making it vulnerable to many annoying to life-threatening illnesses.

Null and Gale: “The majority of vaccine ingredients have been shown repeatedly to have toxic consequences contributing to serious neurological and autoimmune conditions” — either occurring immediately or appearing later in life.

The public and private vaccine industry is rife with conflicts of interest. “(A)ccepted vaccine research (is) junk science.”

Federal and industry claims that toxins in vaccines are too minimal in amounts to harm human health are falsified.

Any amount of mercury or aluminum ingested, no matter how little, is harmful to human health.

The amount of toxins in multiple vaccines given infants exceeds what the scientific community acknowledges is a safe level.

Null and Gale explained that  public and private health officials “have very little clear idea about what we are actually injecting into our children nor its long term consequences on our natural immune systems.”

“They have the potential to generate virulent viruses by recombination and the recombinant nucleic acids could cause autoimmune disease.”

Null and Gale: “Any one of the many vaccines on the market today can cause enormous genetic and epigenetic disruption in any human being.”

Since the mid-1960s, CDC and WHO vaccine divisions acknowledged genetic contamination in all vaccines, posing a serious human health risk.

Null and Gale: “Current vaccine technology makes it impossible to filter out all genetic contamination and DNA debris from vaccine preparations.”

“There are approximately 100 million allowable segments of DNA contamination permitted in any single vaccine dose.”

“The American Autoimmune Related Diseases Associations estimates that 50 million people have any one of 100 and perhaps over 140 different life-threatening autoimmune diseases.”

“(T)he official doctrine of vaccine safety is completely based upon (unscientific) blind belief and faith.”

Null, Gale, and other scientific experts stress that all vaccines are unsafe at any dose.

Its “mission is to end the epidemic of children’s chronic health conditions (including from toxic vaccines) by working aggressively to eliminate harmful exposures, hold those responsible accountable, and establish safeguards so this never happens again.”

He slammed Microsoft founder Bill Gates’ obsession with wanting control over “a global vaccination ID enterprise (to) give him (and others with the same agenda) dictatorial control of global health policy.”

Earlier Gates Foundation funded vaccination of hundreds of sub-Saharan children against meningitis resulted in paralysis for about 10% of the subjects.

He called Bill Gates “ruthless and immoral.” In 2010, his foundation invested billions of dollars in making the next 10 years “the decade of vaccines.”

RFK Jr. and likeminded public health advocates accuse Gates and other vaccine profiteers of serving their own self-interest over human health and disease prevention.

Along with his ties to the CDC, WHO, and other health agencies, Gates funds/invests in Big Pharma companies involved in developing and marketing vaccines — including development of COVID-19 vaccines.

He aims for mass, ideally mandatory, COVID-19 vaccinations in the US and elsewhere.

According to RFK Jr., the WHO in 2017 “reluctantly admitted that the global explosion in polio is predominantly (from a) vaccine strain,” adding:

“The WHO is a sock puppet for the pharmaceutical industry” — the same true for the CDC.

Gates “serve(s) his personal philosophy that good health only comes in a syringe.”

Big Pharma sees a potential bonanza of profits from mass COVID-19 vaccinations when available in the months ahead.

Most people in the US and elsewhere are unaware of harmful toxins in all vaccines.

The American Association of Medical Colleges (AAMC) warned against rushed COVID-19 development of vaccines — instead of explaining the hazards to human health from all vaccines.

Dozens of COVID-19 vaccines are currently in development. Human trials began to rush some to market, the risk to human health ignored.

Government promotion of vaccines is driven by politics, not science or public welfare. Big Pharma urges their widespread use because they’re hugely profitable.

“It is a well documented fact that the incidence and mortality from infectious diseases fell by 90% well before any vaccine was even introduced.”

In her book titled “Vaccination 100 years of Orthodox Research,” she explained that vaccinations are biological weapons.

They can damage internal organs and leave children or adults vulnerable to severe autoimmune diseases – including diabetes, arthritis, hepatitis, multiple sclerosis, osteoporosis, polio and numerous others.

None of this gets publicly reported. Instead, the myth of safe vaccines and importance of getting them persists.

“There is no evidence whatsoever of the ability of vaccines to prevent any diseases.”

“To the contrary, there is a great wealth of evidence that they cause serious side effects,” harming human health.

“The WHO is a sock puppet for the pharmaceutical industry.” — Robert F. Kennedy Jr.]

Respected Views on Harmful to Health Vaccines by Stephen Lendman

watch this...you are stupid if you don't!

someone asked for thread about vaccines?

watch this...you are stupid if you don't!

what video was it

I watched most of this Yesterday. Quite impressive. As many as 160 doctors participated. There was consensus that 5G was harmful, that the tests were dubious, that Gates of Hell's appointment as the world's health expert is illegitimate. Also that the covid statistics are bogus and that the rush to the vaccine is reckless.

I watched most of this Yesterday. Quite impressive. As many as 160 doctors participated. There was consensus that 5G was harmful, that the tests were dubious, that Gates of Hell's appointment as the world's health expert is illegitimate. Also that the covid statistics are bogus and that the rush to the vaccine is reckless.


And that means we have to stop them.

Town by town, county by county. Be ready to conquer the planet, it's time for a change in management. Talk to your neighbour at the grocery store. Pass the word around. Get a consensus going. When everyone is ready, we move.