America and Russia - Fornicating with Turkey?


18 replies to this topic

America and Russia - Fornicating with Turkey?

We have written for some time now about Turkey's bellicose and hostile attitude to the rest  of the world and its subversion of other nations to restore the tyranny of its once extensive Ottoman Empire. 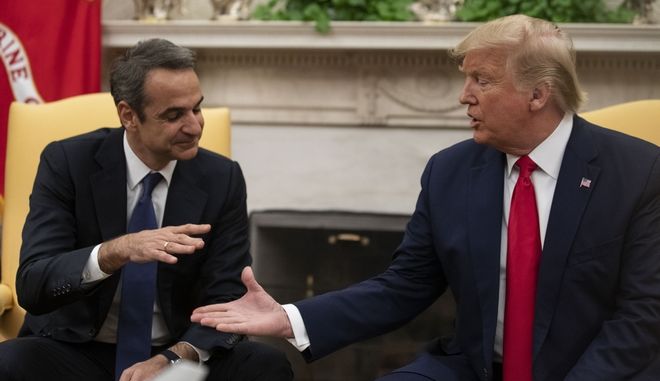 Not so fast. Is Trump really an ally? 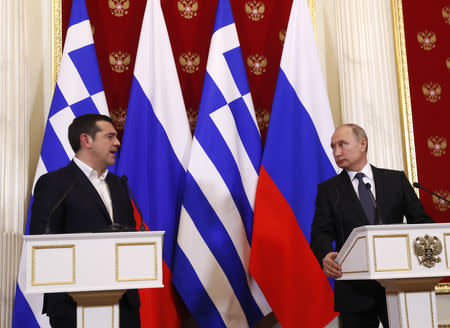 Why is Russia pals with Turkey?

Once Again Turkey is trying to take a bite out of Greece in its lust to infest all of Europe with Turks to fulfill its dreams of Empire.

The Greek Islands that Turkey claims as Turkish.

The American press keeps America ignorant. Few know of Turkey's history of war crimes and atrocities against Christianity, both Greek, Russian, Catholic and  Orthodox  and anything else that smacks of Christ or any part pf European culture from  every corner of the Continent.

This is why Turkey found a willing sponsor in Israel whereas both nations could terrorize the world as ISIS and be supported at the same time by America. 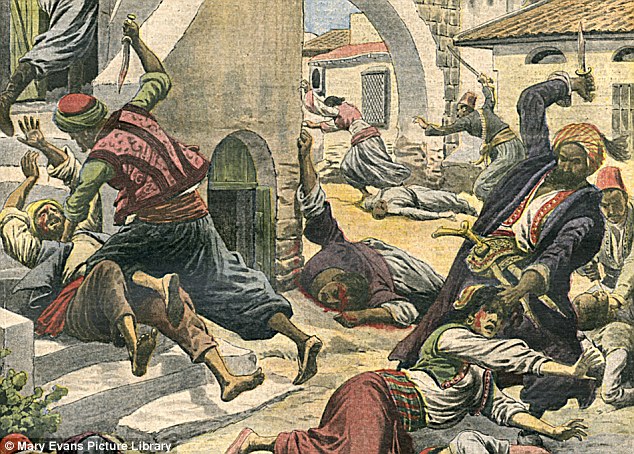 Is this what America and Russia support?

The genocide of Christians or does anyone learn the lessons of history?

(Daily Mail)"The year was 1915. In the sprawling, beleaguered Ottoman Empire — an ally of the German Kaiser in the world war that had engulfed Europe and parts of Asia for nine months — the ruling Turks had turned their hatred on the 2 million men, women and children of Armenian extraction who lived within their borders.

The Armenians — who lived on the eastern edge of the empire ruled from Constantinople (modern-day Istanbul) — were Christians and had been since the year 301, making theirs the first nation officially to adopt Christianity, even before Rome.

But here, among the Islamic Turks, they had long been second-class citizens, a persecuted minority. Now, as power in the land was seized by a junta of nationalist officers known as the Young Turks, persecution turned to unbridled savagery.

Chios Massacre: The Worst Atrocity Committed by the Ottomans Against Greek Orthodox Christians; 1822

She was in bed when the soldiers came in the middle of the night and dragged her father out of the family home in Diyarbakir, a city in eastern Turkey.

The last thing little Aghavni (her name means ‘dove’ in her native Armenian) heard as she cowered in her room was his shout of defiance: ‘I was born a Christian and I will die a Christian.’

Not until first light did Aghavni dare to creep downstairs on that morning 100 years ago. ‘I saw an object sticking through the front door,’ she later remembered. ‘I pushed it open and there lay two horseshoes nailed to two feet.

My eyes followed up to the blood-covered ankles, the disjointed knees, the mound of blood where the genitals had been, to a long laceration through the abdomen to the chest.

‘I came to the hands, which were nailed horizontally on a board with big spikes of iron, like a cross. The shoulders were remarkably clean and white, but there was no head.

‘This was lying on the steps, propped up by the nose. I recognised the neatly trimmed beard along the cheekbones. It was my father"

Greeks and Russians in  those days fought the Turks. Will they join israel and America now to savagely commit genocide in a new Christian  holocaust?

Who then is the  parent of all European culture,  like it or not, that's history and on  the  record. It certainly isn't the barbaric turks.

Christian  Gospels, mathematics, science, metaphysics, medicine, literature, geopolitics, philosophy, and on  and on are rooted in Greece.  Does Europe, all of Europe,  Russia and  America wish to commit  patricide?

Whatever political game is being played, lets pray it is for just cause and virtue, not to aid the Turkish slime or Israeli lust for world domination on the verge of tricking the world,

I used to do many fancy moves, just like the Russian ballet men above,  the back bends, flips, etc as a young man. Now I feel lucky if I can tie my shoes. But I can still fight, like a junkyard dog.

That's right and I almost forgot.

History will not repeat itself this time.
They tried to start a war for twenty years now without success, so they're using medicine to murder those they hate.
Those they never mention the name of, those forbidden to rule themselves, the christians.

The Fox & the Crow

One bright morning as the Fox was following his sharp nose through the wood in search of a bite to eat, he saw a Crow on the limb of a tree overhead. This was by no means the first Crow the Fox had ever seen. What caught his attention this time and made him stop for a second look, was that the lucky Crow held a bit of cheese in her beak.

"No need to search any farther," thought sly Master Fox. "Here is a dainty bite for my breakfast."

Up he trotted to the foot of the tree in which the Crow was sitting, and looking up admiringly, he cried, "Good-morning, beautiful creature!"

The Crow, her head cocked on one side, watched the Fox suspiciously. But she kept her beak tightly closed on the cheese and did not return his greeting.

"What a charming creature she is!" said the Fox. "How her feathers shine! What a beautiful form and what splendid wings! Such a wonderful Bird should have a very lovely voice, since everything else about her is so perfect. Could she sing just one song, I know I should hail her Queen of Birds."

Listening to these flattering words, the Crow forgot all her suspicion, and also her breakfast. She wanted very much to be called Queen of Birds. So she opened her beak wide to utter her loudest caw, and down fell the cheese straight into the Fox's open mouth.

"Thank you," said Master Fox sweetly, as he walked off. "Though it is cracked, you have a voice sure enough. But where are your wits?" 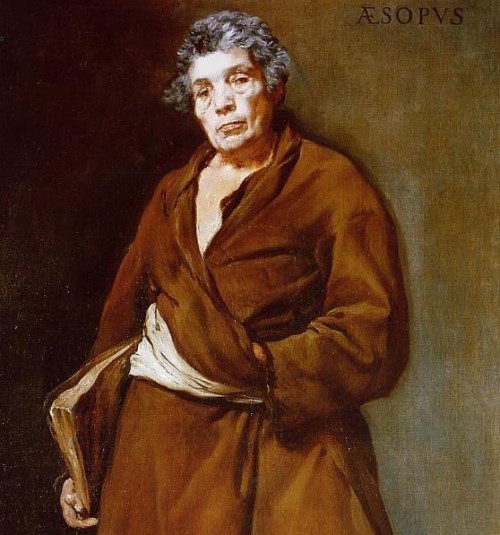 "Born in Thrace at a site on the Black Sea coast which would later become the city Mesembria. A number of later writers from the Roman imperial period including Phaedrus, who adapted the fables into Latin."

Died in Delphi, home of the Delphic Oracle of Greek prophesies, not Jewish gibberish

Now for a prophesy: "when the crow caws the specter of death appears to the sly fox"

I posted the BBC info below previously on my Putin topic:

BBC gives several examples... along with a photo of Putin, Orban and Erdogan.

No doubt there are many world leaders who are sick and tired of kowtowing to the evil Edomite-jews' globalist cabal !

Hopefully they have made a [secret] alliance to depose the evil Babylonian Edomite/jew/nwo!

Info about Orban quoted below:


Coronavirus: Is pandemic being used for power grab in Europe?

" Some of Europe's leaders have been accused of taking advantage of a public health crisis to clamp down on dissent and bolster their power."

Hungary's powerful Prime Minister Viktor Orban stands accused at home and abroad of using the coronavirus crisis to grab even more power, instead of uniting the country.

First his Fidesz government declared a state of danger on 11 March, winning valuable time to prepare for the pandemic. But it then used its majority in parliament to extend that indefinitely, so the government now has the power to rule by decree for as long as necessary and can decide itself when the danger is over.

Critics speak of an end to Hungary's democracy, but the justice minister insists the "Authorisation Act" will expire at the end of the emergency and it was both necessary and proportionate.

Is it the end of democracy? Constitutional law expert Prof Zoltan Szente warns the pandemic could easily be used to maintain the government's extraordinary powers.

As it is the exclusive power of the government to decide when to end the state of danger, he says parliament has actually "committed suicide" by waiving its right of control over the government.

In theory there are still three checks on Viktor Orban's power:

But Mr Orban's Fidesz party has a decisive majority in parliament and all by-elections and referendums are postponed until the end of the emergency.

The Constitutional Court is already packed with Orban favourites but the one remaining thorn in the prime minister's side is the largely independent judiciary.

The ruling party needs to maintain its two-thirds majority in parliament to appoint a new Supreme Court president at the end of 2020. Then Mr Orban's power would be almost unassailable."

"20 And there were certain Greeks among them that came up to worship at the feast:

21 The same came therefore to Philip, which was of Bethsaida of Galilee, and desired him, saying, Sir, we would see Jesus.

23 And Jesus answered them, saying, The hour is come, that the Son of man should be glorified.

24 Verily, verily, I say unto you, Except a corn of wheat fall into the ground and die, it abideth alone: but if it die, it bringeth forth much fruit.

25 He that loveth his life shall lose it; and he that hateth his life in this world shall keep it unto life eternal."

History will not repeat itself this time.
They tried to start a war for twenty years now without success, so they're using medicine to murder those they hate.
Those they never mention the name of, those forbidden to rule themselves, the christians.

You do your homework well RobertD

I read it the same way.

No doubt there are many world leaders who are sick and tired of kowtowing to the evil Edomite-jews' globalist cabal !
Hopefully they have made a [secret] alliance to depose the evil Babylonian Edomite/jew/nwo!

i make the same observation.

I am tired of it as well


People everywhere wearing coronavirus face-masks is a constant reminder of Rev 16:15: "Behold I come like a thief !"

Sure from ancient days and they spread all over Europe.

Homer says the ahaifoi tribes (Ahiyawoi - Hitite) included the tribe of Danioi - Danaeans that went to Northern  Europe.  Homer gives some foundations. Others to  Celtic areas and  some becoming Vikings yet another connection  to Russia in the  North. Celtic - Irish, Scottish and Welsh classics used Homeric meter for centuries, and there is more.

This little ditty  is a modern attempt to explore these roots. Good stuff 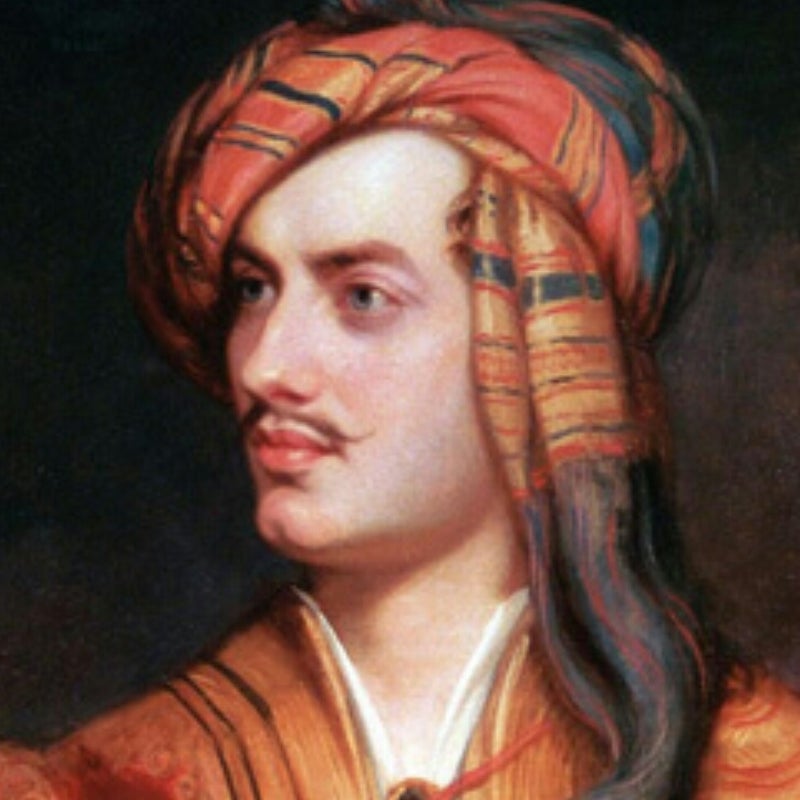 People everywhere wearing coronavirus face-masks is a constant reminder of Rev 16:15: "Behold I come like a thief !"

Yes Byron went to Greece and became a freedom fighter with my family.

He and my relatives died fighting turks 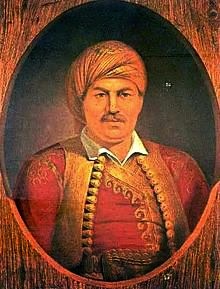 Greeks and their struggle for freedom in 1821. Haji Michael Dalianis Commander Weapons Battalion

i make the same observation.
I am tired of it as well
Regards


Jesus said "do not pull the tares until the harvest".
And now, it's harvest time.

They're working on their vaccassines,
We should work on ours too.

According to the article linked, it's the USA who is putting pressure on Cyprus to ban Russian ships.

In other words, it's the usual Edomite-jew/nwo 'BBB' foreign policy:

[if that doesn't work]

[if that doesn't work]