22 replies to this topic

The Forbidden Earth
By Shaktiman 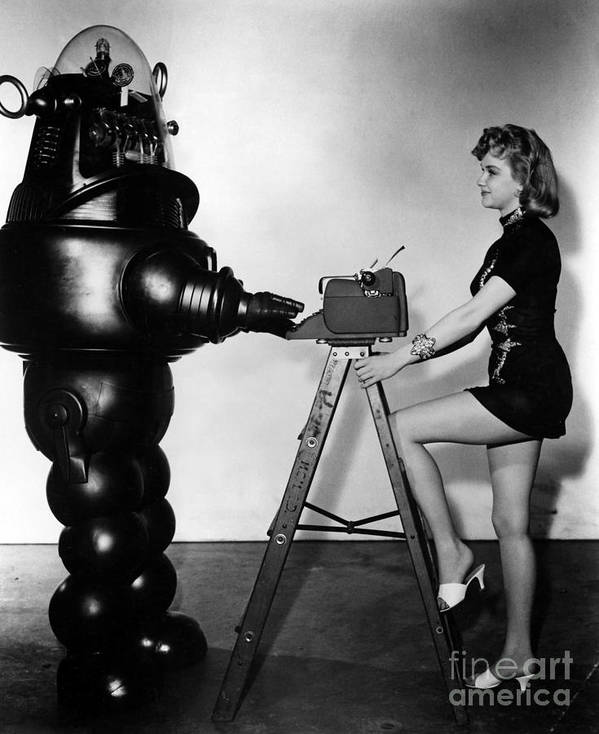 Science Fiction is regarded as fantasy by hard core scientists and reality obsessed academicians. So much so that hard core physicists deny objective reality in many if not most world views and measures.
Then we have the popular "celebrity" goofopaths like Oprah and Dr. Phil who pontificate to us that perception is reality. They purposefully blur the line. I tried that once when I was walking down the street. I closed my eyes and told myself "I perceive nothing."
After I walked into a lamp post I had to reconsider this silly idea. No  matter what I   didn't perceive, the lamp post was there.

The "I don't see it therefore it's not there" philosophy of atheists doesn't get you much more than a bump on your head.
My professor in Abstract Algebra of which I took three courses, used to look at the class and say; "the metaphysics of today is often the physics of tomorrow."
Some of this epiphany comes from hard work and study or even lucid perception. While other times it is prophetic or by Grace.
Both the Conscious and Subconscious mind interplay with both realms, metaphysical and physical. 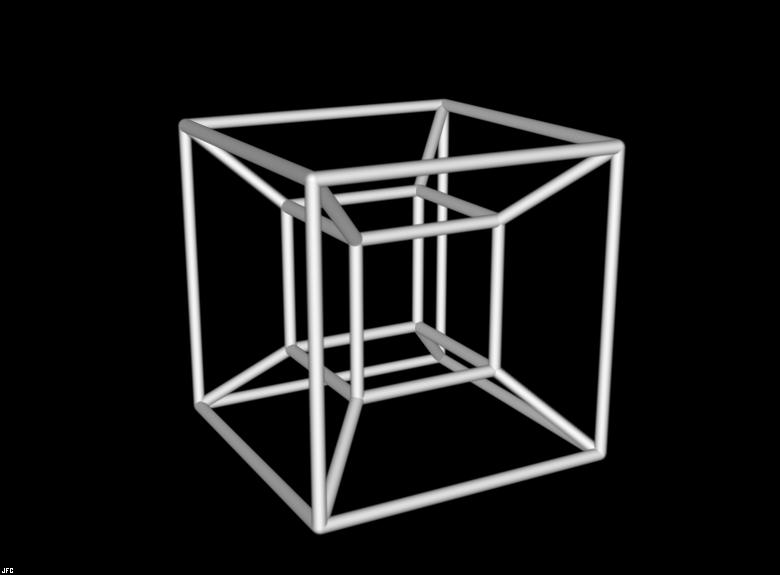 A tesseract: Still a 3D or 2D drawing attempting 4D. Not bad but not correct.
Some very insightful science fiction authors writing about events before their time were the likes of  Jules Verne,.H.G. Wells, Mary Shelley, CS Lewis, and many more, no  less the Book Of Revelation, the yet to come prophesy into this real world
Like many in  mathematics and physics, I tried to draw objects and realities in 4 dimensions.
So far even the best of mathematicians and physicists can  not visualize or draw 4D except in 3D terms or only use symbols, often merely to represent other symbols I too tried for decades and used giant sweeping arrows to point to the motion of 3 dimensional space, but still no cigar. Dr Phil: "I'm telling you I see and feel hair there. Don't you? Or are you  as crazy as Propaganda Oprah?"
Oprah said; "I think I perceive hair on your head Dr. Phil. Yes, it must be there. God is black you know."
Writing 4 D in math symbols and doing calculations and abstract geometry or multivariable calculus and analysis is easy by comaprison. Seeing 4D, drawing 4D, using computerized graphics to similate 4D or actually moving about in 4 D is almost impossible for stupid humans.
Note that I said "almost".

Not bad, I use similar foundations and basics. physicists often use 3-D in motion to describe 4 - D. But what's 5 D? I suppose only the Shadow knows what dimensions lurk in  the hearts of beasts. 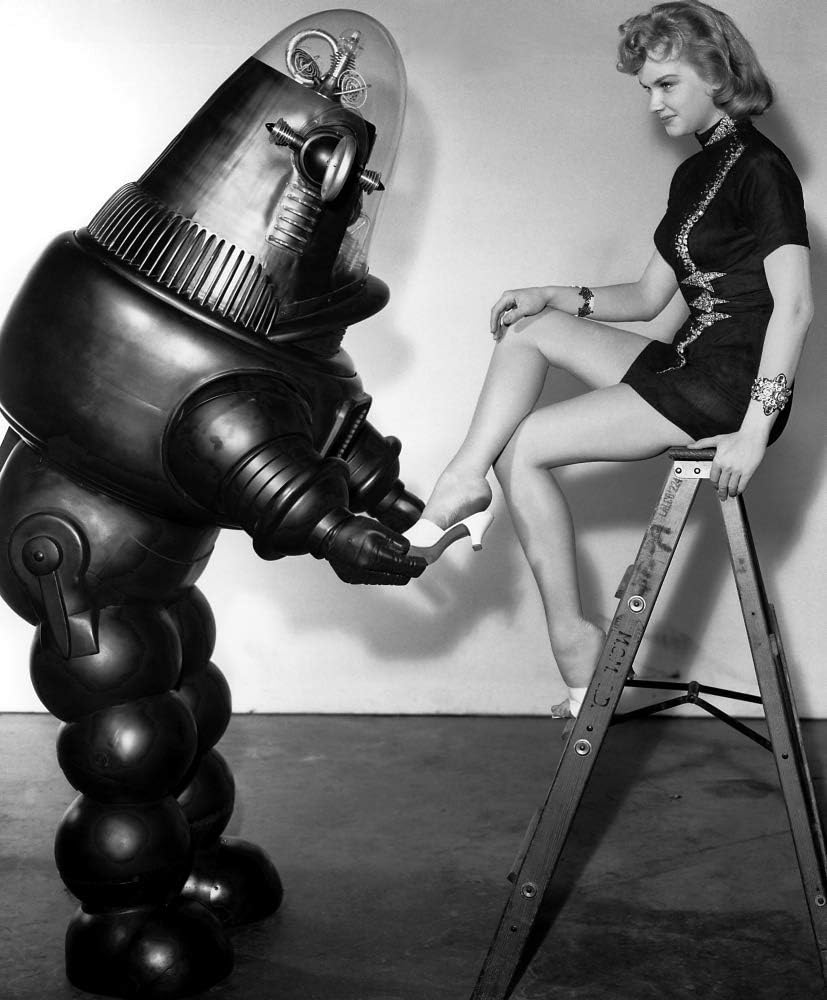 A pervbot from outerspace
I wasn't HI nor high either. I recalled instead Alan Turing, the father of computer science. I had read about his work in a Mathematics Association of America journal. Good stuff with plenty of mathematics, physics, and metaphysics in between the lines. I thought I would use some of Turing's approaches and over the years they worked out beyond my expectations.

Not NASA again? Y'all know NASA. The agency that flies to the moon after smoking moon dust.
As soon as I gained some backing from the Turing models, its metaphysics, mathematics and physics, I worked out a few calculations that I had also worked on for decades.
<iframe width="640" height="360" src="https://www.youtube....ed/KDf2QMhUBjI"frameborder="0" allow="accelerometer; autoplay; encrypted-media; gyroscope; picture-in-picture" allowfullscreen></iframe>
The truth is that NASA is primitive with its equipment and space travel and it's taken tens of thousands and more engineers and scientists to put together their primitive explorations. Live on their new planet, is it Twilo? NASA's stuck in imaginary numbers without a homeomorphism. Anyone for an isomorphic paddle?
So what evil lurks in the minds of men? Plenty. And so y'all ain't a-goin' nowhere, nohow.
<iframe width="640" height="360" src="https://www.youtube....ed/f2BYyeS-fIU"frameborder="0" allow="accelerometer; autoplay; encrypted-media; gyroscope; picture-in-picture" allowfullscreen></iframe>
.

And no matter how hard I tried to do varied calculations in my vector space or other spaces, the result came out the same, H1.The pun on words was no doubt with intent. 4, 5, 6, and 7 D became clarified and like the Krell machine, the AI just kept on going, a kind of perpetual motion 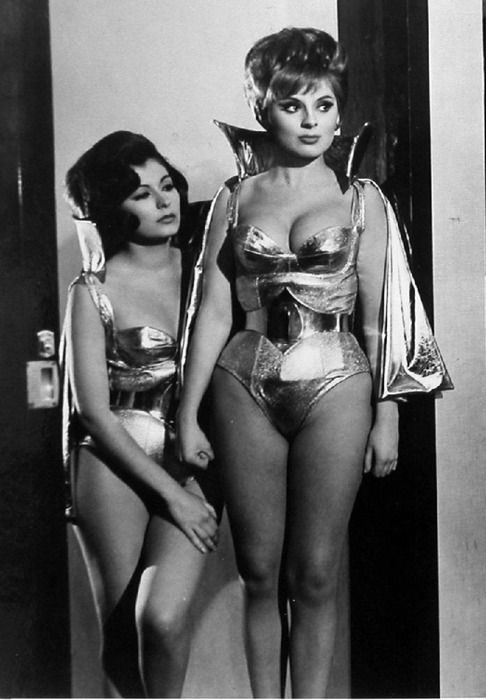 So this is what men might find in outerspace or on the new NASA planet.

HI ladies. Take us to your leader.

Thanks goodness this movie showed what their conceptualization of a Krell Beast was.

Do y'all imagine that these beasts are embedded in our subconscious mind.

After all, Jesus said "it's the number of a man"

That's 216 or the number of years calculated by the ancients as the time in between incarnations.

Here's a Krell. You think it's a Corona? 2) Is consciouness not simply a microcosmic particle idea or is it on alsoa macrocosmic scale as well?

3) Universal mind or universal consciousness is a metaphysical concept suggesting an underlying essence of all being and becoming in the universe. ... Universalconsciousness is the source, ground, basis, that underlies those interactions and the awareness and knowledge they imply.

​Gotta understand the questions first before the answers are there.

The spiritual world cannot be explained by the material world since one is inert, and the other is immaterial.

Funny that your dichotomy RobertD represents the human limitation. I submit first that nothing is impossible to God. His Word IS Law Now we can show "superpositioning" working and thus being at two or more places at once. Some now resurrect the observation that dreams etc. are also material. Hence in Revelation we hear of John being literally taken up in the Spirit as well as his nonmaterial visions materializing


. Only God is so omnipotent even to seeming contradictions.
Best regards

- persons like Einstein (Schrodinger, Bohr and the likes) - didn't take into account - that human being - can by Will Power/Macht - change the outcome of the uncertainty principle. They were all atheists - children of their times, times of strict frames of the rational mind ….

PS So what it means. It means that events than can be seen - in the ''Star wars'' - when Yoda levitates things - will someday be our - true - reality …… That's that simple, U know………

They were all christians, except Einstein who was a thief working at the patent office.

Who  knows RobertD, some of us may have been around at the beginning even though  God has no beginning, after all, that's why we have Alpha and Omega and the Word, to give us some understanding of those conundrums, Alpha is not necessarily the beginning may be a start or a first place, or in  front, or before etc,

I am  not being a wise guy but I ask sincerely to you and others here were you there? I mean with the alpha sound

They were all christians, except Einstein who was a thief working at the patent office.

Yep. Most people don't know  that.

Einstein had the hots for his 1st cousin too.

Can't recall if he married her and divorced his first wife.

But he often wore a dress and women's shoes.

He wasn't spo smart after all. Alek is correct

Thanks for your insight

- persons like Einstein (Schrodinger, Bohr and the likes) - didn't take into account - that human being - can by Will Power/Macht - change the outcome of the uncertainty principle.

BTW,  I don't know if everyone will transcend to those metaphysical abilities. As you well know,  some people  are just plain

PS Transcendental persons - Shakti - ppl with such abilities will come - the sooner - the better - for Us and our common planet earth Bye!!!

I am  not being a wise guy but I ask sincerely to you and others here were you there? I mean with the alpha sound


Do we know when our spirits were created? Were we all alive before creation?
God knows his own, chosen before creation?
As it is written. I ask questions because God said to Adam, you will be father of a multitude, and he said to Abraham, your descendants will be as the sand of the sea, and he said of John the Baptist he was Elijah. Is this not the same spirit ? The olive trees never die even when cut down. They rise again. The soul exist before the baby is formed in the womb, and returns to the spirit world after death, to be with the Lord. In revelation we are told to fear the second death, the death of the soul, fear not the one who can kill the body, fear the one who can kill the soul.

PS Transcendental persons - Shakti - ppl with such abilities will come - the sooner - the better - for Us and our common planet earth Bye!!!

Thanks for the links Alek. Good read.

But then again science itself makes huge errors and becomes pseudo-pseudo science.

Many in NASA, some of whom I knew and some actually my students, are, sorry to say, morons. NASA employs thousands of laughable "experts"

Engineering space craft, telescopes,  and so on, MAY be nice but does not get the job done

Space flight for example, to go light years away could not sustain the aging process of astronauts and cosmonauts.

I was intrigued and studied this from childhood and especially WHEN OUR SCHOOL PRINCIPLE GAVE ME A RATHER Advanced book on Astrophysics.I was 12.

In my old age I have some good insight and feel blessed and thankful but why should I share these things that could be weaponized with America's scientific monkeys? 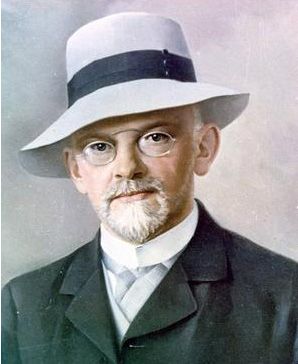 One of my all time favorites. His student Hermann Weyl did Einstein's math for him. I studied Weyl's and Hilbert's  works in graduate school/ Good stuff!

Hilbert was "sociable, democratic and well-loved both as a student and as a teacher, and often seen as bucking the trend of the formal and elitist system of German mathematics, Hilbert’s mathematical genius nevertheless spoke for itself. He has many mathematical terms named after him, including Hilbert space (an infinite dimensional Euclidean space), Hilbert curves, the Hilbert classification and the Hilbert inequality, as well as several theorems, and he gradually established himself as the most famous mathematician of his time.

I work even up to today in Hilbert Space, infinite dimensional vector spaces mostly without the traditional computations, For example instead of working with probabilities in Measure Theory (Lebesgue) I move to the dimension of potentiality (I won't say more about that, scientists can ask Trump or the Clintons that rape humanity)

If I limit this to six or so dimensions which is what I observed a bio-physicist doing recently, I can get some of the results of mystics and seers. It is of course rather daNGEROUS BECAUSE ONE DOES NOT ALWAYS KNOW WHAT "WILL COME OUT OF IT")

tHUS i CURSE WHAT amERICA DOES AND CURSE AFTER CURSE IT has BECOME AND is BECOMING SO. 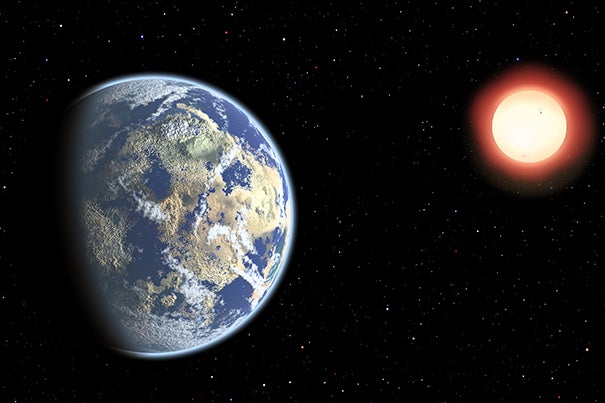 Space-Time Travel? Can Do!

So true and like John the author of Revelation, we can move into the "spirit world" here and now.

The Lord does nothing in secret.

The Lord does nothing in secret.

And thus He has very few followers, only lip service.

Paula White – "I Work My Hips and Lips" 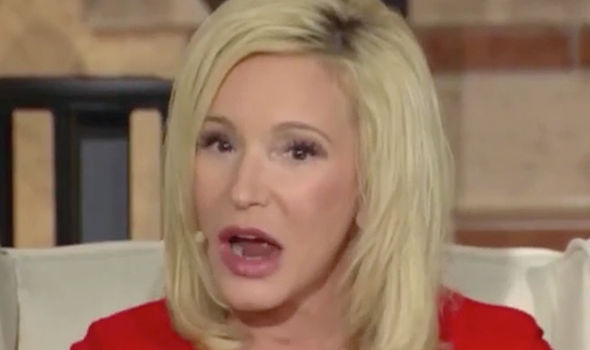 Yes Alek.
And thank you. I do understand the depth of meaning of that clip.
One is blessed to have enlightened teachers like Yoda.
My students took me to see Star Wars and in a way we are all living it
The Force, aliens or angels? Humans are yet in the Dark Ages.
BTW, my dog, a Basenji, that I loved dearly. was named Yoda
The Universe does not waste, not even planets
Best regards