Because CNN refused to connect the dots, we’ve done it for them

Dr. Anthony Fauci, the tyrant who stood to make a lot of money off keeping the public in a panicked state of fear over the coronavirus, has conspicuously stopped doing TV interviews.  For several weeks, you couldn’t turn on the TV without seeing his face and hearing him tell you to be fearful.

Prior to his recent absence from the airwaves, Fauci was regularly appearing on national news programs to update the American people on the country’s fight against the coronavirus. While Fauci has been on “modified quarantine” after possible exposure to the virus, he has still been present at the White House and testified remotely before the Senate last week, according to CNN.

Fauci’s absence was particularly noteworthy this week, given the positive early results regarding a vaccine developed by the biotech company Moderna in partnership with the National Institutes of Health, which Fauci’s NIAID falls under.

Despite the NIH’s role in helping to develop the vaccine, Fauci did not appear for interviews to discuss the promising results.–CNN

Have you connected the dots yet? Fauci will profit heavily off of anyone who gets the vaccine.

Click here for all of the “medical” patents Fauci has his name on.

CNN doesn’t spell it out for you, but they don’t really have to as far too many are waking up to what’s going on.  Fauci is a criminal.  He committed economic terrorism on an entire country so he could profit off a rushed and incredibly unsafe vaccine. It’s all coming out now.  If you dislike the reality of this tyranny, it’s going to be a rough summer for your mental state.

Because CNN refused to connect the dots, we’ve done it for them.

The Seattle-based Bill & Melinda Gates Foundation has named Dr. Richard D. Klausner as executive director of the foundation’s global health program. Dr. Klausner is the former director of the National Cancer Institute, where he led the nation’s cancer program.

As director of NCI, Klausner led one of the world’s largest research and health agencies, creating programs aimed at applying science and technology to improve global public health problems and, with Dr. Anthony Fauci, overseeing the creation and development of the Vaccine Research Center. –Philanthropy News Digest, May 15, 2002

Go to 14:43 in the video below to hear about Dr. Fauci’s disappearance:

Freedom and peace are coming, and there’s nothing politicians or the mainstream media can do about it.

But we know better and we can now see.

Freedom and peace are coming, and there’s nothing politicians or the mainstream media can do about it.

I hope you're right.

This site and members certainly contribute to that, as ornery as we are

These People Need To Be Stopped Immediately And Held Accountable!

Check out the graphic that I show you at 1:47 in the video.

You’ll see who the Bill & Melinda Gates Foundation is funding.

It’s all of the institutions that have failed us.

– The Imperial College of London — You know the place with the computer models that made all the wrong projections.

– Johns Hopkins — Remember them from Event 201

And people wonder why the mainstream media all fawns over Bill Gates.

Who by the way started his “charity” after the government shut down his monopolistic practices, something I go over in today’s video.

Along with Bill Gates promising to give all his money away, then his wealth doubled over the last decade.

I also get into important news surrounding New York and

The AP has determined 4300 virus patients were sent to New York nursing homes.

Meanwhile there were field hospitals in New York City that had absolutely 0 patients.

And which completely messed up the data by mixing up virus tests with antibody tests.

Which all leads me to the conclusion that people need to go to jail!

I don't trust any elitist in the corona caper.

It's one lie after the other.

So what do these "leaders" hope  to accomplish?


It's one lie after the other.

So what do these "leaders" hope  to accomplish?


That crapola virus story sounds like every other hoax they vomit on everyone, nothing but lie after lie to justify more lies.

There is an old Greek saying: "The tongue has no bones yet bones it can crush." 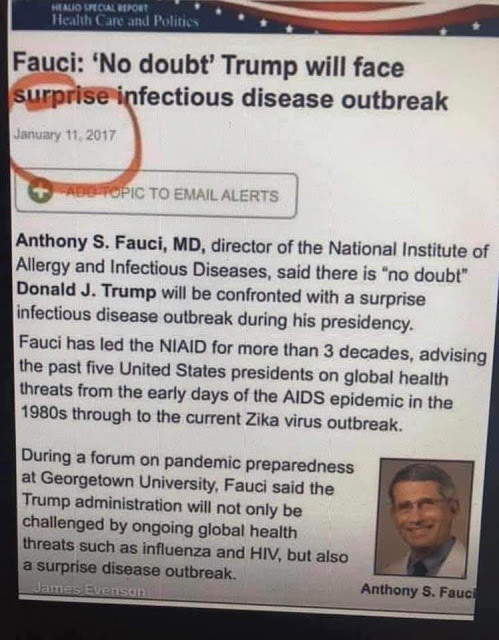 Proof of prior intent.