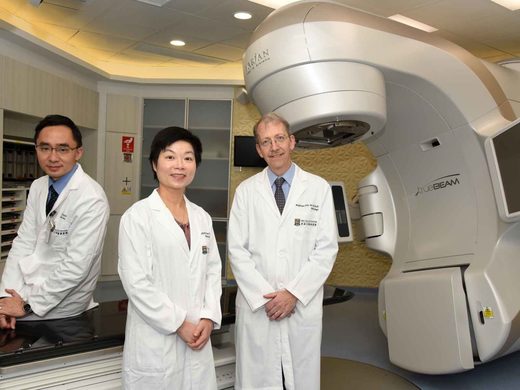 John Nicholls and colleagues at the University of Hong Kong
With the death toll climbing each day, fear and uncertainty have spread farther and farther around the globe as coronavirus continues to captivate the world's attention. However, John Nicholls, a pathology professor at the University of Hong Kong, says he knows when the virus will become inactive.

In a private conference call organized last week by CLSA, a brokerage firm based in Hong Kong, investment analysts had a chance to ask Nicholls, one of the world's foremost experts on the topic, questions about the novel coronavirus. News of the private conference call was first reported by The Financial Times, and in the days since the call, more details of Nicholls' analysis have surfaced on social media and elsewhere online, including a transcript of the call.

"Three things the virus does not like: 1. Sunlight, 2. Temperature, and 3. Humidity," Nicholls said in response to a question about when he thinks confirmed cases will peak, the transcript showed.

"Sunlight will cut the virus' ability to grow in half so the half-life will be 2.5 minutes and in the dark it's about 13 to 20 [minutes]," Nicholls said. "Sunlight is really good at killing viruses."

For that reason, he also added that he doesn't expect areas such as Australia, Africa and the Southern hemisphere to see high rates of infection because they are in the middle of summer.

Regarding temperatures, Nicholls said the warmer the better for stopping the spread of the virus, according to the transcript of the conference call.

"The virus can remain intact at 4 degrees (39 degrees Fahrenheit) or 10 degrees (50 F) for a longer period of time," Nicholls said, referring to Celsius measurements, according to the transcript. "But at 30 degrees (86 degrees F) then you get inactivation. And high humidity -- the virus doesn't like it either," he added, the transcript of the call showed.

Comment: This makes sense. The virus is clearly only at its worst in and around Wuhan, Hubei Province, where ALL deaths have occurred (the two deaths 'outside China' were of people who had also come from Wuhan). That is also likely to be, in part, down to China's mass quarantining - a world first, in the modern era anyway.

However, Nicholls also said that he doesn't consider SARS or MERS, a Middle Eastern novel virus that spread in 2012, to be an accurate comparison for this year's outbreak. Rather, the novel coronavirus most closely relates to a severe case of the common cold.

"Compared to SARS and MERS, we are talking about a coronavirus that has a mortality rate of eight to 10 times less deadly to SARS to MERS," Nicholls is quoted as having said on the conference call. "So, a correct comparison is not SARS or MERS but a severe cold. Basically, this is a severe form of the cold."

Similar to a common cold, the surrounding environment of the outbreak plays an important role in determining the survivability and spreadability of the virus, he continued. Because of the impending shift in seasons, Nicholls said he expects the spread of the virus to be curbed in a matter of months.

"I think it will burn itself out in about six months," Nicholls said.

According to the transcript, Nicholls elaborated on exactly when he expects the novel coronavirus to subside as investment analysts posed more questions.

Average temperatures typically reach as high as 86 F in Wuhan, the outbreak's epicenter, on June 17. The AccuWeather forecast calls for temperatures ranging from a high of 64 F to a low of 30 F over the next seven days.

When asked about the probability of the novel coronavirus becoming endemic, Nicholls responded, "If it is like SARS it will not be endemic. It most likely will be a hit and run just like SARS," according to the transcript.

Experts that AccuWeather has spoken to previously have stopped short of linking weather to the spread of the virus.

"Many respiratory viruses transmit better at low temperature and humidity, but we have no data on how this might affect 2019-nCoV transmission," Pekosz said in an email to AccuWeather on Feb. 4.

Nicholls' comments, while made privately, represent the most definitive tie to the weather a health expert has made yet.

At the University of Hong Kong, Nicholls has spent the past 25 years studying coronavirus and he served as a key member of the team that characterized SARS. The Hong Kong University Faculty of Medicine's Clinical Research Centre also created the world's first lab-grown copy of novel coronavirus, according to CNN correspondent Kristie Lu Stout, giving researchers a major breakthrough in understanding the behavior of the virus.

But despite that frightening trait, Nicholls' long-term optimism hasn't changed in other public remarks that he's made recently.

"My feeling is that this is going to be just like SARS, that the world is going to get a very bad cold for about five months," Nicholls told CNN last week.

Comment: And that's him adjusting his real take on it to fit the global hysteria about it; really, it's only a small part of central China that's going to "get a very bad cold for about five months."

AccuWeather reached out to Nicholls on Tuesday for comment and is waiting to hear back.

The World Health Organization (WHO) officially designated the virus COVID-19 on Tuesday, adding that the first vaccine could be available in 18 months, according to Reuters.

Comment: And that - setting a 'vaccine date' - is WHO's primary interest in spreading this contagion of fear: they chiefly represent Big Pharma's vested interest in maintaining the party line about vaccines 'saving people' from common colds - all the while, for the most part, their fiddling with viruses they don't understand is often causing outbreaks.

Quite why China went full-on in politically supporting this contagion of fear with massive containment efforts, we don't know. Perhaps the BSL-4 biolab in Wuhan was indeed a partial or significant causal factor - namely that some experimental virus for vaccine/biowarfare research escaped the lab there. Assuming human/state complicity, the Chinese govt then 'guiltily' responded out of an abundance of caution by putting 60 million people under lockdown.

However, if it is just a severe cold, and only in the immediate vicinity of Wuhan at that, then we start wondering if Xi Jinping's government isn't up to something... strategic? Maybe we're reaching though. It's hard to imagine what China's leadership could gain by voluntarily hurting the country's economy - and the CCP's political standing - by unnecessarily feeding domestic and global panic.

Of course, conspiracy theorists are sure they know that there is a 'hidden strategy', and what that strategy is: China is 'hiding the real death toll' because the COVID-19 outbreak is actually 'completely out of control' and 'we're all gonna die' if we don't...

Well, they never articulate what the 'or else' is, but implicit in their chicken little routine is that they're recommending their Western audience strictly isolate themselves from all interaction - trade, cultural, everything - with 1.5 billion of the planet's population, and that they see the Chinese leadership as pathological liars about everything.

The spooks at Langley and GCHQ couldn't have dreamed up better sockpuppets.

If, after learning all that, you're still after more 'freak-out feels', go watch this Hollywood movie: 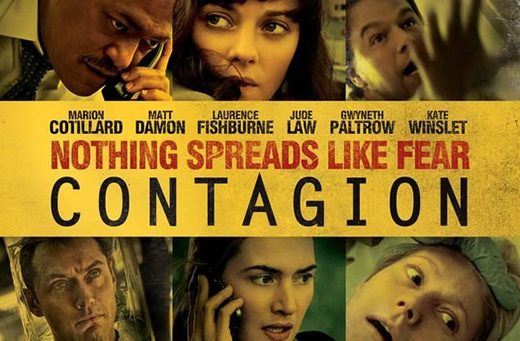 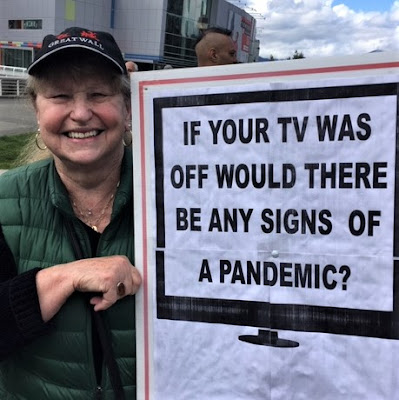