Japan ends coronavirus emergency with 850 deaths and no lockdown 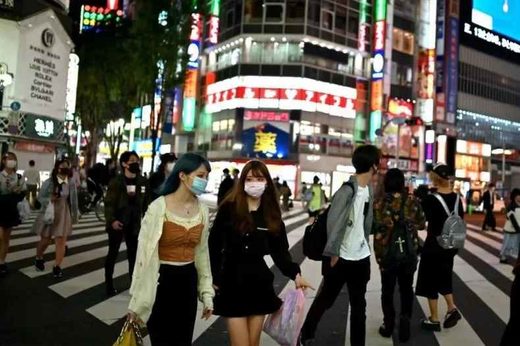 "I have decided to end the state of emergency across the nation," Abe said during a televised press conference on Monday. "In just over a month and a half, we almost brought (the infection) situation under control."

Abe cautioned that lifting the order did not mean that the novel virus was gone from Japan. "Our battle against the virus will continue," he said, while urging the Japanese people to continue following stringent social distancing guidance.

As of Monday, the East Asian nation had reported 16,628 confirmed cases of the novel coronavirus. Of those infected, 13,612 have already recovered and 851 have died. Tokyo, the nation's capital with 14 million residents, was the hardest-hit part of the country, with more than 5,100 cases. On Monday, the city reported just eight new infections.

The Japanese embassy in Washington, D.C. did not respond to Newsweek's request for comment by publication.

While Japan never implemented stringent lockdowns like those in parts of China, many European countries and the U.S., it barred foreigner travelers who had visited many hard-hit countries and urged residents to adhere to social distancing guidelines. Restaurants and shops were also required to close earlier than normal. Karaoke bars, live music venues and gyms were shuttered and will remain closed in the coming weeks.

Public health officials in Japan have warned the population to wear masks in public and continue to work from home if possible. The Japanese government has asked the population to adapt to a new lifestyle to avoid an uptick in new cases and prevent the spread of the virus. People have also been encouraged to avoid traveling for non-essential purposes to other regions of the country.

It's unclear why Japan has a relatively low infection rate and a comparatively small number of deaths due to COVID-19. Abe has faced criticism for taking little action to curb the virus' spread as many other nations implemented stringent lockdowns.

"Just by looking at death numbers, you can say Japan was successful," Mikihito Tanaka, a professor at Waseda University specializing in science communication, and a member of a public group of experts on the novel virus, told Bloomberg. "But even experts don't know the reason."

Yasutoshi Nishimura, Japan's economic revitalization minister, has said that the situation with the virus will be reviewed every three weeks and further steps could be taken to ease the guidance currently in place, Kyodo News reported. Until then, the Japanese public has been encouraged to remain at home and to avoid large public gatherings.
Comment: It's quite likely that, much as with Russia, the Japanese did not count every death with coronavirus, despite comorbidities, as deaths from coronavirus. This will make a remarkable difference with the numbers and give a much more realistic view of how deadly the virus truly is. Had western nations been following the same logic, their numbers would likely have appeared similar to Japan's. But they wouldn't want that, now would they?