In 1970 President Richard Nixon brought Justice Dept. lawyer John Dean into the White House to "clean up the mess" of the Watergate burglary of which he knew nothing, Dean's disloyalty toward Nixon identified him as the most vile actor in the entire drama, he was to go thru the available evidence, identify the White House ppl responsible and recommend their sacking thence prosecution. 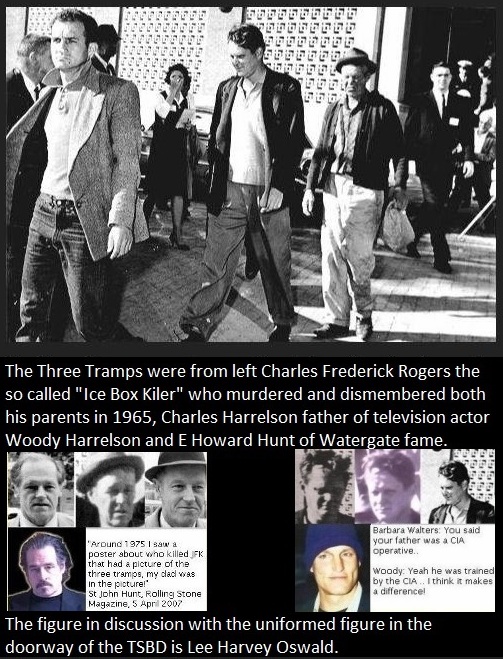 Instead of doing that he hopped onto the play dumb bandwagon and left Nixon to stew in his own juices .. had John Dean fulfilled his obligation to Richard Nixon the entire JFK assassination conspiracy which Nixon called the "Bay of Pigs," would inevitably have come tumbling down, insofar as lead Watergate burglar E Howard Hunt also took part in the assassination.

It seems very likely RN was "under the gun" of his Chief of Staff HR "Bob" Haldeman, who is alleged to have in company with Watergate conspirator G Gordon Liddy, murdered Police Officer JD Tippit in Dallas at around 1:08 pm Nov. 22, 1963, in a crime blamed on Lee Harvey Oswald.

Despite photographs and film show LHO standing in the doorway of the TSBD when the shots were fired at President Kennedy at 12:30pm the same day, and show him still in the doorway when the Three Tramps were marched by hours later. 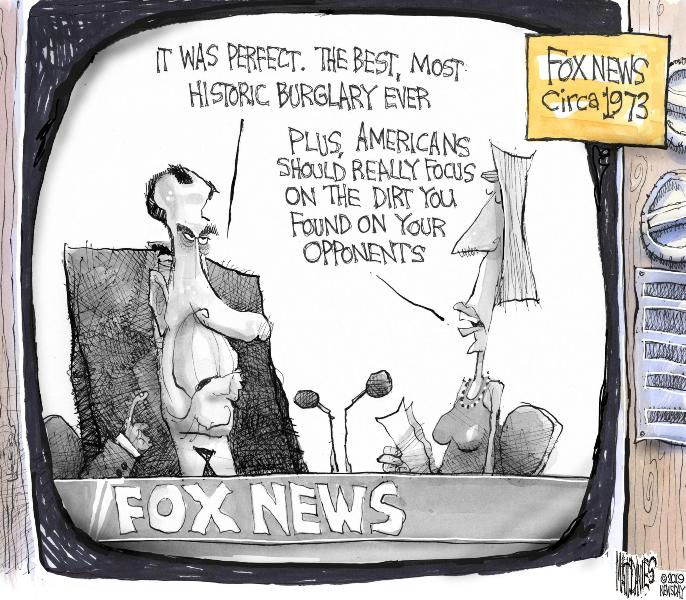 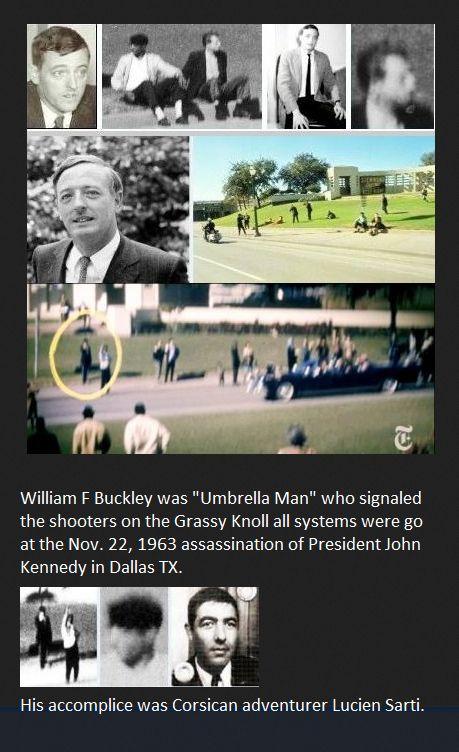 longtime "Firing Line" television host William F Buckley was "Umbrella Man" who signaled the shooters on the Grassy Knoll all systems were go, his accomplice was Corsican assassin Lucien Sarti.