De Blasio reveals he wants to buy empty NYC buildings and turn them into affordable housing after moving 13,000 homeless into hotels 'for more than $2 million a night' and shaming rich residents who left to escape COVID-19 as 'fair weather friends'

* Currently, more than 13,000 homeless people are being housed in 139 hotels all over New York City

* They will remain in hotels, he said, until there is a vaccine which could be another six months yet

* Meanwhile, taxpaying residents of the Upper West Side say they are terrified of their own neighborhood

* Three hotels there - The Belleclaire, The Lucerne and The Belnord - are now housing the homeless


Mayor Bill de Blasio on Friday revealed a plan to buy properties around the city and turn them into permanent affordable housing, after moving more than 10,000 homeless people into hotels during the COVID-19 pandemic and shaming rich residents who have left the city as 'fair weather friends'.

At a press conference on Friday, he did not say which type of buildings the city had its eye on and the city is refusing to give more details, citing 'privacy concerns'.

De Blasio only said there was an 'opportunity to get creative' now when it came to finding housing for New York's homeless.

It presents a stark scenario for landlords or building owners who may be struggling to collect rent from current tenants, many of whom - both commercial and residential - have absconded.

The homeless-in-hotels scheme set up by de Blasio is one of many components to an escalating downward change in the city.

Many of New York's wealthy residents fled months ago - taking their disposable income and their tax dollars with them - and there are fears they may never come back.

Crime is on the up but de Blasio has stripped the police force of $1billion in response to Black Lives Matter protests.

Some retailers and restaurants have been forced to close permanently and those who are hanging on face continuously changing and difficult rules, like having to sell 'substantial' amounts of food to customers to avoid crowds gathering.

De Blasio and Cuomo are enforcing checkpoints to stop tourists from 35 COVID hotspot states from entering the city without quarantining for 14 days too.

Earlier this year, it emerged that 139 struggling hotels are taking in homeless people to avoid deathly COVID-19 breakouts in shelters. The effort is being mostly paid for by FEMA, but 25 percent of it is coming from the city's shrinking budget. It brings some cash to the struggling hotels which were decimated by the pandemic.

Through the program, they take $175 per person, per night which - with more than 13,000 homeless currently being housed in hotels - is more than $2.275 million, according to anonymous city sources who have been quoted since May.

Large numbers of homeless men have been moved into three hotels in New York City's Upper West Side, much to the dismay of local residents, who have complained of drug use, public urination and cat calling.

On Friday, after wealthy residents on the Upper West Side took to social media in their droves to complain about homeless people from three of the hotels terrorizing their streets with urinating, loitering and drug-taking, de Blasio said the system was not permanent but would likely continue until there is a vaccine - something that is still months away.

'The goal here continues to be to deal with the short term which, let's say is six months-ish, while we're dealing with this crisis until people are vaccinated. 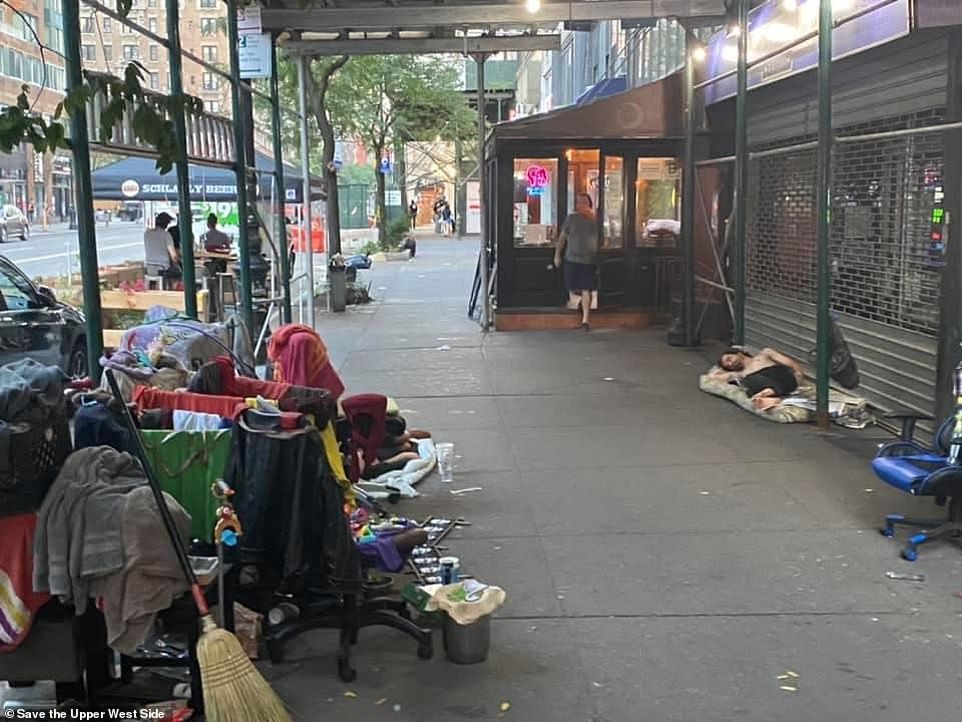 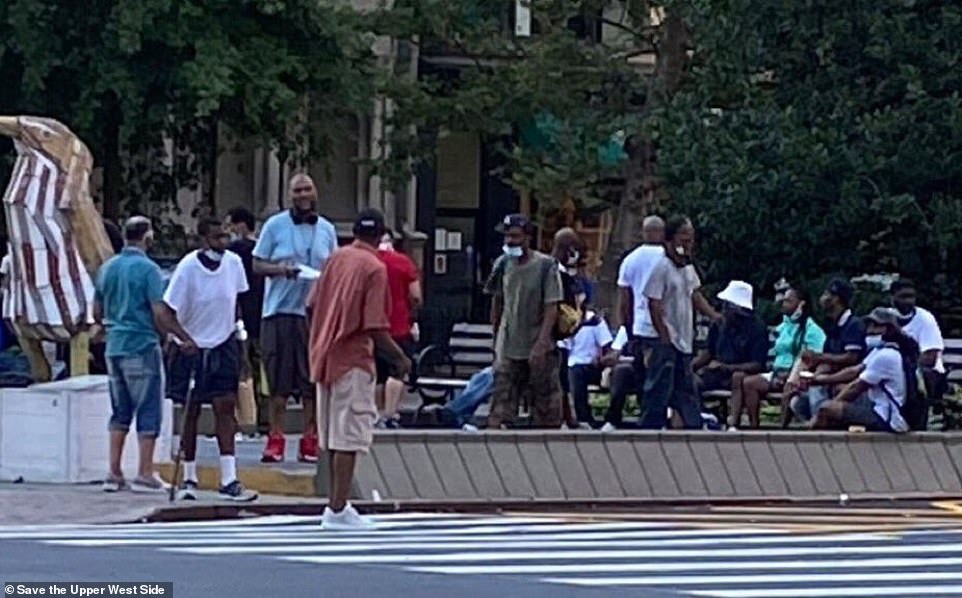 more info and photos at link

Asylum seekers being accommodated in hotels at taxpayer expense while Brits ordered to quarantine without pay.


A British YouTuber was arrested after he tried to live stream footage of boat migrants being loaded onto coaches in Dover before they are taken to be accommodated in hotels at taxpayer expense.

A citizen reporter who goes by the name Active Patriot was recording the scene from a public car park when he was aggressively approached by police.

"I'm showing the world what is going on mate," says the reporter, to which the officer responds, "I think the world knows."

"Do they really? They don't know what extent, though do they?" Active Patriot responds.

At first the officer claims he is arresting the man for trespassing but then suddenly changes the reason to "breaching the peace."

After the man complains that his arm hurts even though he is not resisting arrest, the officer responds, "Give me your arm, or I'll put you on the ground."

Steve Laws, another citizen reporter who has been documenting the migrant arrivals, told Politicalite, "I saw 74 illegals being toed into poet by the border force from 8am to 11am."

"They were so busy they didn't get the time to unload one boatload before another arrived," he added. "My sources told me it as over 100 after I had left. I saw 3 coaches parked waiting since 8am. It almost seems like it was pre-planned."

French navy vessels are escorting migrant boats into British waters, where they are then handed over to British border authorities who provide the illegal aliens a de facto taxi service and free residency while they prepare asylum claims. Migrants pay criminal people smugglers thousands of pounds to reach Europe, dispelling the idea that they are destitute.

The alarming migrant crisis on the south coast of England has finally started to receive attention following months of former Brexit Party leader Nigel Farage drawing attention to it.


First it was a taxi service into Dover.

Then it was free coaches and Four Star Hotels.

Now it's guided tours of Anfield Stadium for illegal migrants.

When will this madness end? pic.twitter.com/OR0pHya9z2

After exposing how a packed hotel was being used to house illegal migrants in Bromsgrove, Farage revealed yesterday how others got VIP tours of Anfield Stadium after Liverpool's Premier League title win.

Farage revealed how at least four hotels in the north west of England were full of migrants, with Brits being unable to book them.

"All these people will be sending selfies and pictures back to their countries, wherever they come from, and the message is: 'Come on down, get into the country, hotels, 40 quid a week spending money, full board, trips to Anfield It's stone bonkers," Farage said.

The taxi and hotel accommodation service for migrants is being overseen by the same "conservative" government that just announced Brits currently on holiday in Spain and other countries would have to quarantine for 2 weeks upon their return, a defacto house arrest which will strip many of two weeks unpaid wages.