NAPLES, Italy — The run-down, paint-chipped Detroit house where U.S. civil rights icon Rosa Parks took refuge after her historic bus boycott is going on display in Italy! It’s the latest stop for the house in a years-long saga that began when Parks’ niece saved the tiny two-story home from demolition in Detroit after the 2008 financial crisis. She donated it to an American artist (Ryan Mendoza) who rebuilt it for public display in Germany, and now Italy, after failing to find a permanent resting place for it in the U.S. As racial tensions seethe across the Atlantic, the exhibition of the home starting Tuesday has taken on fresh relevance. The display is being accompanied by a repeating soundtrack entitled “8:46” and lasting that long. It's the time it took for a Black man, George Floyd, to be killed by white police officers in a May slaying that has fueled the Black Lives Matter movement and protests around the nation in a reckoning with America’s history of slavery and racial injustice. -- Fox News report. 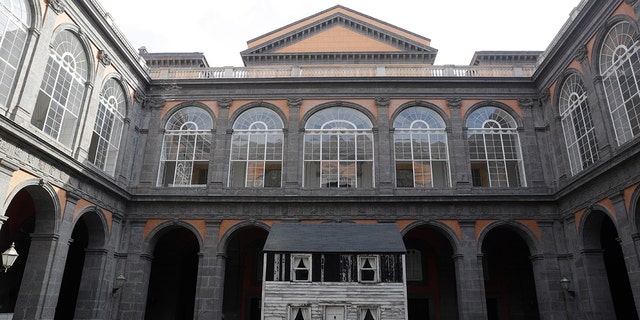