You really can't make this shit up... Gretard Turdberg against SCJ nomination

Like WTF?????.... Has this goblin even gone to school this year that now she is a spokes person for the nomination of the US Supreme court Judges?...What a tard....

All the Demonrats have left for the Judge not to be nominated is that she is a GloBULL warming denier... 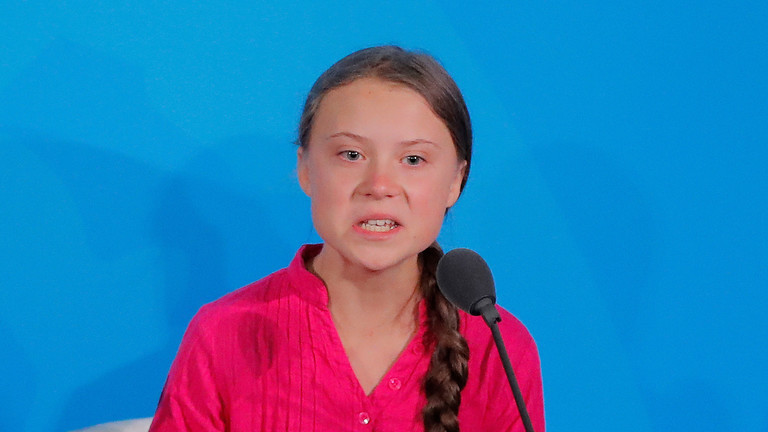 Child enviro-prodigy Greta Thunberg is ripping US Supreme Court nominee Amy Coney Barrett for declining to give her opinions about the cause of climate change, likening the judge’s restraint to lacking a view on gravity.

“To be fair, I don't have any views on climate change, either,” Thunberg said on Thursday on Twitter, mocking Barrett's answers in her Senate confirmation hearing. “Just like I don't have any views on gravity, the fact that the earth is round, photosynthesis nor evolution. But understanding and knowing their existence really makes life in the 21st century so much easier.”

The Swedish teenager's snarky attack came after Barrett dodged questions from Democrats this week regarding her views on climate change. For instance, Barrett told Senator Richard Blumenthal (D-Conn.) that she didn't think her views on climate would be “relevant to the job I would do as a judge,” and that she hadn't studied scientific data enough to offer an “informed opinion.”

And when Senator Kamala Harris (D-Calif.) asked Barrett whether she agreed with a series of obvious facts to set up a falsely analogous question on climate change, the judge said, “I will not express a view on a matter of public policy, especially one that is politically controversial, because that's inconsistent with the judicial role, as I have explained.”

Left-wing media outlets, such as Mother Jones, the Daily Beast and Salon chimed in with articles suggesting that Barrett is a “climate denier,” and Gizmodo said her “soft climate denial should be wildly disqualifying.” Climate writer Eric Holthaus said, “Quite simply, if you're neutral on climate change, you're complicit in the collapse of the planetary ecosystem upon which the survival of every living thing depends.” He called Barrett “scary” and suggested that she “isn't qualified to evaluate factual evidence.”

Out of all those quoted,

makes the most sense, and is the least fanatica or prejudicial, and the most logical.

Can anyone really be so stupid as to accuse people of being "climate deniers"?