Bolshevik Destruction of Russian Christianity, a Coup d'Etat by Jews

What does the Russian Revolution have to do with World War II?  Everything!  First of all, it was not a revolution but rather a coup de’ etat planned and executed by Jewish bankers and terrorists.  Everyone in Europe was horrified by what was occurring in Russia, and feared it would spread.

Attempts  were in fact made to implement Jewish communist governments in Germany, Spain and Hungary for example, so the threat was very real , despite the fact that there was a complete media blackout in the United States.  European Fascism and National Socialism was a REACTION of self-preservation, not a movement of aggression and control like we were told.

The destruction of European Christian culture was devastating, and changed Russia forever.  It is estimated that 60-90 million people were murdered during the Jewish reign of terror that lasted from 1917-1989.

The following article was written by the great Michael Walsh and originally published at Renegade Tribune here: http://www.renegadet...oo-crucifixion/Mr. Walsh has also written numerous books on this subject along with books about World War II and National Socialism.  Please check out his website here: https://europeanswor....wordpress.com/

Throughout the 1914 Russian Empire were listed 54,174 Christian churches. In addition there were 25,593 chapels, 1,025 monasteries, military churches and cemetery chapels. By 1987 only 6,893 churches and 15 monasteries remained. During the Jewish martyrdom of the Church the clergy of Western churches remained silent, media complicit, and capitalism flourished.

The German Reich from 1941 ~ 1945 was the only saviour of the crucified Church and its celebrants. Airbrushed from the Western narrative is the malign Jewish influence on what has been dubbed the Second Crucifixion of Christ. The Bolshevik martyrdom of Christianity was celebrated by atheists and those whose faith is to be discovered between the pages of the Talmud. 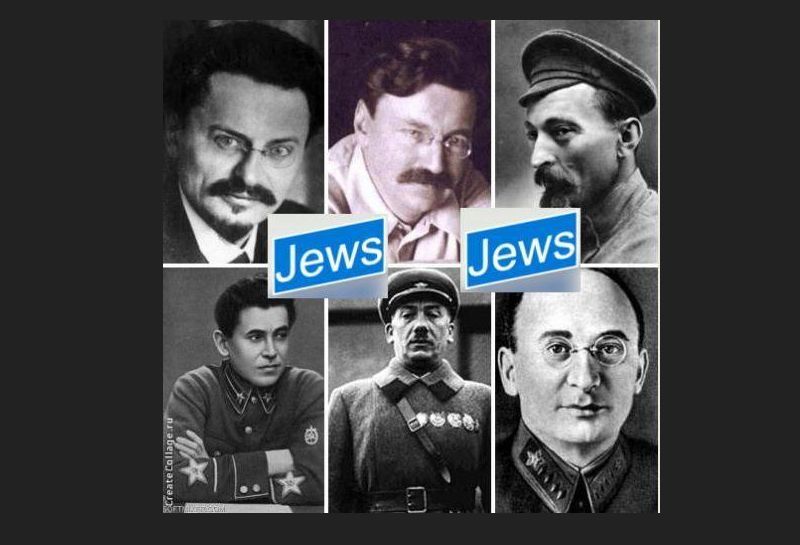 The desecration of all non-Jewish places of worship permeated from the top echelons of Soviet government. Genhrik Yagoda (Yenokh Gershevich Iyeguda) was director of the notorious Bolshevik security apparatus known as the NKVD. Under his direction 10 million people are known to have died. Yet, those hooked on Western media have never heard of the worst killer in history.

Genhrik Yagoda and his closest associates burned with a satanic hatred of all things Christian. An eyewitness account reveals that in Yagoda’s palatial home was an assortment of plundered Church icons. Genhrik Yagoda with other Bolshevik commissars enjoyed cavorting naked in the dacha’s dressing rooms. As they frolicked they pumped rounds of ammunition into priceless Orthodox artifacts. Finally, tiring of their perversity, they would bathe together.

Bolshevik propaganda and strategy was aimed at degrading the Christian faith, destroying its places of worship whilst slaughtering millions of non-Jewish celebrants. Hand-in-hand was opportunity to strip all places of worship of every vestige of Christian symbolism. Most artefacts were priceless and irreplaceable. Seized were the gold-plated domes of cathedrals and churches, gold iconostasis.

Plundered were gold and silver rizas. Rizas is the precious metals, gems and diamonds that decorate holy icons. Stripped churches were demolished and some converted into museums celebrating Bolshevik history. Many were transformed into storehouses, houses of Soviet culture, even private apartments. 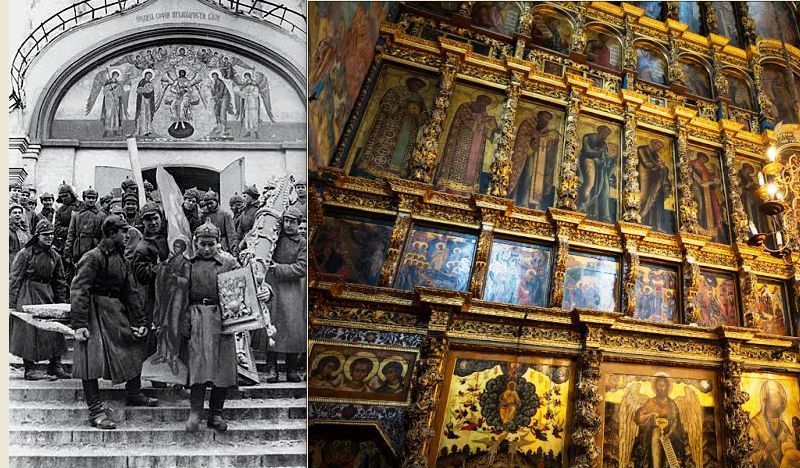 Left, Bolsheviks Looting a Christian Church - Right, these artifacts and cultural icons were melted down.

The Western narrative is that the Bolsheviks viewed ‘religion as the opiate of the people’. Untrue, the Jewish religion was spared. “Fifteen years after the Bolshevist Revolution the editor of the American Hebrew could write: ‘According to such information that the writer could secure while in Russia a few weeks ago, not one Jewish synagogue has been torn down, as have hundreds, perhaps thousands of Catholic Churches.

In Moscow and other large cities one can see Christian churches in the process of destruction; it is said the Government needs the location for a large building,” (American Hebrew, Nov. 18, 1932, p. 12) “Apostate Jews, leading a revolution that was to destroy religion as the “opiate of the people” had somehow spared the synagogues of Russia.” (p. 211)

February 1918, Lenin published his notorious decree that separated the Church from state and schools. Church property became state property. Soviet power from the very first days set about the total destruction of Russian, Ukrainian and Belorussia Christendom. On March 19, 1922, Vladimir Lenin in a letter to Bolshevik leaders: “The removal of values, especially the richest laurel, monasteries and churches, must be carried out with ruthless determination, stick at nothing stopping and pick up values in the shortest possible time.

The greater the number of representatives of the reactionary bourgeoisie and reactionary clergy will be able to shoot it will be better for us.” (Kremlin archives in 2 books / Book 1, The Politburo and the Church 1922-1925. M. Novosibirsk, Siberian Chronograph, 1997, p. 143).

Many monasteries, including the internationally acclaimed Miracles Monastery situated in the Kremlin, were plundered. After being totally stripped of all valuables this magnificent rival to St Paul’s and St Peter’s was completely destroyed until no trace remained. Monasteries were converted into factories and workshops. Some were used as shelters for cattle, arsenals, prisons, concentration camps, places for detention in which torture and the casual murder of prisoners was routine. 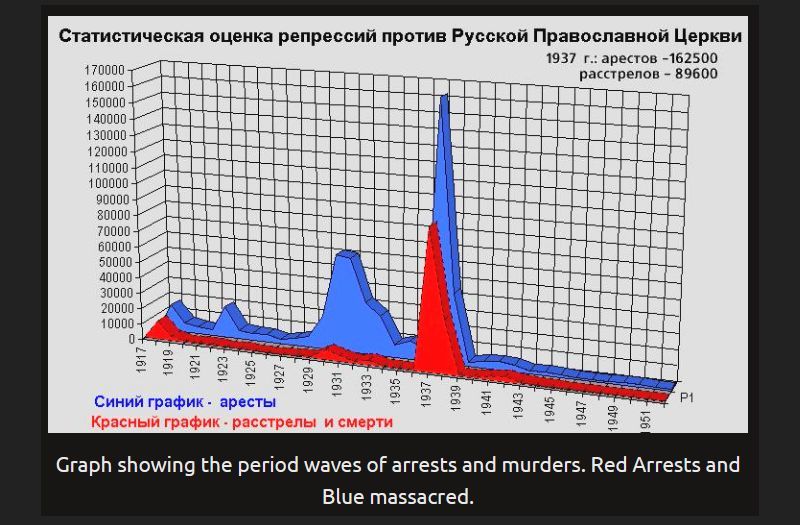 Deliberate starvation led to ten million peoples deaths in Ukraine; the figure is Stalin’s estimate. During this dreadful period the Soviets exported wheat and other arable foodstuffs to the West. Confiscated produce was sold on the German market to help fund the 1918 – 1922 thwarted attempt to overthrow the post-war German government.

The artificial famine served useful as a means of destroying the Christian Church. As a stroke of master deception, the Bolsheviks in December 1921 requested the Patriarch of All Russia for donations to assist the needy. The Bolsheviks used this ploy to justify the plundering of churches before the eyes of the credulous peasantry.

During the first months 33 pounds of gold, 24,000 pounds of silver and thousands of precious stones were seized. Priests and laity were massacred in their thousands as were hundreds of thousands of those who kept the faith. Rome and the heads of Western churches remained silent as did Western media.

The Church and Christian faith became a state sponsored object of abuse and mockery. In 1918-1920 the Bolsheviks pursued an active anti-church campaign. Opened, defiled and plundered were gold and silver tombs containing saintly relics. During the Resolution of the People’s Commissariat of Justice present at the opening of tombs there was much satanic symbolism and mockery practiced. 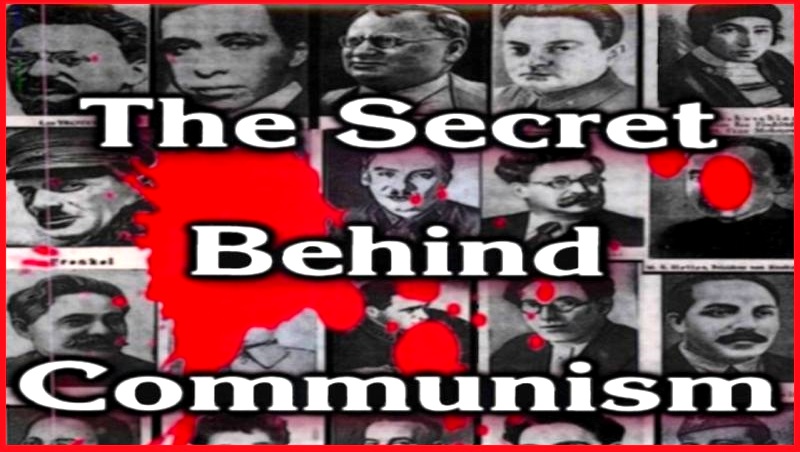 Video - The Secret Behind Communism.

The strategy was to institutionalize, weaken and discredit the Russian Orthodox Church. Its purpose was to eliminate veneration of holy relics and as a means to plunder the wealth of the Christian Church. A program of public denigration of saints was practiced. Reference to the mortal remains of saints and the martyred were publicly mocked as ‘blackened bones, dust and trash.’

On March 29, 1922 Donskoy Monastery was pulled apart after the silver tomb of St. Alexis of Moscow had been removed. During 1919-1920 years no less than 63 last resting places of Christian saints were opened, pillaged and destroyed. After two decades the destruction of the visible structure of the Church was close to completion.

The programme of total destruction of non-Jewish places of worship was extended to all Central and Eastern European countries ceded to Joseph Stalin by Britain’s unelected Prime Minister Winston Churchill and U.S President Franklin D. Roosevelt. Media obligingly spun the betrayal of Europe in a way they thought digestible; otherwise all was censored. 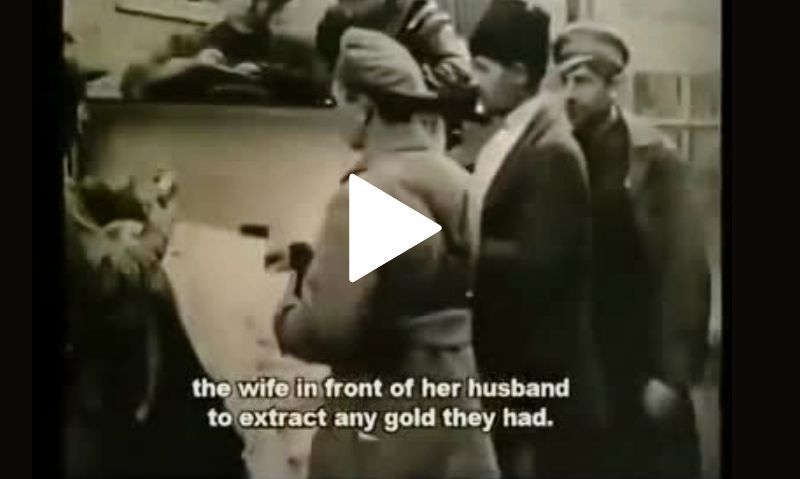 Video - In the Shadows of Hermes.

Some gold or silver reliquaries and tombs were placed in Soviet museums. The fate of most of the plundered precious metals is unknown. One can assume from the earlier disappearance of Imperial Russia’s gold reserves it ended up in the vaults and counting houses of Western banks.

The destruction of Christianity paused only during World War Two. Throughout German Occupied Europe and Russia the Church was restored, faith was encouraged and all places of worship were reinstated. Land was returned to private ownership. Repression and destruction resumed only after the Red Army, re-armed by American and British war industries, occupied regions previously occupied by the Reich.

Tyranny would continue until 1955-1957. However, in 1959 under First Secretary Nikita Khrushchev (the darling of the West) there began a new and terrible persecution. During Khrushchev’s tenure were closed more than 5,000 churches most of which had been earlier restored by the armies of the Reich. The Church in Bolshevik Europe no longer existed; the only ecclesiastic buildings permitted were Jewish synagogues. 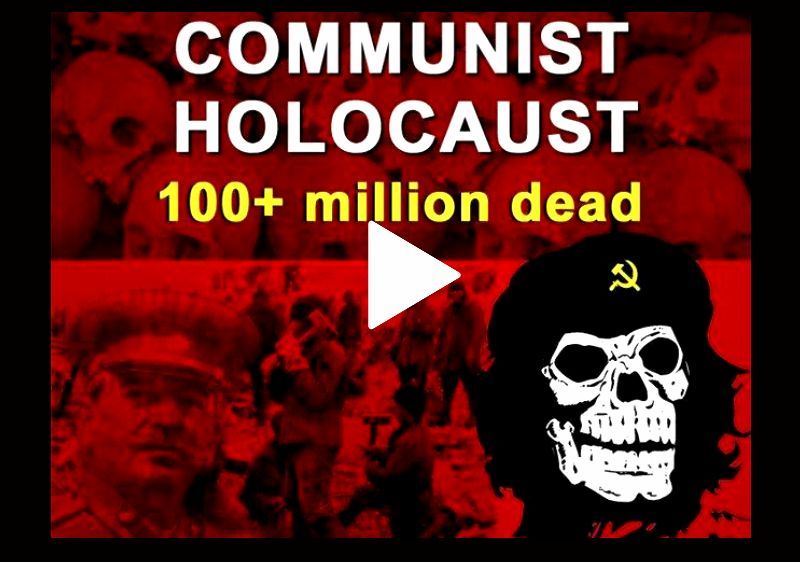